New character and weapon packs to be taken. 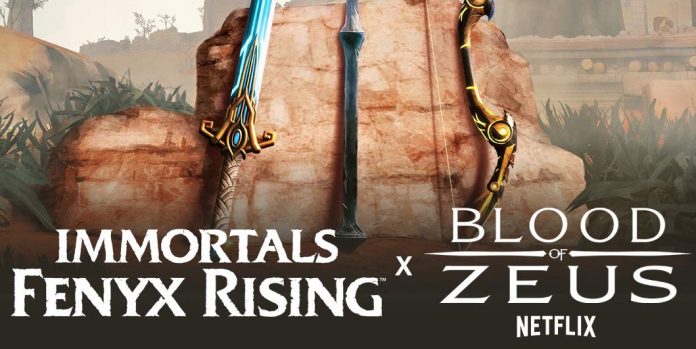 For those of you who play Ubisoft’s Immortals Fenyx Rising, starting right now a new update will let you experience the limited-time crossover event with Netflix’s “Blood of Zeus”. For fans of both the game and the show, you may want to check this out as there’s a bit of incentive for players here in the form of an all new character and weapon packs. 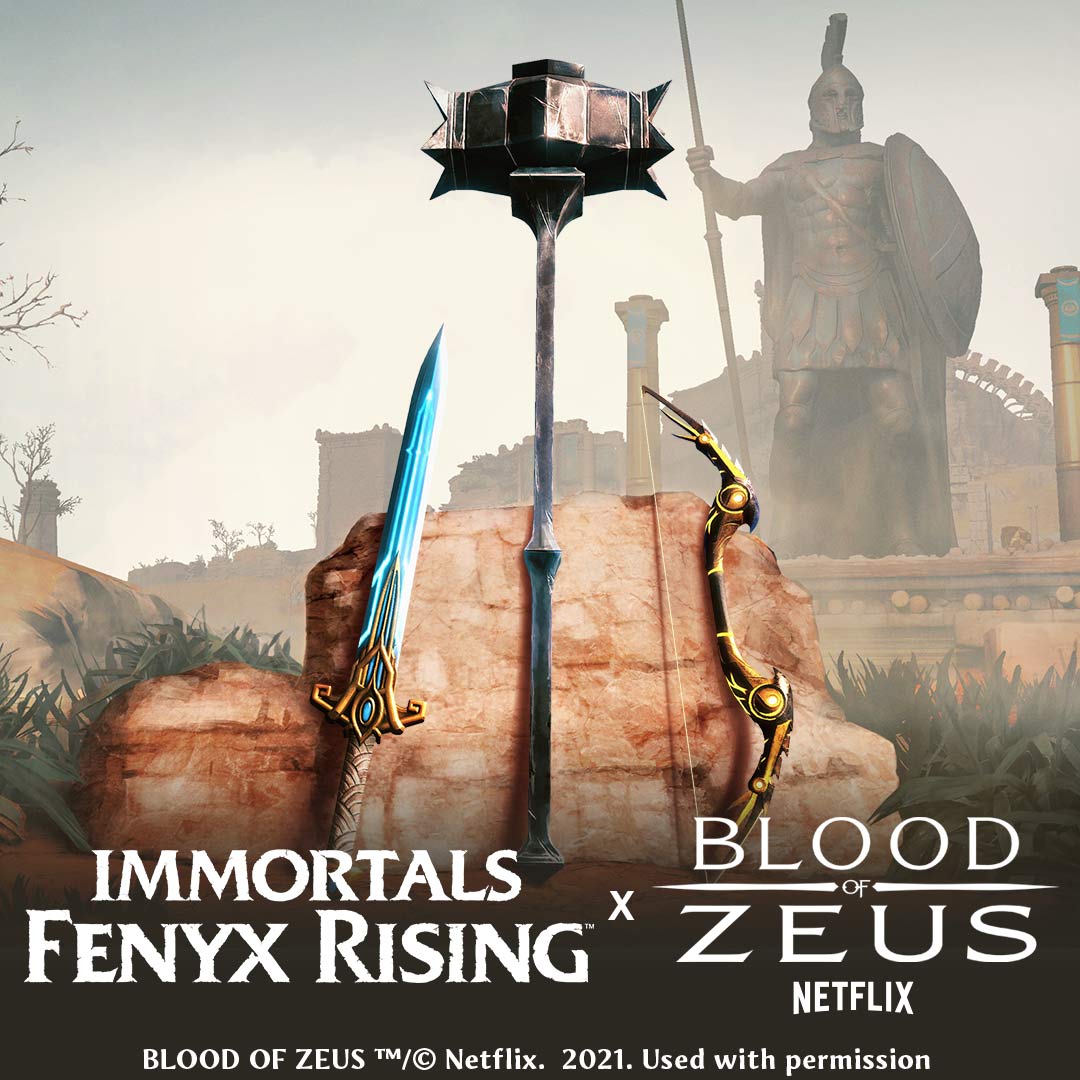 Hong Kong– JANUARY 22, 2021 – Starting today, players can experience a limited-time crossover between “Blood of Zeus” and Immortals Fenyx Rising™. Players will be able to dive into a Blood of Zeus–themed quest and purchase an all-new character pack and weapon pack.

From January 21th to January 28th, in a Blood of Zeus–themed quest called “A tribute to family”, players will take on two evil creatures of another world: Chimera and Cerberus. Upon completion of the quest, players will earn the Eagle pendant and all-new character customization options tied to “Blood of Zeus.”

Trust your demon chaser instincts and challenge your fate with the new weapon pack, containing Blood of Zeus–themed skins for your Sword, Axe and Bow. And, walk in the footsteps of the Amazonian warrior Alexia with the Blood of Zeus character pack, including Blood of Zeus–themed armor, helmet, wings, mount, and phoenix companion! Both the weapon pack and character pack will be available to purchase at any time, even after the conclusion of the crossover event.

Developed by the team at Ubisoft Quebec, creators of Assassin’s Creed® Odyssey, Immortals Fenyx Rising™ is an exciting new IP that takes grand mythological adventure to new heights.* Players will embody Fenyx, a new winged demigod, on a quest to save the Greek gods and their home from a dark curse. Only by mastering the legendary powers of the gods, overcoming heroic trials and confronting powerful mythological beasts, will Fenyx be able to take on Typhon, the deadliest Titan in Greek mythology. 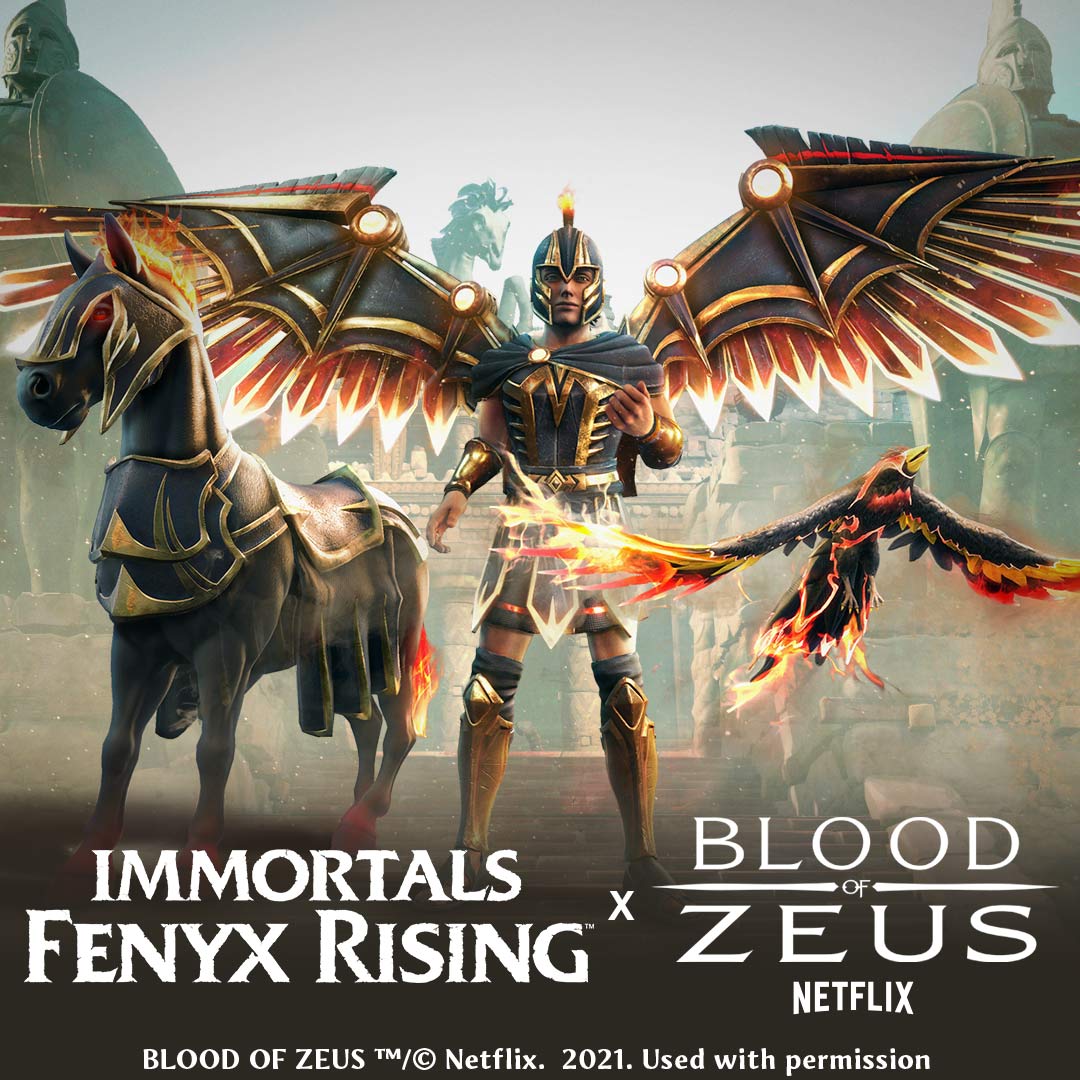 Better be quick as the event will only run for 7 days. Immortals Fenyx Rising is currently available for Microsoft Windows, Nintendo Switch, PlayStation 4, PlayStation 5, Stadia, Xbox One, Xbox Series X/S. You can catch Blood of Zeus on Netflix right now.