There were over 2 billion gaming Tweets in 2020! 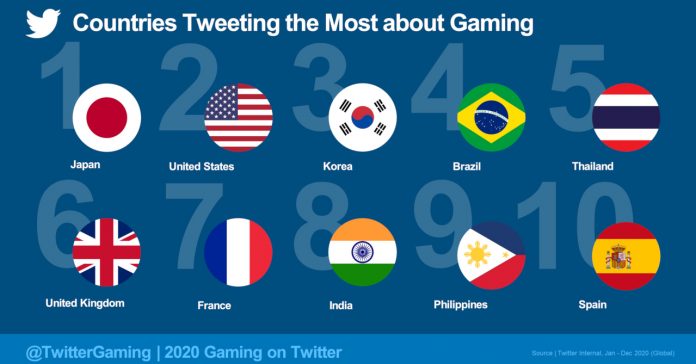 Because of the global events that happened in 2020, more people than ever stayed at home and played games last year. This fact is reflected on Twitter as there were over 2 billion Tweets about gaming throughout 2020. For comparison, gaming Tweets in 2020 is up 75% from 2019, with a 49% increase in unique users.

As for countries that Tweeted the most, Japan, the USA, and South Korea topped the list. Among the top 10 though is the Philippines which ranked 9th in gaming Tweets in 2020. What makes this stat even more impressive is that the growth of conversations on gaming in the Philippines rose to 87% from 2019 to 2020.

Curious which games Pinoys Tweeted the most about? Here are the top five most Tweeted games in the Philippines: 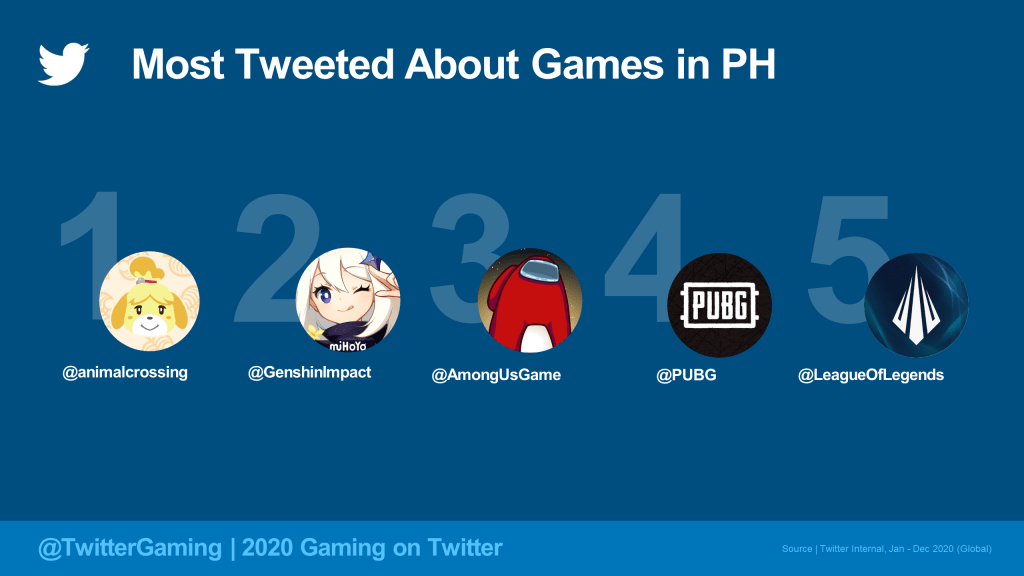 The popularity of Animal Crossing: New Horizons is no surprise given that the game released just as countries all over the world started quarantine measures. Aside from Animal Crossing, popular games in 2020 such as Genshin Impact and Among Us also got a lot of Tweets. Rounding out the top five are PUBG and League of Legends, two established competitive titles.

Meanwhile, here’s a look at the top 10 most Tweeted about esports teams in the Philippines: 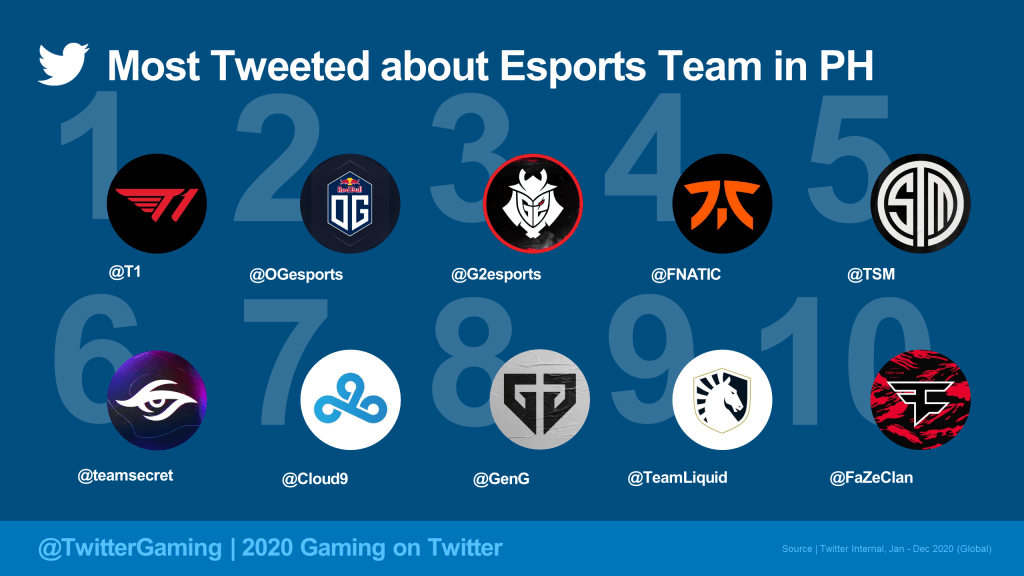 As expected, the most Tweeted teams include popular League of Legends and Dota 2 organizations such as T1, OG, G2, and more. T1’s place at the top is quite a surprise though, especially considering that the team was unable to qualify for Worlds 2020. This just goes to show how popular T1 is still among the LoL fanbase.

Curious about more gaming stats on Twitter? Here are the most Tweeted about games, personalities, and teams in 2020 worldwide: 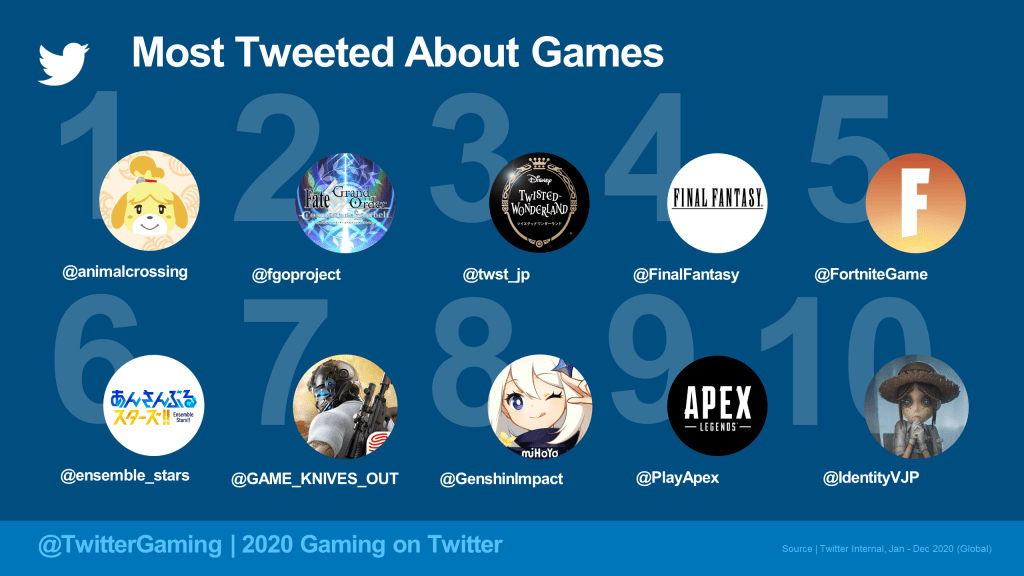 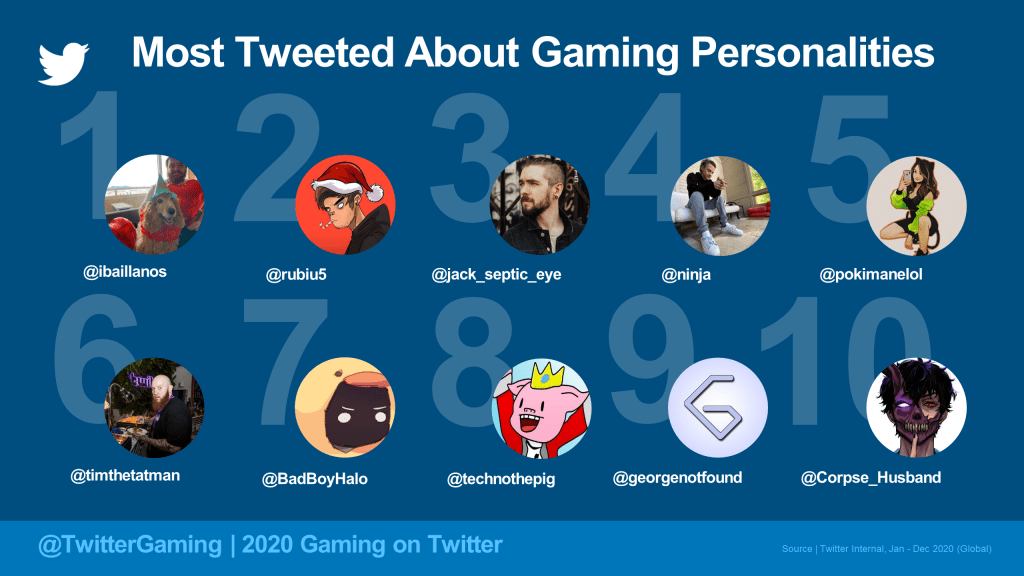 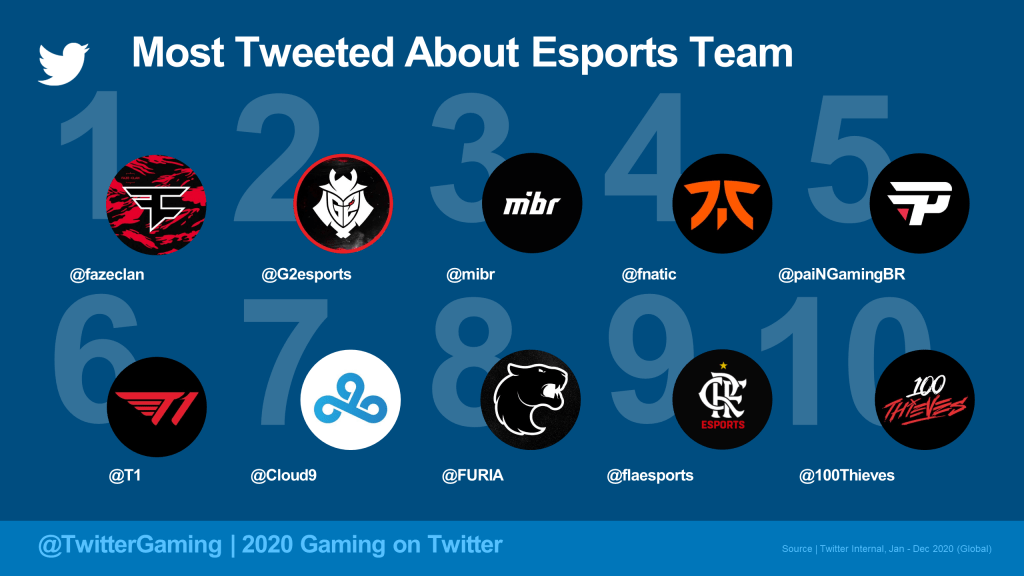 With 2020 being a record year for gaming, it will definitely be interesting to see which games, teams, and personalities will make a splash this year.

Stay updated on #WhatsHappening and keep an eye out for updates!