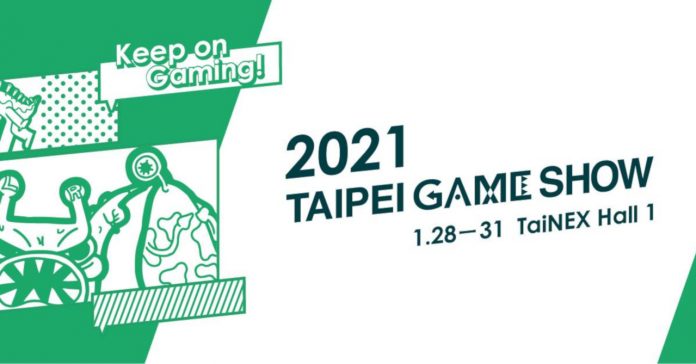 Following the event’s cancellation last year due to the pandemic, Taipei Game Show is back for 2021, and it will hold both physical and virtual events!

For this year, Taipei Game Show will be held at the Taipei Nangang Exhibition Center, Hall 1 from January 28 to January 31. The physical event will push through thanks to Taiwan’s handling of the the coronavirus. Of course, the event will still follow proper protocol, including temperature checks, mandatory mask wearing, and more for attendees.

The B2C Zone is the highlight for attendees of the physical event as it will feature booths for more than one hundred games. These titles include SLAM DUNK, Tower of Saviors, Arknights, Honkai Impact 3rd, Genshin Impact, and many more. Aside from popular console/mobile games, the event will also be a highlight for indie games and board games with the Indie House and Board Game Wonderland.

The B2C Zone will also feature the latest gaming tech from brands such as Republic of Gamers (ROG), GIGABYE AORUS, MSI, and Western Digital.

Finally, the B2C Zone will have an Esports Tournament Stage with tourneys for Just Dance 2021, League of Legends: Wild Rift, Valorant, and more.

To complement the physical event, there will also be a Taipei Game Show ONLINE stream from January 29 to 31. The show will bring 20 exciting programs which everyone can watch on the Taipei Game Show YouTube channel.

Taipei Game Show’s B2B Zone is back, and it is one of the largest game industry business networking platform in Asia. This year’s B2B Zone has more than 300 companies participating in its online business networking platform–GAME LINKER. These companies are from more than 35 countries and regions, including Japan, South Korea, Singapore, China, Philippines, the U.K., France, Germany, the U.S., and Canada.

The B2B Zone will also host the Indie Game Award, a ceremony that puts the spotlight on some of the best indie games from all over the world.

Finally, Taipei Game Show will host an online-only version of APGS. The summit features experts from Taiwan, Japan, Singapore, China, Thailand, the U.S., and France to share their insights on the latest industry trends in gaming.

Some of the highlights of this year’s APGS include a talk by Square Enix’s Shinji Hashimoto who will share his insight on Final Fantasy’s branding history over the past 30 years. Another highlight is a talk by Rod Chang, the senior director of Microsoft Xbox Asia, who will share how Xbox cooperates with game developers.

Taipei Game Show is happening from January 28 to January 31, 2021. For more info on the event, visit: https://tgs.tca.org.tw/index_portal.php.