The Pathless Review | A journey worth experiencing

A different take on the typical Open World formula.

With the sheer number of open world games recently, I’ll have to admit that I wasn’t exactly hyped about The Pathless at first. But after playing this game that tried to veer off the typical open world formula, I must admit that, while not perfect, The Pathless is a game that people should definitely try out.

Let me give you a quick rundown of what the game is for those of you who absolutely have no idea what The Pathless is. Story-wise, your character, the Hunter, arrives at a land where you need to take down an entity called the “Godslayer” that seems to be corrupting the life around you especially these god-like beasts who you’ll have to take down before facing him head-on.

As the name suggests, this is an open world game that doesn’t directly show you the path that you should take. That means no minimaps, no fast travel, no GPS-like markers to guide you to your next objective. It’s up to you to find your way through the world. You may be thinking to yourself “That sounds amazingly tedious” as that means that you are left to your own devices as you explore a vast open world. However, the game does give you 2 main things in exchange for taking away all that – a great traversal mechanic and a special sight mode that highlights points of interest. 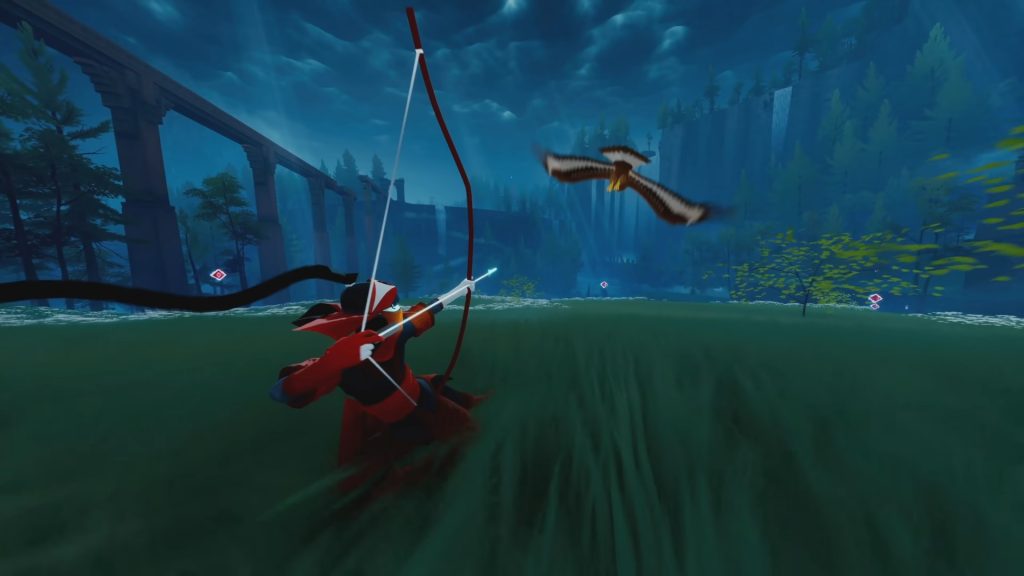 Your main weapon, which is a bow, is barely used for combat. Most of the time, you will be using it to hit targets to solve puzzles and to hit these eye-like gems that will help you traverse the land. You see, your character has a stamina meter that drains when you run. You’ll notice however, that this meter doesn’t fill back up when you stop running. Instead, the meter fills up when you hit the gems with your bow. Alternatively, when you hit these gems while you’re running or jumping, they will cause you to speed forward. Note that these gems are EVERYWHERE so moving around the world becomes something you WANT to do because your character can quickly and gracefully (if done right) blitz through large distances. This results is a traversal mechanic that not only looks good but feels good as well. And while, yes, a bow usually entails aiming, the game takes out that burden by making your arrows lock-on and practically home into your targets. When you hold the shoot button, you’ll get an aiming meter that will practically guarantee a hit if you fill it up completely or if you hit exact points in the meter (like the half way mark). As such, you’ll be more concerned with chaining your hits and timing your aiming meter rather than precisely aiming your shots.

You also get a bird companion that will allow you to glide through the air and can flap you upwards. How high the bird can take you will depend on powerups you can get via defeating bosses and by solving world puzzles. .

Considering the DNA of The Pathless, it’s suddenly becomes no wonder as to why the game has so much charm. The game was developed by Giant Squid who also developed “Abzû”. It was also published by Annapurna Interactive who is known for games like “What Remains of Edith Finch” and “Gorogoa”. The game’s music was composed by Austin Wintory who was also behind the music of “Journey”. Taking into account that these 3 entities got together to make The Pathless, it’s almost no wonder why they were able to create a gaming experience that has a unique and impactful way of telling a story in all aspects which is accompanied by a visual style that’s just beautiful to look at.

The game features very little in terms of dialogue and, as I initially mentioned, it very rarely tells you what to do. I found myself getting huge Breath of the Wild vibes while playing in terms of the overall world and the puzzles within it. You just have way less tips on how to do things. But even without any of that, I found that the puzzles had enough visual clues to them that coming up with a logical solution was never that hard to do. Even the fear of getting lost and/or not knowing what to do next was never that big of an issue. Simply running around and exploring for a bit while checking your Assassin’s Creed-like “eagle vision” would usually show you a point of interest that would either progress the story or lead you to a world puzzle that can get you some sweet rewards. 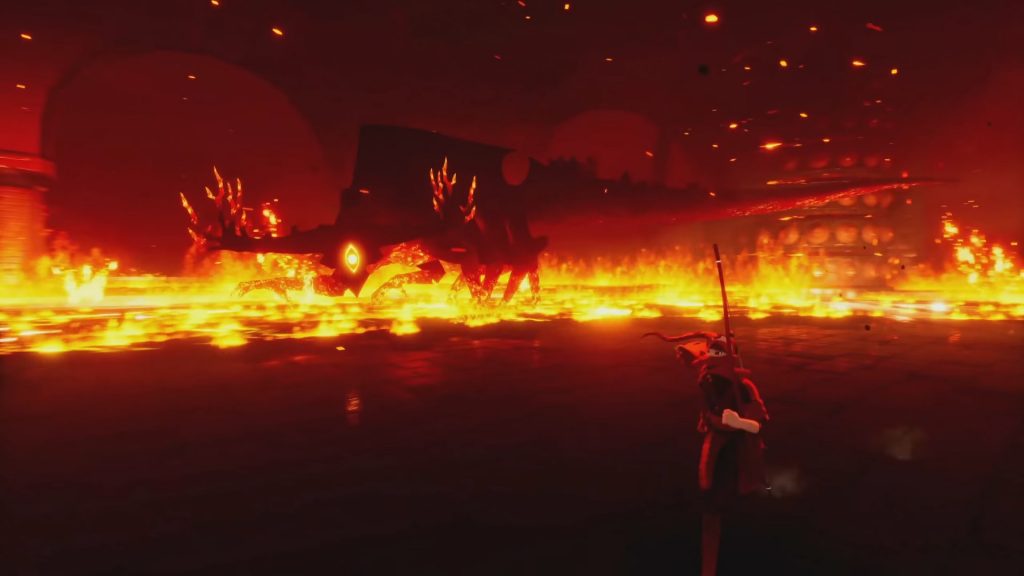 When it comes to the bosses you face, the vibe I got was quite close to that of “Shadows of the Colossus”. Once all puzzles in a region are solved, you then get a showdown with that region’s boss which usually becomes a nice chase scene, followed by a direct battle. Each boss fight has their own nuances to them along with some really good music to set the mood.

Everything I mentioned above mixes together to form this gaming experience that I can’t help but be enamored with.

A Few Bumps on the Road

Although, there aren’t many, this game is not without faults and, in my opinion, there are 3 main points where the path becomes a bit bumpy.

First is the forced stealth sections of the game. I mentioned earlier that when you solve all puzzles in a region, that’s when you trigger the boss fight. However, if you aren’t done with all the puzzles yet, the region has a sort of roaming red cloud where the boss is. If you get caught up on it, your bird becomes separated from you and you have to do this stealth section where you avoid the boss’ gaze. The problem here is that this section is such a momentum breaker. The best parts of the game is when you’re speeding through the land or when you’re doing puzzles to progress. To suddenly cut off that flow with something that feels increasingly tedious the more times it happens to you, is quite jarring from the core experience.

Second, the game almost feels like it barely has any stakes. Yes, the game shines while you explore but if you combine that with the almost wordless story-telling and the lack of NPCs to interact with, it almost feels like there’s no rush or sense of urgency for you to get on to your quest. Add the fact that your character pretty much can’t die, that also makes the boss fights too chill for my taste.

Finally, I can also see how this game might feel a bit repetitive for some. Not everyone will revel in the fact that the game is like 80-90% puzzle solving. While the puzzles do have their own nuances, this may prove to be a slog for people who want a better mix between puzzle and action. 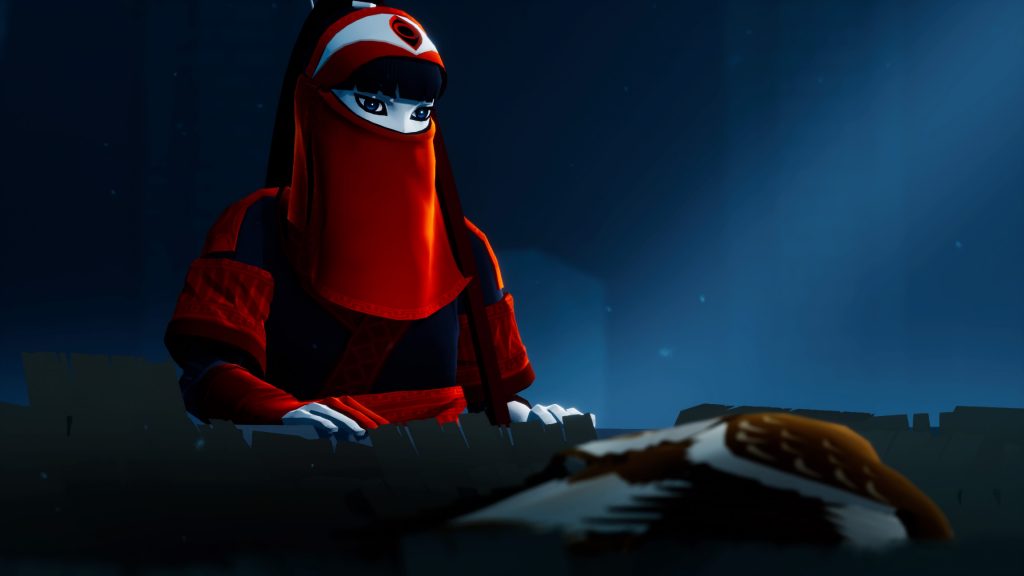 The Pathless is a roughly 10-hour game that shines bright as it takes a different path in how it deals with the Open World genre. In a time where there are just so many games that follow the usual formula, The Pathless is a breath of fresh air that gives you a wonderfully simple yet beautiful experience especially with its amazing traversal mechanic.

The game does have its flaws as its forced stealth section breaks the momentum that the game has. The lack of stakes and urgency as a side effect of its unique systems does take a toll as well. Players should get into this game with the expectation that this is more of an open world puzzle game with just sprinkles of combat here and there.

However, even with these flaws, this does not change the fact that The Pathless provides an experience that’s both different and worthwhile enriched further by its aesthetic beauty and impactful soundtrack.

The Pathless is a breath of fresh air that gives you a wonderfully simple yet beautiful experience as it lets you explore its world without no maps or trackers. This back-to-basics approach is enhanced by an incredibly fun traversal system. The game does have its flaws with its forced stealth sections as well as due to the lack of stakes and urgency that comes with having a world without barely any dialogue and a character that practically can't die. However, even with these flaws, this does not change the fact that The Pathless provides an experience that's both different and worthwhile enriched further by its aesthetic beauty and impactful soundtrack.The Pathless Review | A journey worth experiencing