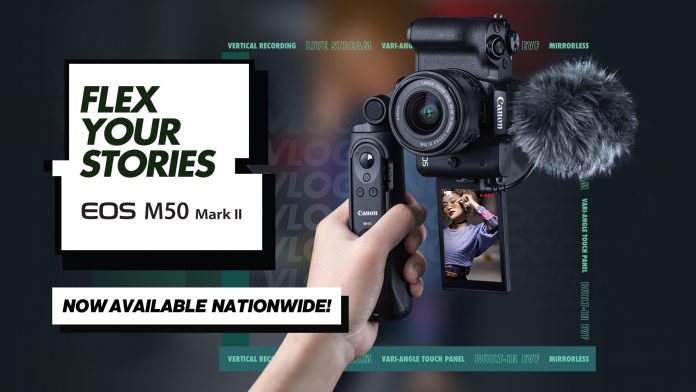 A couple of days ago, Canon announced an update to their best-selling compact mirrorless camera, the Canon M50. The Canon EOS M50 Mk II improves upon its predecessor and is a great versatile camera for content creators that need a bit more edge than what they’re smartphone can give.

Whether you are a parent looking to capture fleeting moments of your child’s milestones; a frequent traveler looking for a compact and fuss-free shooting experience; or someone hoping to start your own YouTube channel; the EOS M50 Mk II is designed to help create captivating photos and videos with ease. 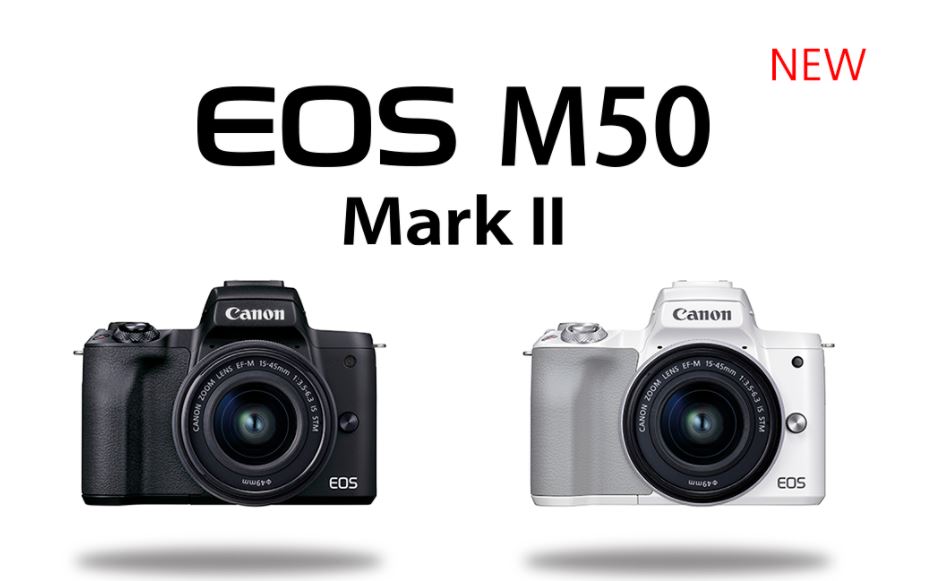 One of the key strengths of the Canon EOS M50 Mk II is it’s amazing eye autofocus feature which tracks the subject’s face (well in this case eyes) to ensure picture-perfect clarity on both still photography and on videos via its 24.1MP APS-C CMOS sensor and  its Dual Pixel CMOS AF. 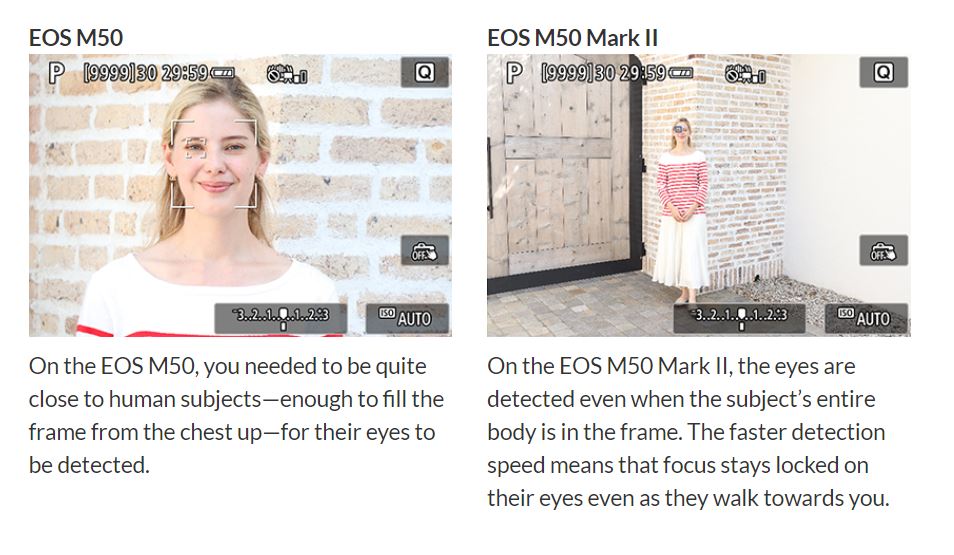 The EOS M50 Mk II has a continuous shooting speed of up to 7.4fps with servo AF so users can capture multiple shots of moving subjects such as children or pets. Its built-in high-resolution electronic viewfinder (EVF) makes for easy viewing even when shooting in the bright outdoors.

The AF frame display in EVF or LCD screen of the EOS M50 Mk II, which shows which part of the picture the camera is focusing on, has also been improved. It is now faster and tracks the subject more smoothly, so users will always know which part of the picture will be in focus without experiencing any on-screen lag. Display speed on the AF frame display in the viewfinder or LCD screen has also been improved on the EOS M50 Mk II, allowing for a better visualization of the tracking.

An EOS first, the EOS M50 Mk II makes full use of its touch-sensitive display with the new Tap AF feature where users can instantly switch focus from one person to another by just tapping on the screen, which is especially useful in group shots. This is in addition to the Touch & Drag AF, where users can move the AF frame by dragging their finger on the screen while shooting through the EVF. 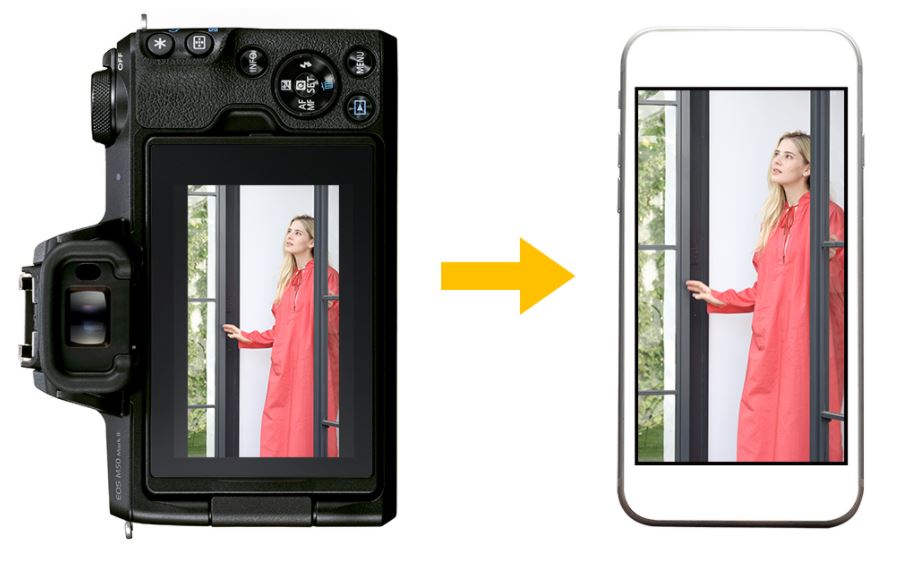 But perhaps the key selling point of the Canon EOS M50 Mk II is how it handles the various video requirements by today’s multiplatform content creators. Gone are the days when you’re just shooting content for one specific channel. The key thing now is to spread your content across various channel verticals like on IGTV, Facebook Stories or even TikTok –where vertical framed orientation is much more preferred.

With existing cameras, movies shot vertically are displayed smaller in a horizontal position when users play back the movie on a smart device. On the EOS M50 Mk II, an “add rotate info” option enables automatic vertical playback on smart devices, PCs and compatible social media, which enables a better viewing experience.

Couple this with the fact that the Canon EOS M50 Mk II has improved contrast AF algorithm which means enhanced AF stability whenever you shoot up to 4k of videos with the EF-M lenses. 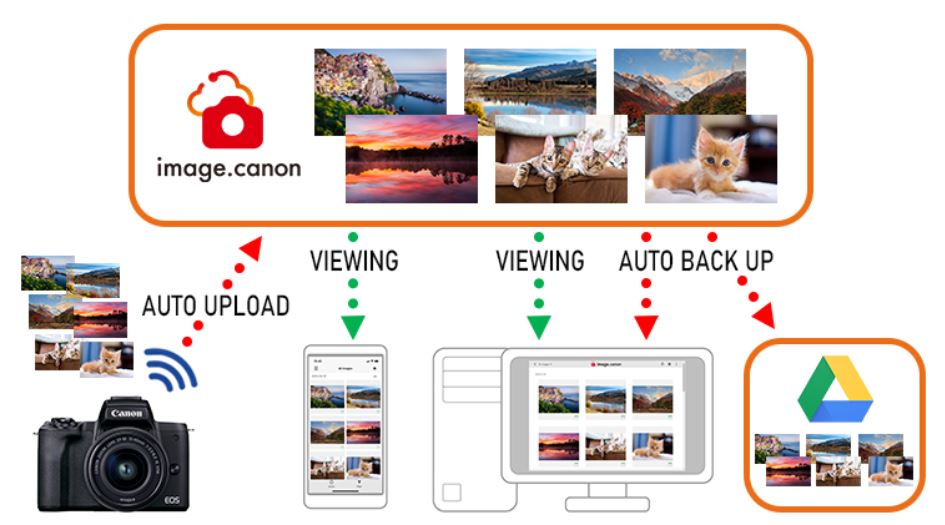 Equipped with a Vari-angle LCD monitor and features such as touch screen recording, movie self-timer and an external microphone jack, the EOS M50 Mark II make it intuitive and easy for vloggers to record videos and do live streaming. 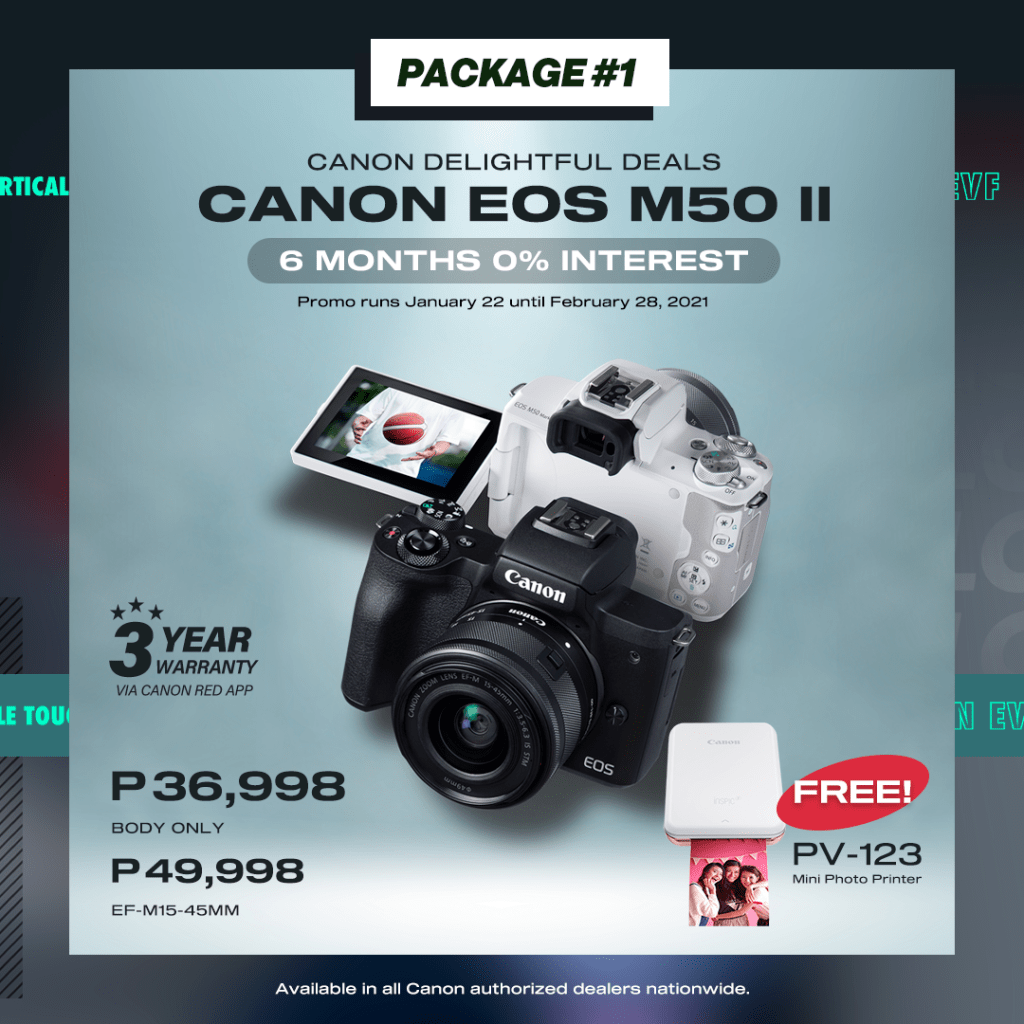 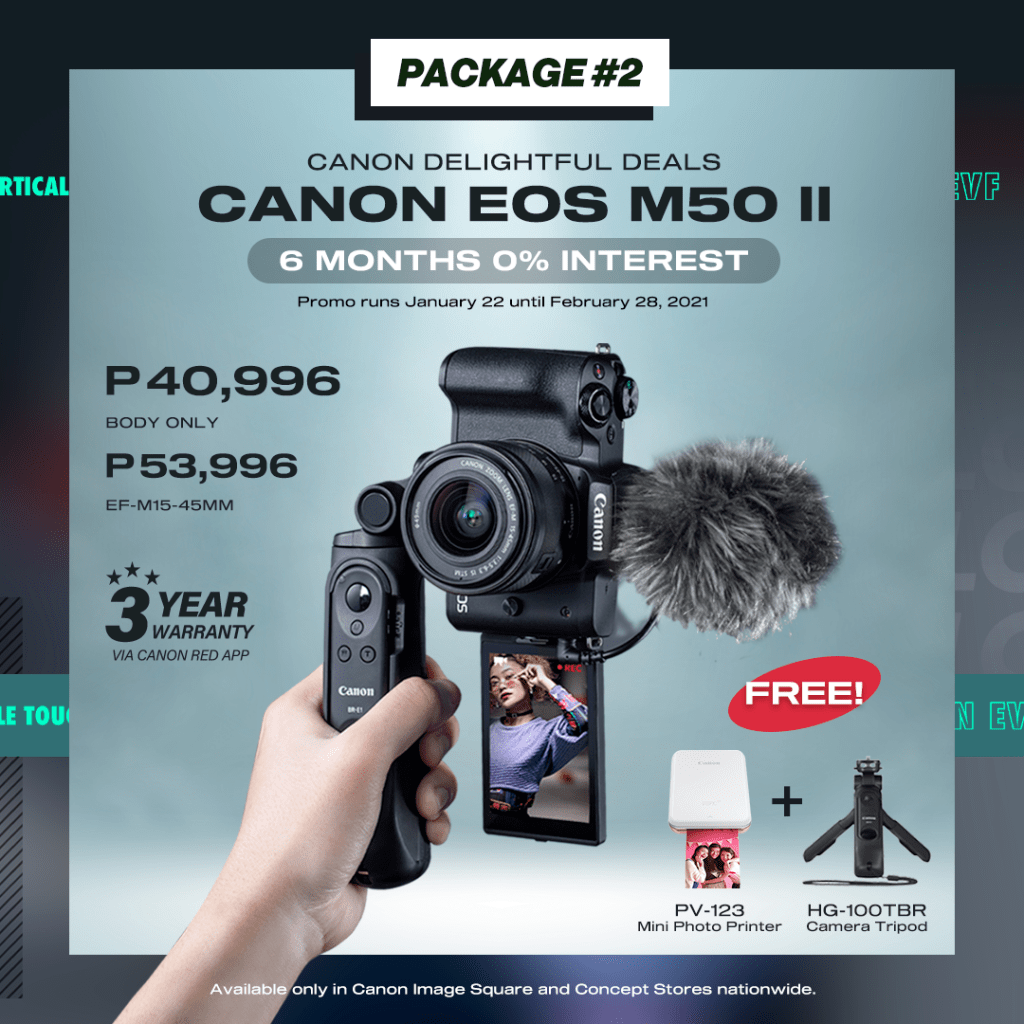 For more on these, do check them out on their official social pages.