For Honor marks its major milestone with an interesting collab. 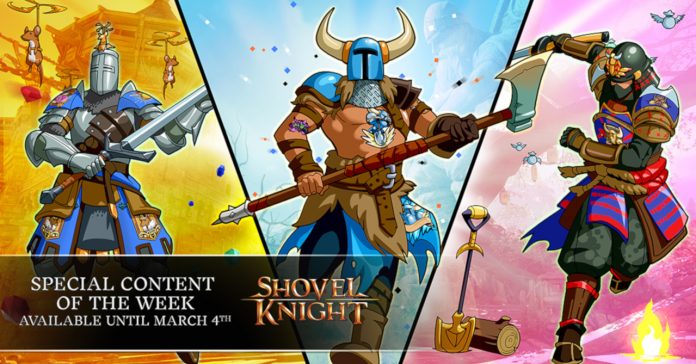 Ubisoft celebrated For Honor’s fourth anniversary with the announcement of For Honor’s Year 5: Year of the Covenants. Year 5 brings an additional year of content to For Honor, all while continuing the narrative arc that began in Year 4. Along with the Year 5 Roadmap, Ubisoft also released a For Honor x Shovel Knight collab.

The Year of the Covenants will officially kick off on March 11, 2021. More details for Year 5 was revealed in a Warrior’s Den livestream, which you can watch here.

In addition to the Year 5 roadmap, For Honor introduces an in-game crossover with Yacht Club Games’ Shovel Knight, and it is available now for all players. Players can dig into Shovel Knight-themed content, including a Shovel Drop Emote and 3 Illustrious Outfits, each featuring Ornaments, Mood Effects, Symbols, and more. The Emote will be available for 10,000 Steel while the Outfits will be available for 15,000 to 20,000 Steel each. All items are available via the in-game store from now until March 4, 2021.

For more info about For Honor, visit forhonorgame.com.