Hitman 3 is the World of Assassination trilogy at its best, and its worst

It all depends on what you are looking for a in a Hitman game. 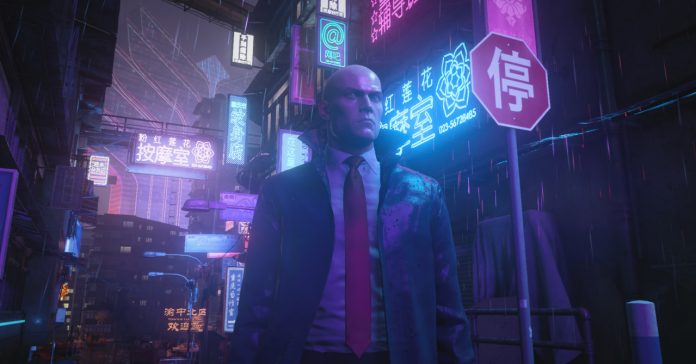 Hitman 3 is the third and final game in the World of Assassination trilogy, and it will be the last Hitman game we’ll see in the near future, with developer IO Interactive now focused on their James Bond project. Even if Agent 47 will likely go on a bit of a hiatus as 007 takes the stage, Hitman 3 ends the World of Assassination trilogy at a high point, with critics heaping praise upon the game, so much so that it is now the highest-rated installment in the trilogy on Metacritic.

Having finished (and replayed) Hitman 3, I can say that it might just be the best installment in the new trilogy, with the game having missions that expertly twist and tweak the series formula, as well as a stronger narrative with a more distinct atmosphere. But for the same reasons, Hitman 3 can also be said as the World of Assassination’s weakest.

(Note: This article contains story and mission spoilers for Hitman 1-3)

Why it’s the best entry in the trilogy

In terms of gameplay, IO Interactive did not exactly transform the Hitman 2 formula (and Hitman 2016 for that matter) for the latest installment. Barring the addition of the camera and keypads, Hitman 3 plays exactly like its predecessor would. That is not a bad thing as Hitman 2’s gameplay can already be seen as “peak Hitman”, though the third game’s lack of new additions means it can’t really be called innovative—except when it comes to mission design. 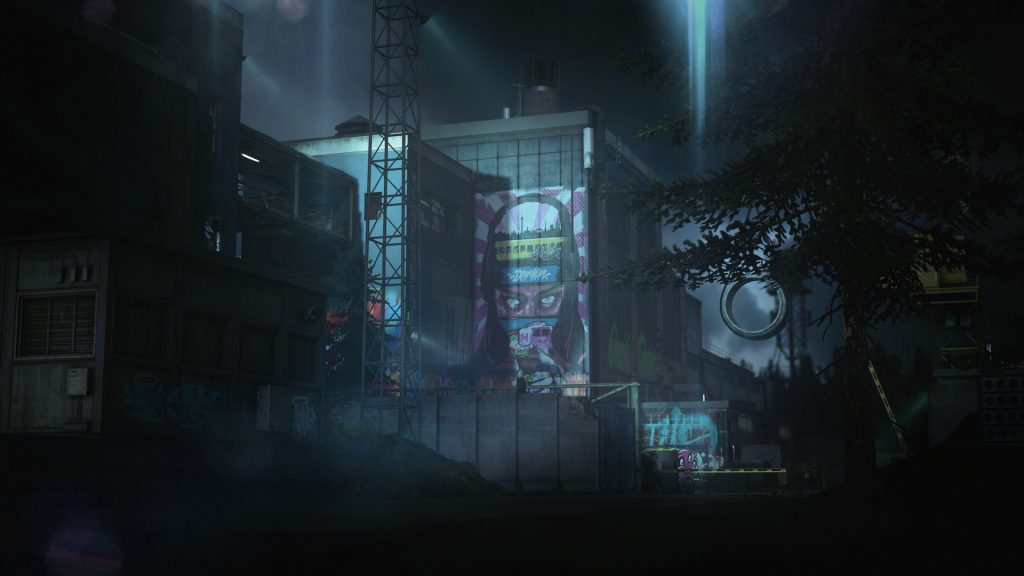 In pretty much every Hitman mission from the previous two titles, 47 is tasked with killing two or three targets, and maybe accomplishing a certain task. In Hitman 3’s Berlin mission though, the standard formula is turned on its head. Instead of having intel on your targets ahead of the hit, 47 instead must find the targets on his own, all while being alone as his constant companion, Diana Burnwood, is not in the mission. Along with the lack of intel, there are also no Mission Stories to help guide the players to practically guaranteed kills, meaning they must rely on pure knowledge of the game’s systems to accomplish the objective.

Berlin is the biggest departure from the standard formula, but the other missions also bring unique twists. For one, Dartmoor involves probably the best Mission Story in the whole trilogy—a murder mystery straight out of Knives Out or Clue where 47 is tasked with solving a murder in an old manor. Then there’s Mendoza, a mission where Diana Burnwood is on-site; while you must take care not to have her killed, Diana can help you out in eliminating the targets. Plus, Mendoza’s mission stories even feature 47 himself as the narrator—a treat if you are like me and will gladly listen to David Bateson reading a phone book. 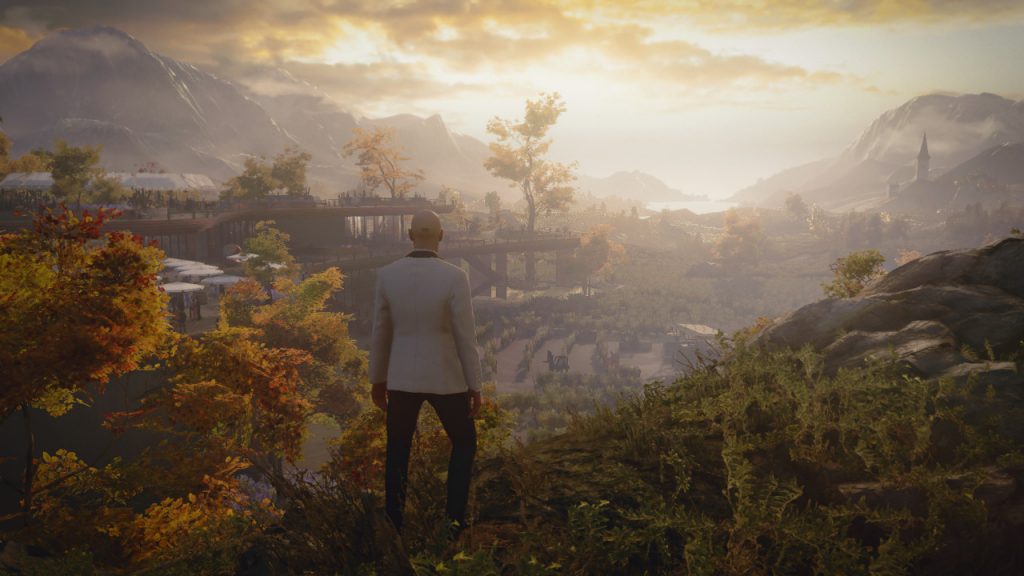 Even if core gameplay is pretty much the same as its predecessors, most of Hitman 3’s missions have unique twists and tweaks to make for a stand-out game. Though level design isn’t the only reason why the game is the best, there’s also the fact that it has the tightest narrative in the trilogy paired with a more brooding (and subsequently more memorable) atmosphere.

In Hitman 2016, there was not much of a story until after the 4th mission in Bangkok. After that, the game’s overarching narrative of the Shadow Client versus Providence was revealed. While Hitman 2 had more story emphasis than the first, much like its predecessor, the narrative only became truly part of each mission 2/3rds of the way in when 47 and Diana switch sides help the Shadow Client aka Lucas Grey. 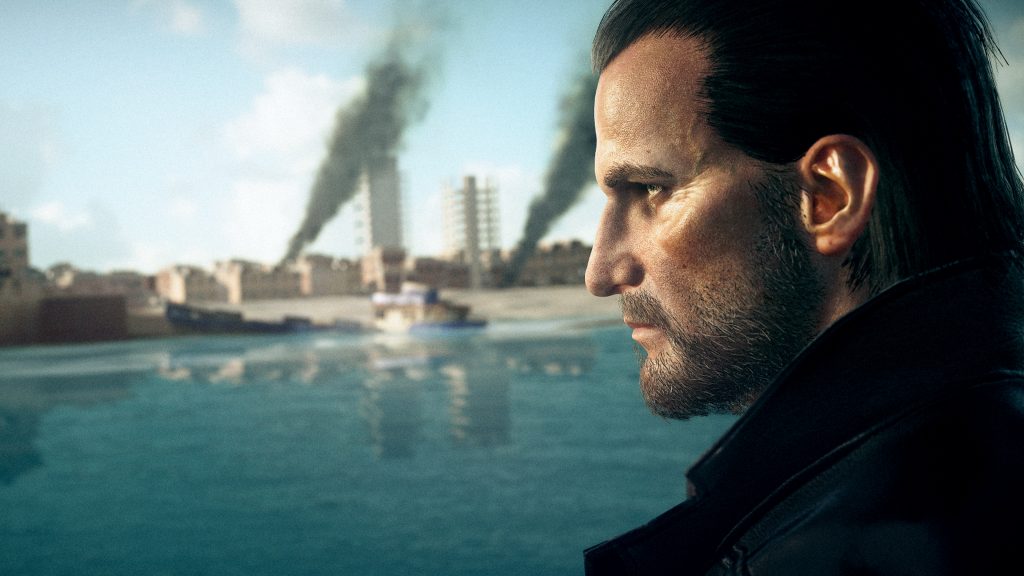 The third game is different though as each mission has a direct effect on the story. This does not come as a surprise as the game serves as the conclusion to the trilogy, but the fact the missions have more weight in the narrative makes each level have more stakes, making for a more compelling playthrough. Then there is the fact that each level flows incredibly well with one another.

While the game starts off in a glitzy Dubai skyscraper that is not unlike the glamorous Paris and Miami missions, Hitman 3 takes a turn towards darker and more brooding locales. Dartmoor for instance, has an ominous atmosphere that hints at a sense that something is or will go wrong, and it does. Berlin follows it up with a grim and dangerous feel (with a techno rave as a nice counterpoint), after which 47 travels to Chongqing, a location taken straight out of Hitman: Contracts with its gloomy, neon-lit streets. 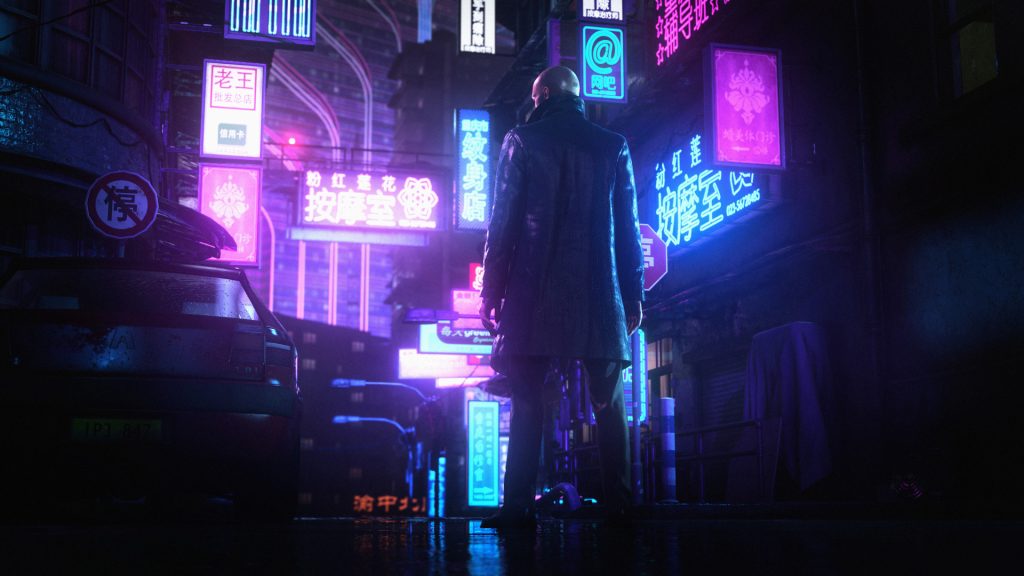 After a series of (often literally) dark missions, Hitman 3 transports 47 to Mendoza, a winery with a warm afternoon glow. Aside from being set in a beautiful, Mendoza comes with a sense of finality to it, like the level is IO a culmination of everything that IO Interactive set out to do in the World of Assassination trilogy, complete with familiar faces such as Dexy Barat (from Htiman 2016’s Bangkok) and with NPCs making remarks towards the various hits that 47 undertook in the whole trilogy. The warmth of Mendoza then leads to a cold and snowy conclusion in the Carpathian Mountains where the game’s action-packed conclusion is set.

The fact is, the game not only has more narrative heft, the levels in it are also arranged in such a way that each mission complements and serves as a counterpoint for the previous and the next one. Hitman 3, then, is a masterclass not only in level design, but also in structure.

Why it’s the weakest installment

As the missions in Hitman 3 offer unique takes on the series formula, they provide incredible experiences, especially on the first run. On the flip side, this makes some of the missions lose their impact in subsequent playthroughs, meaning Hitman 3 possibly offers the least amount of replay value in the trilogy.

For instance, Berlin is an incredible mission to experience for the first time, but when you play through the map again and discover that the targets are just glorified enforcers, it can dampen the need to replay the mission. Sure, trying to kill all 11 targets is quite a bit of fun, but the lack of wacky mission stories and larger-than-life targets makes the level feel a bit dull after a couple of tries. 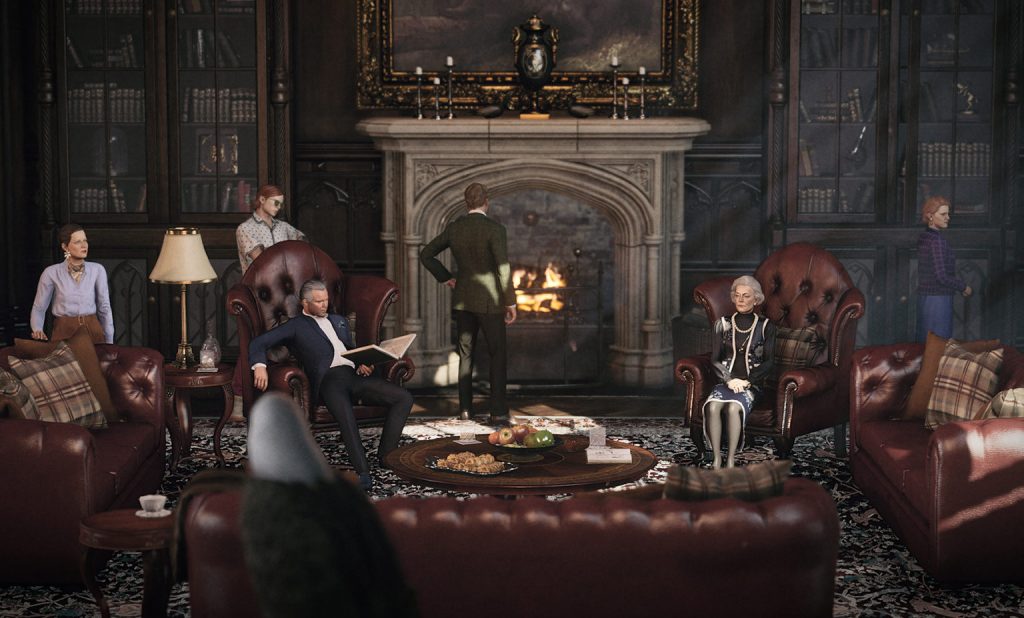 Dartmoor also lacks replayability, but the reason is entirely different from Berlin. While the mission does have the incredible detective story, it seems that the map was made just for that opportunity. Outside this mission, the other stories are also quite funny, but they are a bit on the short side. The map also lacks areas where 47 can roam around freely. Coupling all of this with the fact that there is only one assassination target (as the other task is to get a file) can make Dartmoor feel like a one-trick level.

Then there’s the final level set in a moving train in the Carpathian Mountains. As a big shootout is de rigueur for a Hitman game’s finale, the last mission does feel fitting. While it’s fun to just shoot enemies after five missions of stealthy play, the lack of options and the fact that it feels like one long hallway (it is a train after all) means you likely won’t be itching to play the level again.

Chongqing and Dubai do offer more replay value than the other maps, but it seems that they lack the breadth of levels such as Sapienza, Mumbai, or Miami. The only map that comes close to the scope of the aforementioned levels is Mendoza, and even that could use another mission story or two (even counting the secret mission story). 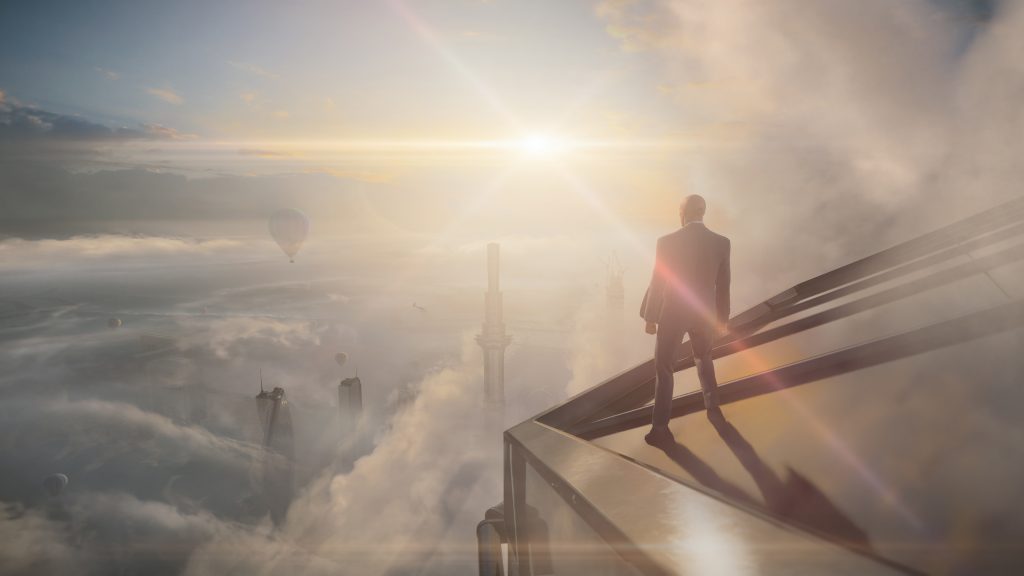 To compound the game’s relative lack of replayability compared to its predecessors, the fact is that there isn’t much to do outside of the campaign missions. While it is an unfair comparison as more Hitman 3 content is on the way, as it stands right now, the previous games just had more to offer with their bonus missions and Sniper Assassin mode in Hitman 2. The second game even got two more campaign missions as DLC; Hitman 3 meanwhile, likely won’t get any other campaign levels. 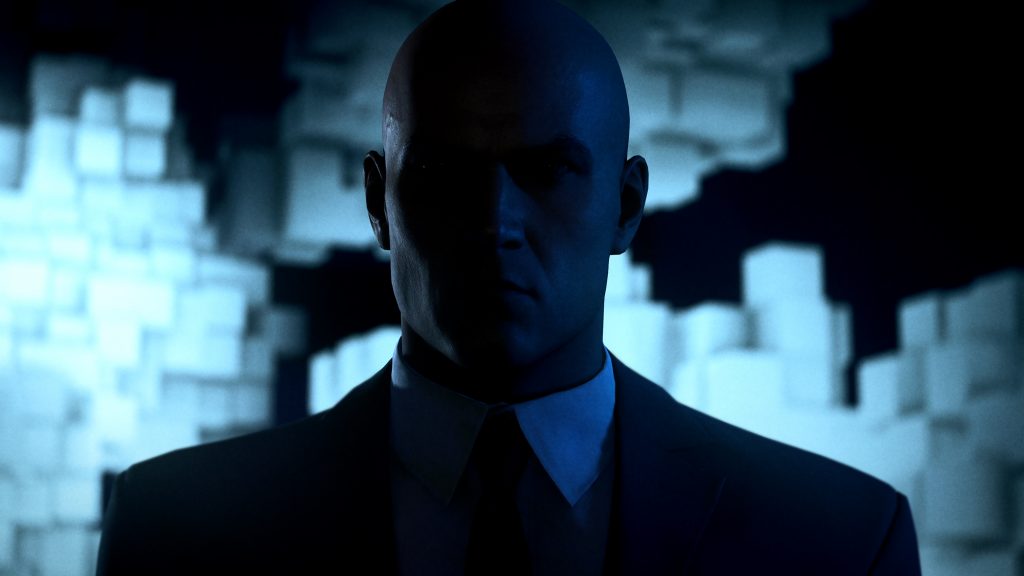 So, how can Hitman 3 be both the strongest and weakest game in the trilogy? It all depends on what you want from a Hitman game. Personally, I consider Hitman 3 as the best game not only in the World of Assassination trilogy, but also in the Hitman series as a whole. This is mostly because of my preference for a stronger narrative, appreciation for the different takes on Hitman mission structure, and the fact that I love the moody atmosphere of the game as it reminded me so much of Contracts (which is my favorite of the older Hitman games).

Not all Hitman players are like me though. As I’ve said above, there are players who care little for the overarching narrative and prefer mastering large sandbox levels. If this is more of what you want from a Hitman game, the final installment might just be the weakest entry. Not disappointing or bad mind you, but it just lacks missions with near limitless replayability like Sapienza or Miami.

Still, even if you consider Hitman 3 the weakest entry in the trilogy, the “worst” game in the World of Assassination trilogy is still an incredible stealth game that’s well worth playing, especially as there’s just no game quite like it. I mean, is there any other game that lets players eliminate a target with a grape presser? I don’t think so.