Ever wanted to become a VTuber? Here's your chance! 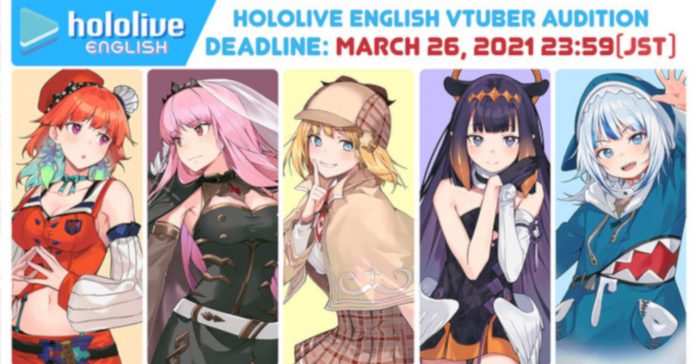 With the rise of Virtual YouTubers over the past year, we’re sure lots of fans also want to try out being a VTuber. If you’ve ever wanted to become one, now’s your chance as COVER Corp. has just announced that it is holding the second round of Hololive English Virutal YouTuber auditions!

Interested? Here are the requirements for Hololive English’s next wave of auditions:

Pretty simple requirement right? Well, this means Cover Corp. is open to pretty much anyone, though of course you’ll have to have the chops for streaming and content creation. After all, the first generation of Hololive English (as well as the rest of the Hololive VTubers) are incredible content creators in their own right. 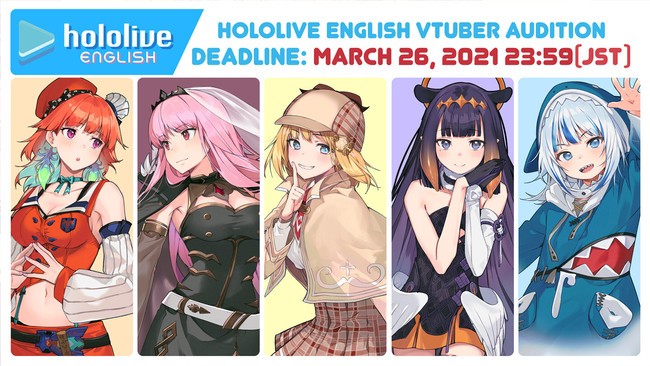 In case you’re unfamiliar, Hololive is a VTuber agency founded by Japanese company, COVER Corp. Hololive started off back in 2016 with only Japanese-speaking VTubers, but has since expanded with the debut of Hololive English, Hololive Indonesia, and the male Holostars group. Currently, Hololive has over 40 active VTubers.