Ubisoft has also released a free demo for the game. 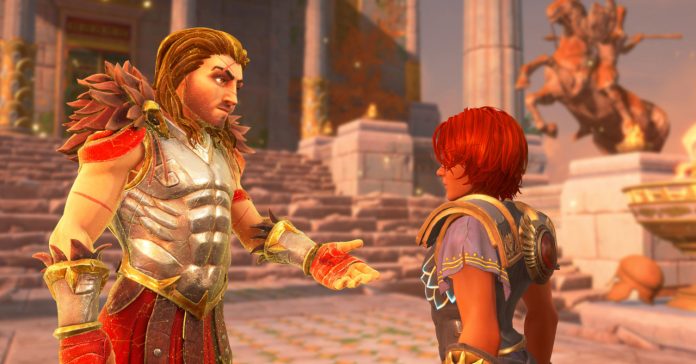 Following the release of Immortals Fenyx Rising back in December, Ubisoft has released A New God, the first DLC for the game. This DLC for the game introduces several new hameplay mechanics, as well as a new location–the Olympos Palace.

In A New God, players will once again take on the role of Fenyx who most overcome the Trials of the Olympians. Aside from taking on challenging trials, players will also get to unlock a new gear set with perks such as letting you perform additional jumps.

With the DLC, players can also access four new ability upgrades for Fenyx:

Along with the new DLC, Ubisoft has also released a free demo for Immortals Fenyx Rising. For the demo, Ubisoft created an exclusive archipelago that’s inspired by Aphrodite’s region of the game, and it allows players to try out a mix of combat, exploration, and puzzle solving.

Immortals Fenyx Rising: A New God and the free demo are available now on PC, PS5, PS4, Xbox Series X|S, Xbox One, Switch, and Stadia. To access the demo, players can either purchase the Season Pass for USD 39.99 (which includes access to all three soon-to-be-released DLC packs) or buy it on its own for USD 14.99.