Well this was unexpected. 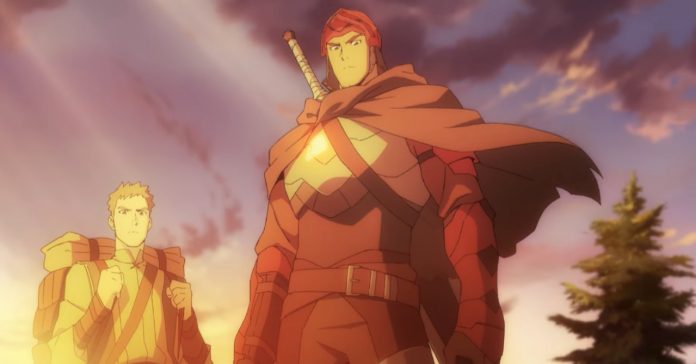 Netflix has just released the first trailer for DOTA: Dragon’s Blood, an upcoming animated series that takes place in the Dota universe!

Check out the announcement trailer for Dragon’s Blood here:

For its story, DOTA: Dragon’s Blood will follow Dota hero Dragon Knight aka Davion. While Davion will be the series’ main protagonist, other heroes such as Mirana will make an appearance in the series.

“The sweeping fantasy series tells the story of Davion, a renowned Dragon Knight devoted to wiping the scourge from the face of the world. Following encounters with a powerful, ancient eldwurm as well as the noble Princess Mirana on a secret mission of her own, Davion becomes embroiled in events much larger than he could have ever imagined.”

We're excited to announce a brand-new anime series exploring the Dota universe like never before. As fellow fans of Dota and its passionate global community, we look forward to sharing this new adventure with you when it premieres on Netflix March 25.https://t.co/rHcL5QSi5b

A Dota-inspired animated series is quite a surprising move from Valve. After all, there has been no indication that Valve has been working on any Dota-related project that isn’t a game. In fact, we were expecting Dota’s rival, League of Legends, to gets its own animated show first given LoL already has several animated shorts.