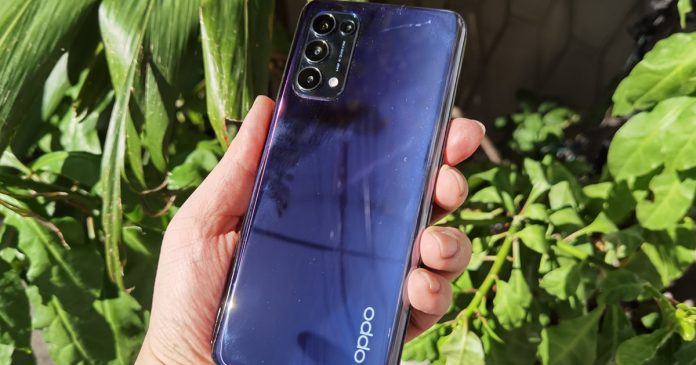 The latest Reno series from OPPO has officially made a splash in the Philippines with the widespread release of the OPPO Reno 5 (4G) and OPPO Reno 5 (5G). While the 5G variant obviously is the hero product among the two, we’re here to see if the 4G version can be considered as a legitimate upgrade to the previous generation and if it’s going to compliment your everyday geek and gaming lifestyle. 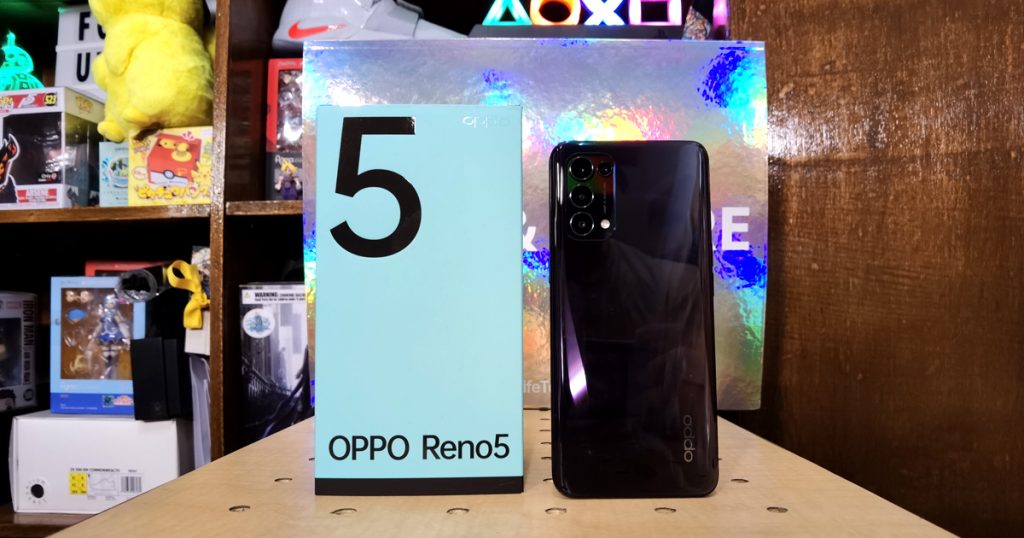 In our Unboxing Video and First Impression Article, we noted how we’re big fans of the simplified design of the OPPO Reno 5…right down to the product packaging. Since we’re scrutinizing design anyway, might as well start with your very first interaction with the product and that starts with the overall packaging. 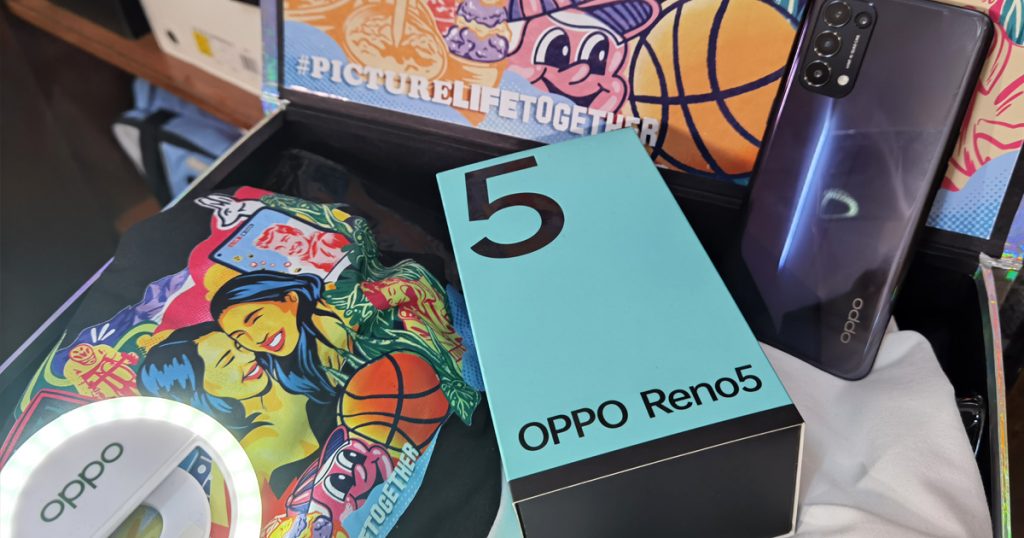 While it retains the same box structure that we’ve seen since the OPPO Reno 3 days, the box for the OPPO Reno 5 does away with tacky graphics and odd typeface choices that somewhat diminishes the otherwise classy branding of the Reno. The one on the OPPO Reno 5 is much more streamlined, packing a tiffany blue jacket and a bold but simple typeface that portrays dignified luxury and makes it seem that the brand is much surer of itself now than it was before.

This bravado definitely translates to the phone design as well. 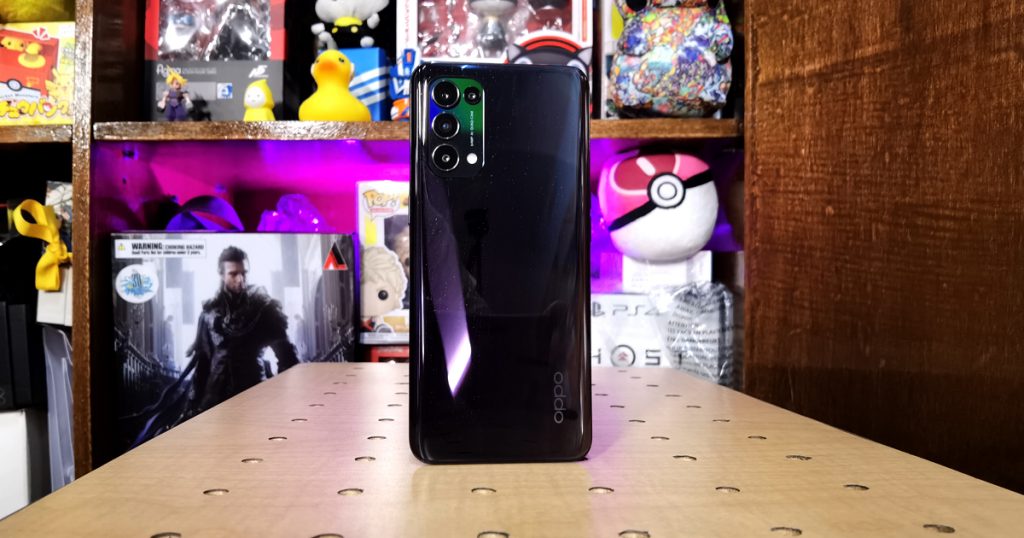 Doing away with more trendy colors, OPPO decided to redefine classic colorways with just a color-refracting pearlescent silver called Fantasy Silver for the 4G Variant and a glistening deep dark black with hints of dark blue light shimmering back with the Starry Black colorway.

Made predominantly of polycarb, the body of the OPPO Reno 5 (4G) doesn’t feel or look cheap by any measure. The painting is exceptional and, particularly the black, the camera module having the same color tone as the rest of the body gives this phone a singular cohesive look. 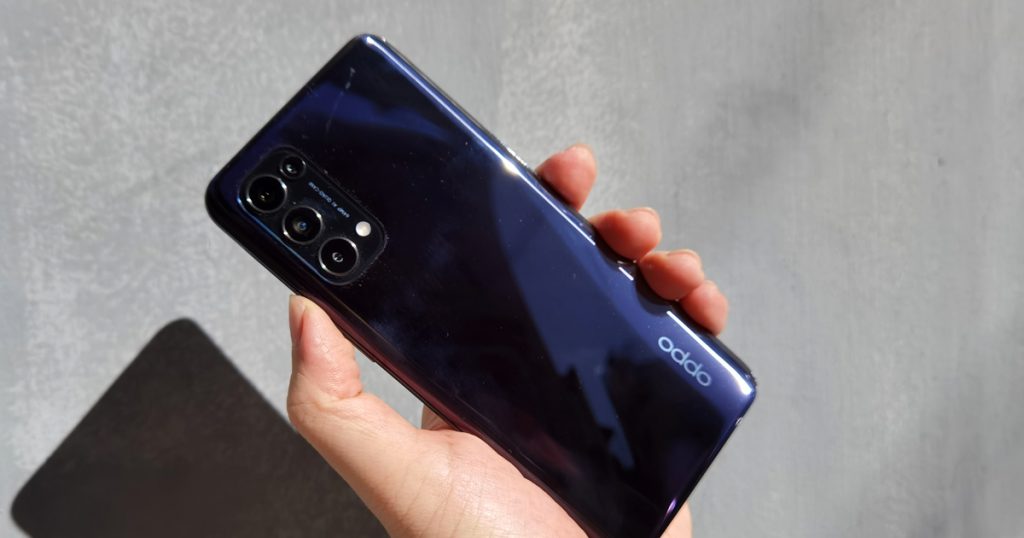 The paint has a glossy finish but on first use we didn’t find it to attract a lot of fingerprints when you handle it without a case. It will show smudges though – but this takes a bit of handling for it to show. 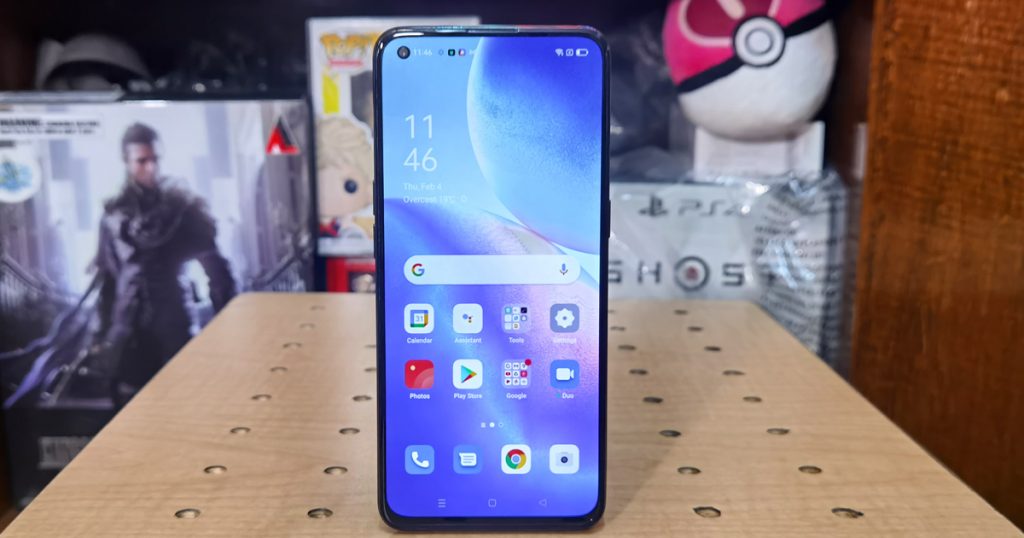 Cutting the screen is a singular front-facing pinhole camera towards the upper left corner.

So far, design-wise, we’re impressed with the very clean finish of the OPPO Reno 5 in Starry Black. If you want something slightly a bit extra, you could go for their Fantasy Silver variant as well.

Because of the 20:9 aspect ratio, most movies or videos you watch on the OPPO Reno 5 will have those black borders cutting it towards the sides. You can pinch the video (in most cases) so the entire frame of the 6.43-inch AMOLED gets filled but it’s going to cut through your media (although not by much). We tried it on a couple of Netflix shows and YouTube videos and it seemed fine for the most part. 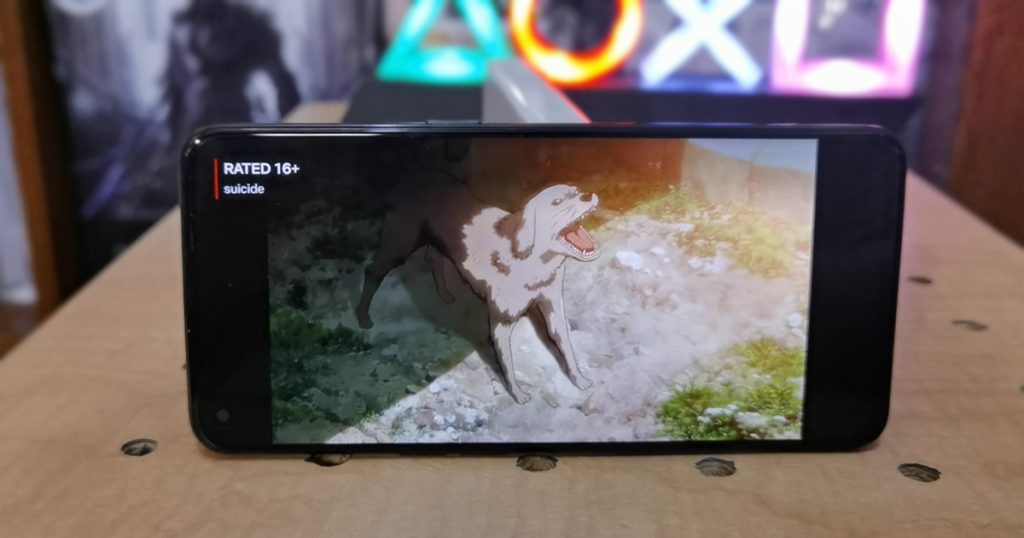 Audio fidelity is great. This phone carries some serious pipes even though the speaker grills are found on only one side of the phone. The OPPO Reno 5 tends to be really loud if you put the volume to the max so best to keep it at 50-60% and even then it’s going to reverberate pretty loudly still. 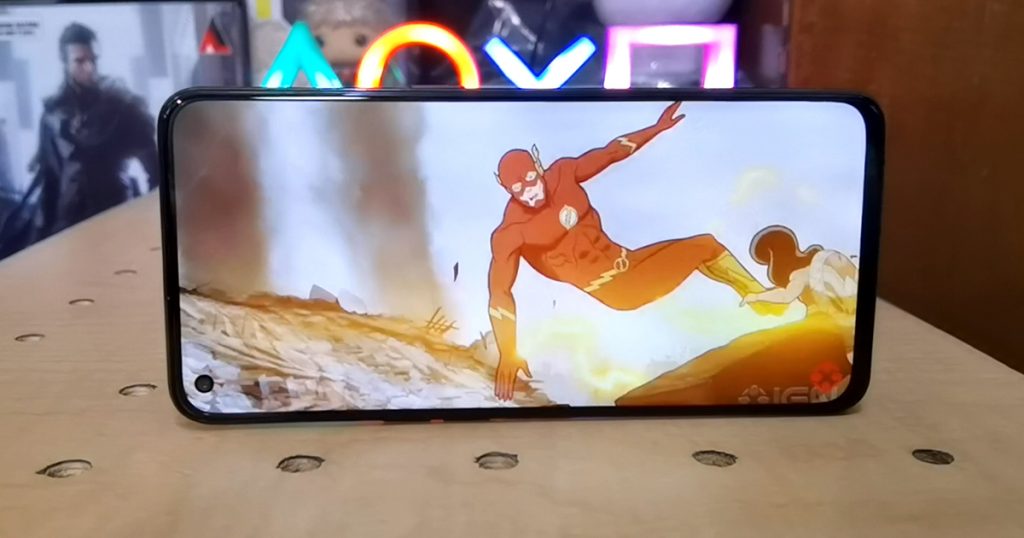 That, plus watching on a large 6.43-inch AMOLED screen where color reproduction with amazing viewing angles, and you have a mini cinema right in your pocket. 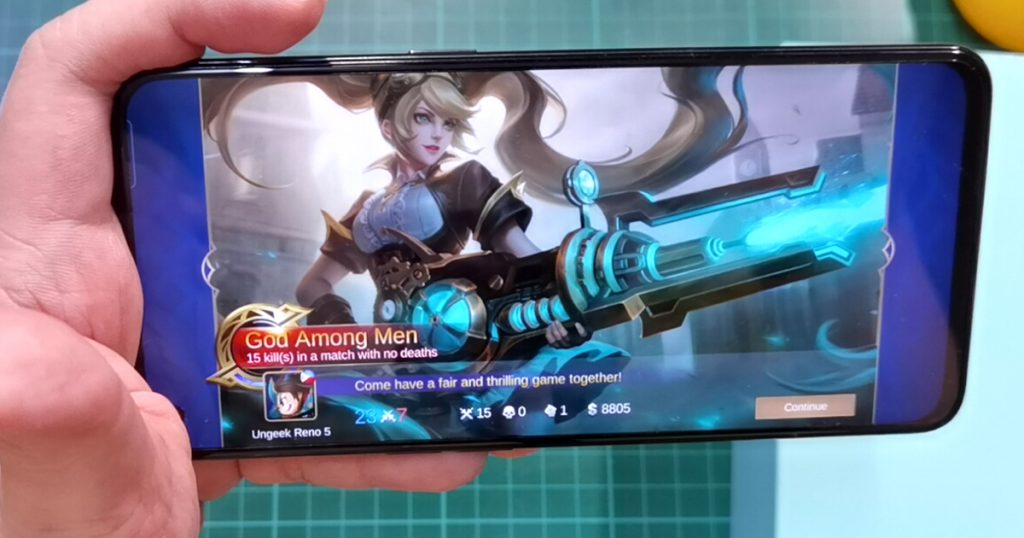 Under the hood the OPPO Reno 5 (4G) runs on a Qualcomm Snapdragon 720G processor and has an 8GB RAM/ 128GB Internal Memory (expandable to 256GB via Micro SD card) configuration. This is remarkably similar to the internals of the OPPO Reno 4. This means that as far as gaming goes, the OPPO Reno 5 (4G) could play most of the popular games we have right now on mid to high – but not all games can play as smoothly as we hoped it would be. Even though it is a very capable processor, the OPPO Reno 5 (4G) suffers a lot when tasked to run Genshin Impact. We had to clock the game to its lowest settings possible just to have some consistent decent framerates when playing (24-27 fps). 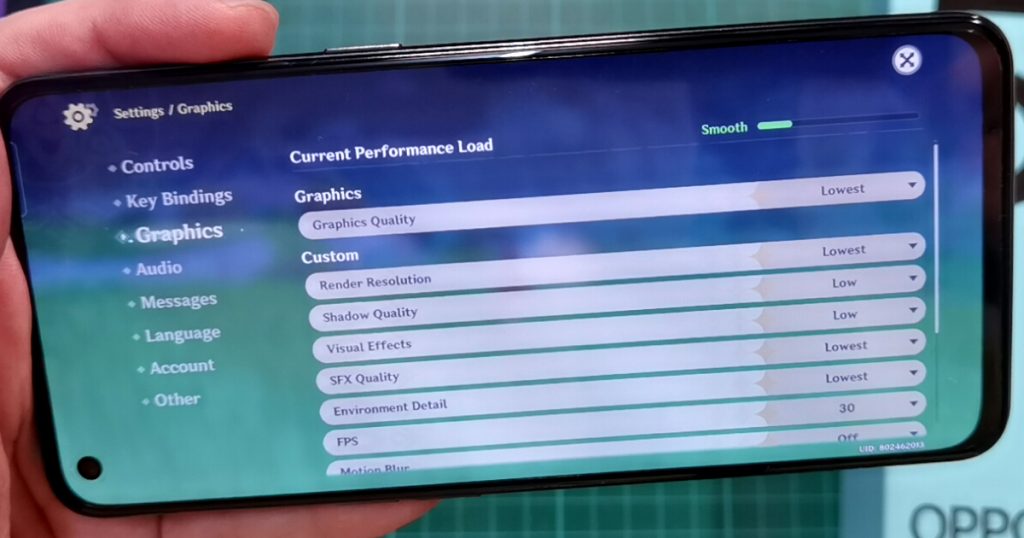 That being said, for Mobile Legends: Bang-Bang and League of Legends: Wild Rift, the smartphone performed exceptionally well. 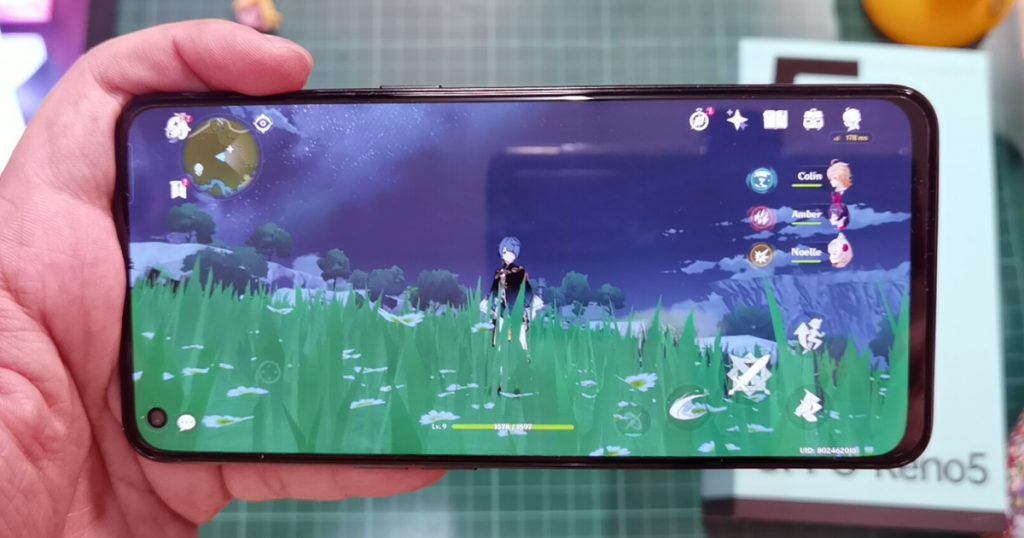 One of the key focus points of past Reno series would be the phone’s camera and the OPPO Reno 5 is no slouch when it comes to optics. First introduced on the OPPO Reno 2, OPPO has been refining their Image Stabilization technology and the Ultra Steady and Ultra Steady Pro Mode are made available to the OPPO Reno 5 still. What’s interesting, however, is that the same technology used on the Reno 5’s powerful Quad Ai-Camera is also made available to it’s 44MP front-facing camera. Yup, your selfies and vlogs can benefit from OPPO’s Ai and Electronically assisted image stabilization technology. 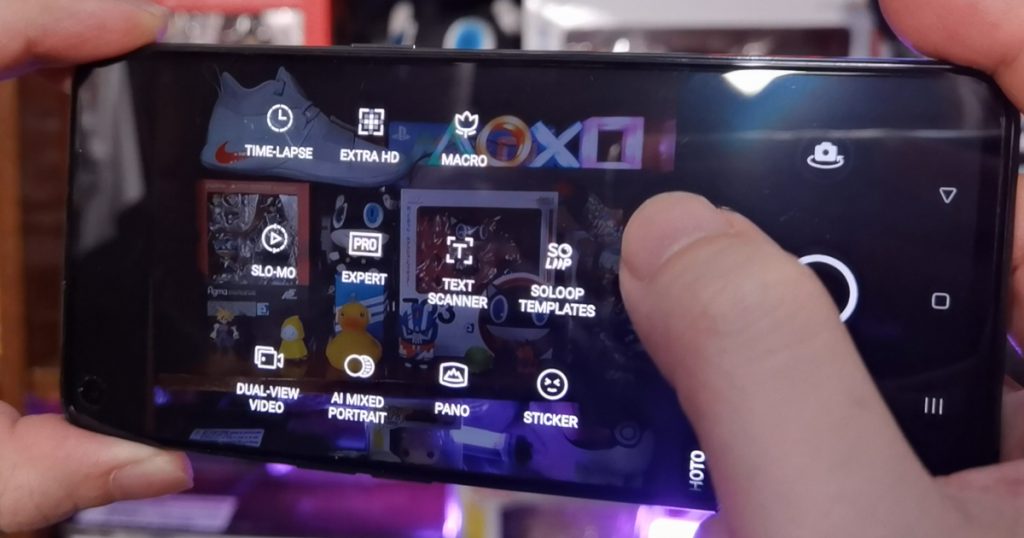 Wanting to still push creativity among its user-base OPPO padded the camera with various stock creative features like the Double Video Mode where you activate both the front-facing camera and the rear camera at the same time. This gives you a split-screen video of you and whatever subject you’re shooting. While I don’t find moments where you’ll actually use this, this could come in handy if you can opt to use this feature while you stream on your OPPO Reno 5. Could be just a small software patch but if OPPO can do this, we could see more people adapting this mode. 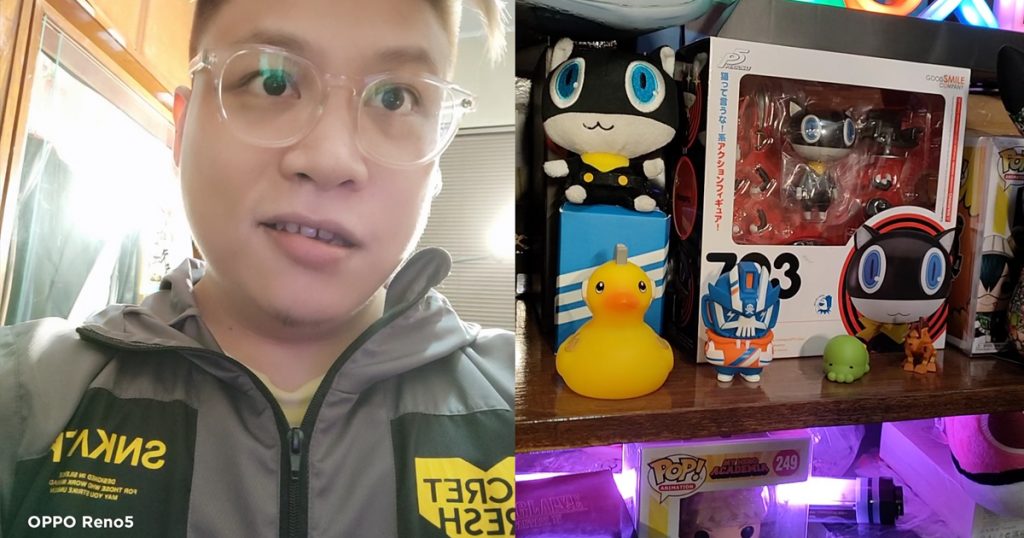 Then, there’s OPPO’s trippy Ai Mixed Portrait where you mix two different videos and super-impose them together. It’s…an odd experience but, hey, at least more room for creativity, right? 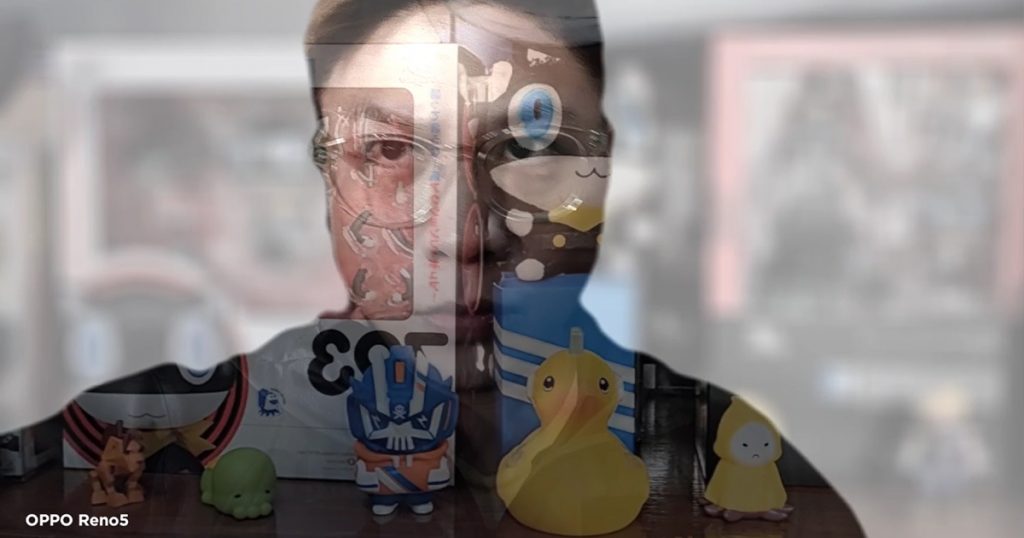 Overall, for a mid-ranger, and as expected, the OPPO Reno 5 (4G) can produce pretty compelling photos and videos even in the hands of novices. 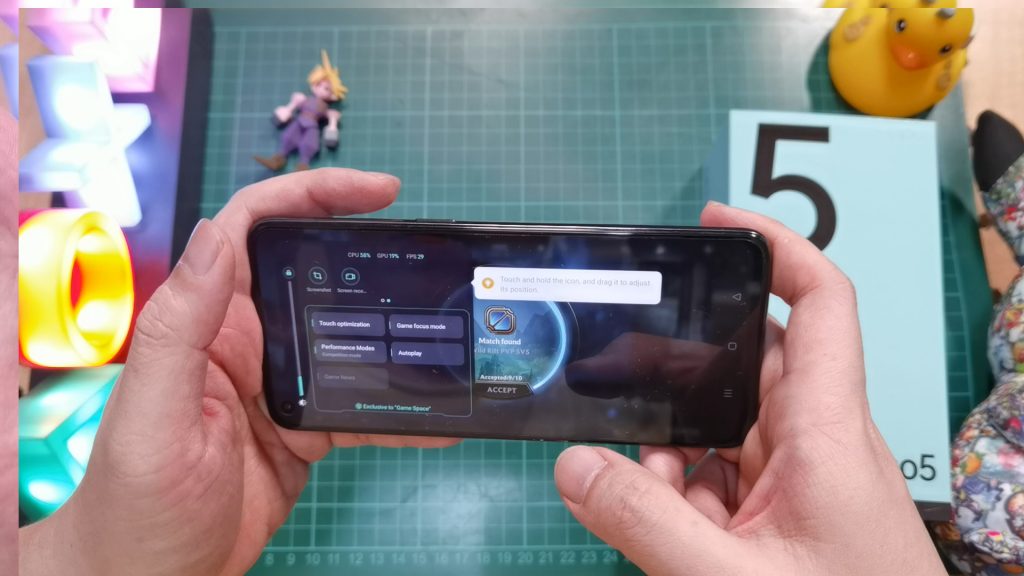 The OPPO Reno 5 runs on the latest ColorOS version, the ColorOS 11.1 crafted around Android 11 and have seen a couple of optimization from the last build especially for gaming. For one, notification bubbles are now a thing with smaller unintrusive notifications flow in and out quickly so it doesn’t disrupt your game time. There’s an easy screen recording function as well that you can easily pin to your pop-up side bar (something we’ve seen with Android 10). The OPPO Game Space quick menu also takes up a much smaller section of the screen as well, where you can easily tick various notifications off and check framerate and smartphone consumption with a glance. 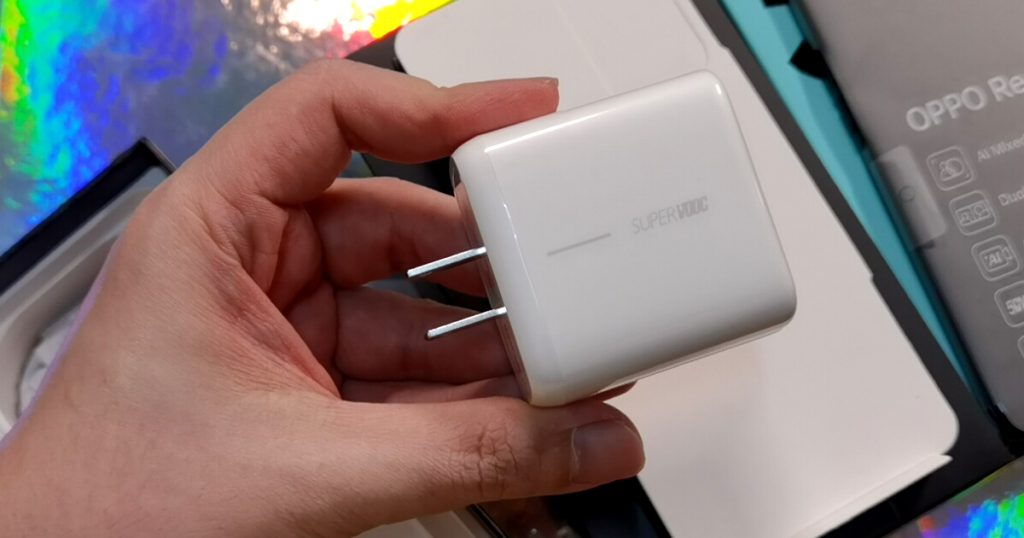 For those worried that these innovations may drain your OPPO Reno 5’s juice fast, the OPPO Reno 5 has a higher-than-standard 4310 mAh battery and comes with a 50W Super VOOC Flash Charging so you can top up your OPPO Reno 5 (4G)’s power in less than an hour. 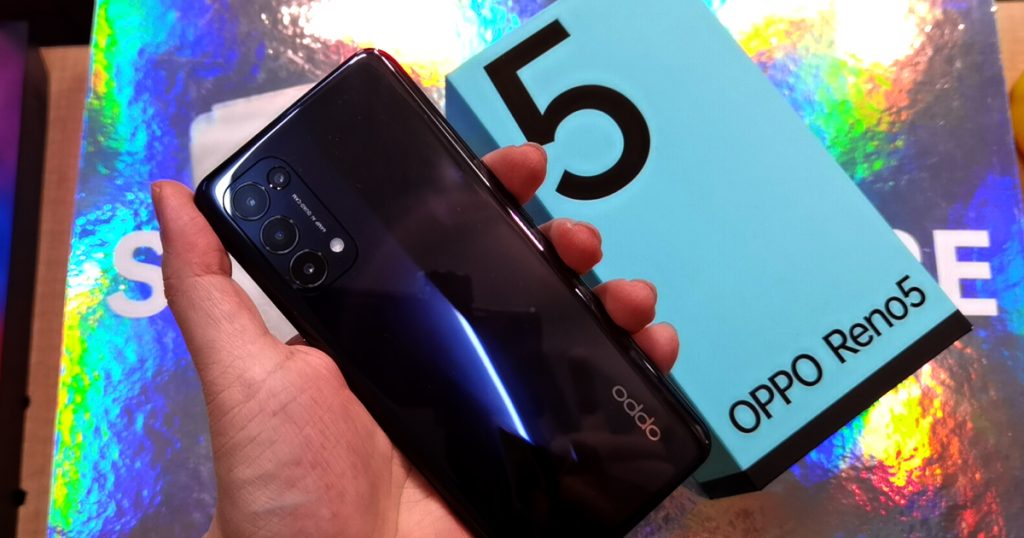 For Php 18,990 SRP, the OPPO Reno 5 (4G) is a much-refined version of its predecessor and while it may not be a clear generational jump as we had hoped for, the OPPO Reno 5 (4G) is something to consider when you want an overall dependable smartphone that can hack in in photography and videography as well as play majority of the popular games out right now. If you’re budget is below Php 20,000 then this phone is worth considering. However, if you can spare the coin, we feel the OPPO Reno 5 (5G) is really the way to go.