Pokémon Legends: Arceus is a brand-new Pokemon action RPG coming to the Switch

'Arceus' promises a unique take on the beloved franchise. 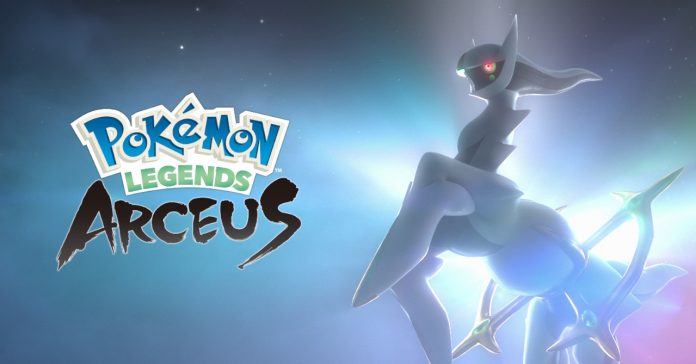 A new Pokemon game was revealed at the recent Pokemon Presents stream, and it is titled Pokemon Legends: Arceus. Unlike the mainline games in the series, ‘Arceus’ will infuse action and RPG elements, promising for a unique take on the beloved Pokemon formula.

Aside from the new gameplay, ‘Arceus’ is also interesting as it is set in a past version of Sinnoh. This is unlike mainline Pokemon titles which exist in the present day of the series’ world (where modern technology is abundant).

Check out the reveal trailer for the new Pokemon game here:

The game is described by The Pokemon Company as:

“In Pokémon Legends: Arceus, the Pokémon series takes on a bold new direction, fusing action with RPG elements. The game takes place in the Sinnoh region long before the events of Pokémon Diamond and Pokémon Pearl. In this game, you’ll set out to create the region’s first Pokédex. You’ll need to catch, survey, and research the wild Pokémon of Sinnoh to create a complete Pokédex.

Explore the region, catch lots of Pokémon, fill your Pokédex, and experience the gameplay of the Pokémon series from a new angle that brings you closer to the world of Pokémon Legends: Arceus and the Pokémon and people that make it up.”

Check out some screenshots of the game here:

The screenshots above are from a title under development.

Pokemon Legends: Arceus releases on the Switch sometime in early 2022.