Pyra and Mythra are coming as a 2-in-1 character. 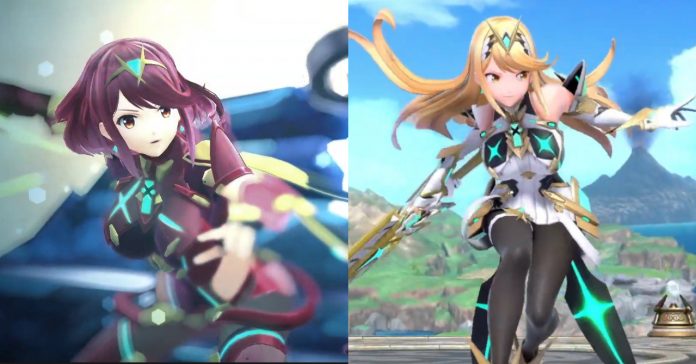 To open the recent Direct, Nintendo revealed the new character coming to Super Smash Bros. Ultimate; well, two characters in a way as Pyra and Mythra from Xenoblade Chronicles 2 are joining Smash Ultimate.

If you’ve played Xenoblade Chronicles 2, you probably already know that Pyra is a second personality of Mythra, so this means Pyra and Mythra are coming to Smash as a 2-in-1 character, with players free two switch between them at any time.

Pyra and Mythra’s addition to Smash means there are now three characters in the Smash Ultimate roster that are from Xenoblade Chronicles as the first game’s protagonist–Shulk–is already in the game.

Pyra and Mythra count as one character, and they are the fourth DLC character in the game’s Second Fighter Pass. The previously released characters in the said pass include Min Min from Arms, Steve and Alex from Minecraft, and Sephiroth from Final Fantasy 7.

As the Fighter Pass for Smash Ultimate comes with six characters, the two other fighters will be revealed at a later date.

The second Fighters Pass is priced at USD 29.99, and is available now for Smash Ultimate players. Each DLC character is also available as a standalone purchase for USD 5.99.