realme is celebrating Valentine’s Day with special offers and activities 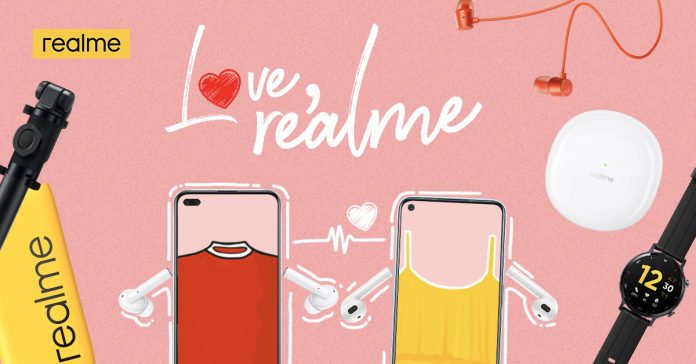 realme Philipines is celebrating the love this hearts month with its “Love, realme” campaign which will give fans a chance to win exciting prizes. Specifically, the campaign will feature a series of online activities that will run from February 1 to 14, 2021. On top of this, realme is also offering a special offline bundle promo for buyers who are on the lookout for a Valentine’s Day gift for their loved one.

First up, realme will hold a Valentine’s Day video challenge on Tiktok. How it works is that  realme Philippines will be uploading 4 videos on its official TikTok page starting February 3 until February 14, which the realme squad could duet for their own entry into the competition. The best TikTok videos will win a realme Buds Q and a romantic dinner date for two from realme Philippines.

Along with the TikTok contest, realme will hold a pickup line contest by dropping their wittiest pick-up lines on a dedicated post of realme Philippines on Facebook. The 3 most liked pickup lines will win an all-expense paid dinner for two on Valentine’s Day plus Php 5,000 worth of realme products. 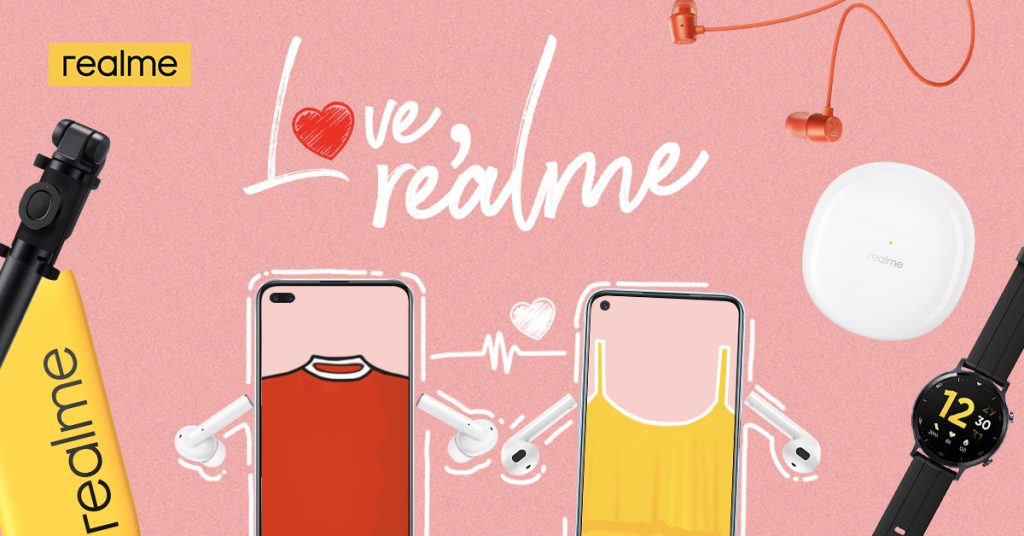 For shoppers meanwhile, realme is offering a Valentine’s Day bundle promo from February 13 to 14 in 50 participating realme stores nationwide. The bundle lets buyers avail of the realme AIoT + smartphone bundle which gives them a 10 percent discount and a PHP  500 off on any purchase of a realme AIoT device and a realme smartphone, respectively. The smartphones included in this promo are the realme 6 Pro, realme 6, realme 7 Pro, realme 7, and the realme X3 SuperZoom. During the promo period, a 10 percent discount per item will also be given for every bundle purchase of 2 realme AIoT devices.

On top of this, realme fans can get to win more prizes for every PHP 10,000 worth of in-store purchase of realme products.

- Advertisement -
Previous article
Get exclusive Demon Slayer merch when you dine in at Dohtonbori Philippines this month
Next article
An Avatar: The Last Airbender and Legend of Korra-based tabletop RPG is in the works