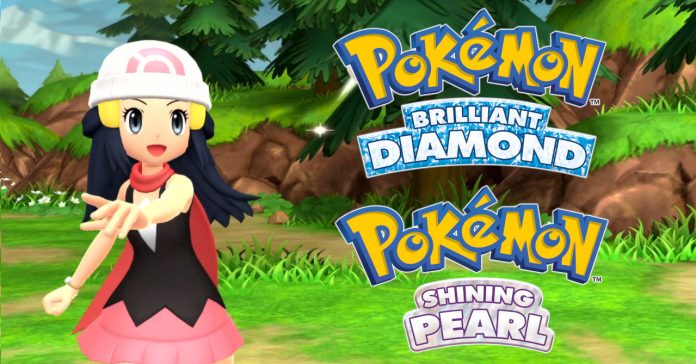 In the recent Pokemon Presents stream, the long-awaited remakes of the 4th generation Pokemon games have been announced! Pokemon Brilliant Diamond and Shining Pearl were officially revealed, and they will release for the Nintendo Switch later this year.

These remakes of the beloved DS Pokemon titles will feature the classic, top-down perspective of the original titles, but with major improvements such as 3D battles and various quality-of-life changes.

Check out the official trailer for the games here:

The remakes are described as:

“Pokémon Brilliant Diamond and Pokémon Shining Pearl are remakes of Pokémon Diamond and Pokémon Pearl. The story is faithfully re-created, and the sense of scale of the originals’ towns and routes is carefully preserved. People who played the original games can revisit familiar places and relive familiar scenes. For those setting out through Sinnoh for the first time, plenty of new encounters and surprises await. These remakes include easy-to-understand, player-friendly conveniences of the modern Pokémon series, plus up-close-and-personal Pokémon battle scenes. Whether you played Pokémon Diamond or Pokémon Pearl back in the day or you’re encountering these games for the first time, there’s something for everyone to enjoy.”

Meanwhile, here’s a look at some official screenshots of the Pokemon Diamond and Pearl remakes:

The screenshots above are from a title under development.