Coming to the Philippines very soon! 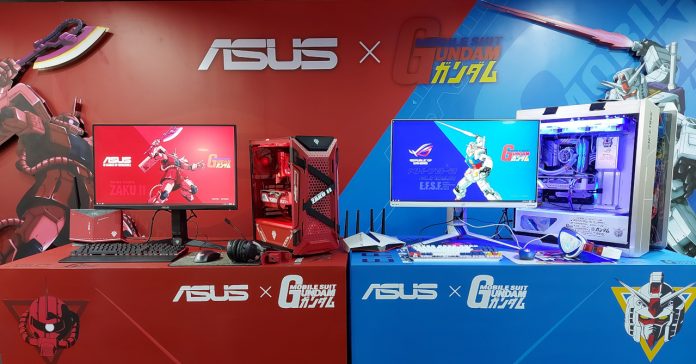 Ahead of the collection’s launch this Thursday, we got a sneak peek at the ROG x Gundam collection, and it is definitely a must-have for avid Gundam fans. 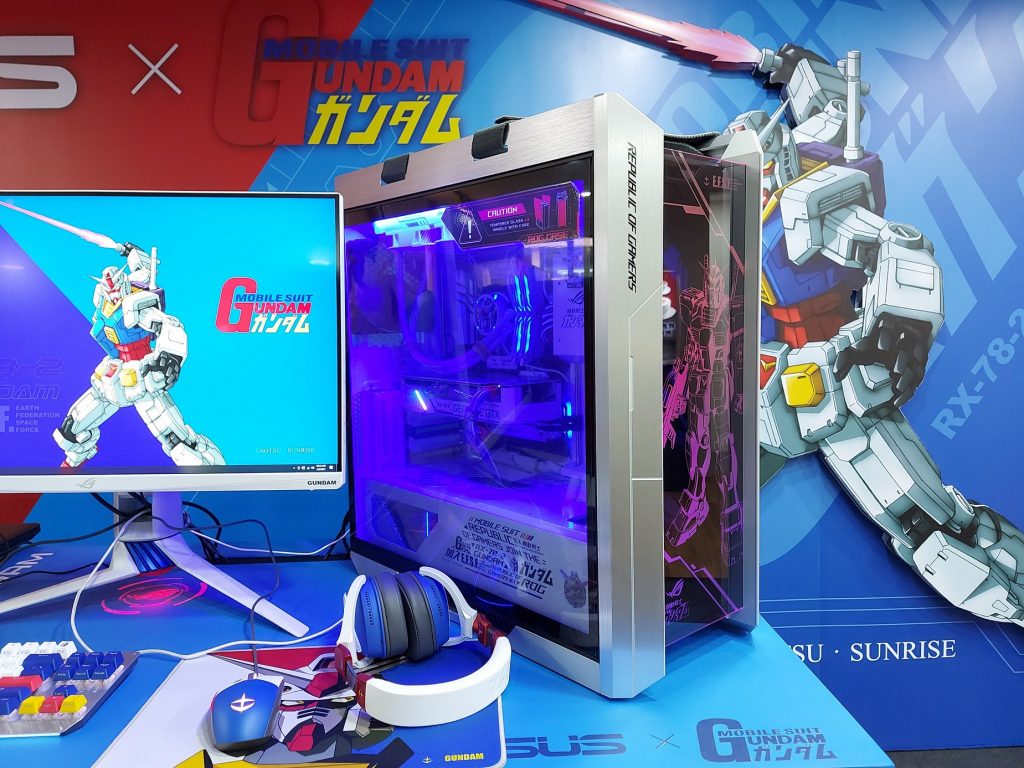 To start off, we have the RX-78-2 collection which consists of ROG Strix items. The first one we have here is the ROG Strix Helios Gundam Edition, a large PC case that has enough space for the highest-end gaming components.

Inside the Helios unit we saw at the ASUS HQ are the various RX-78-2 components, including the ROG Strix 850W Gundam Edition PSU. 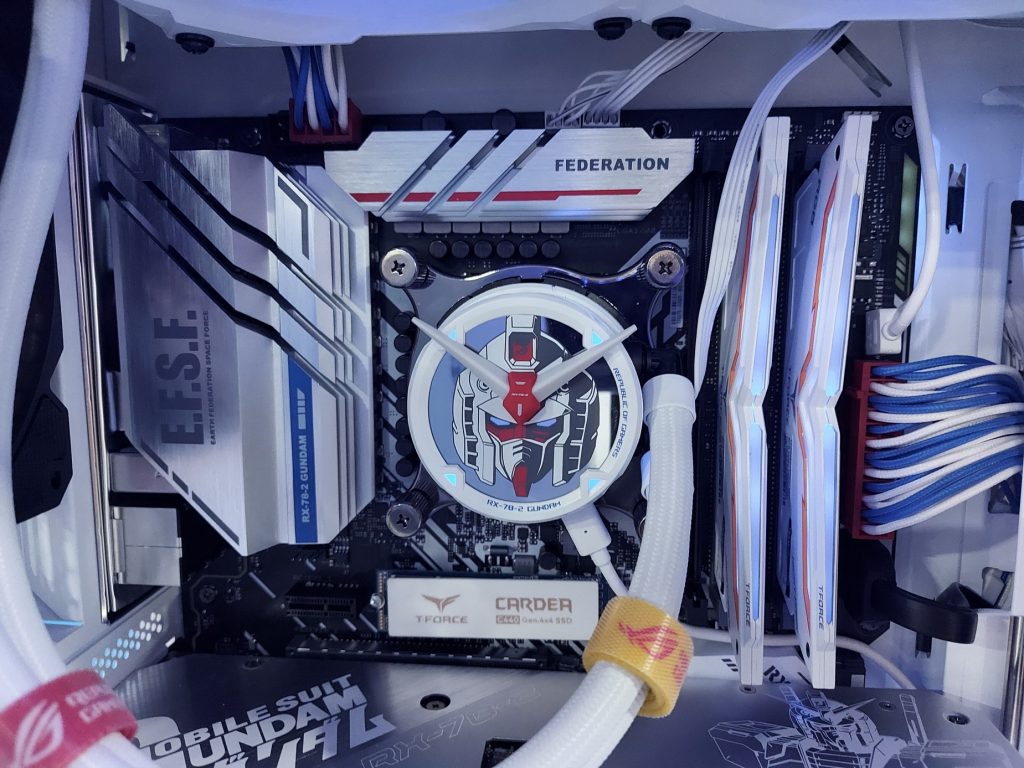 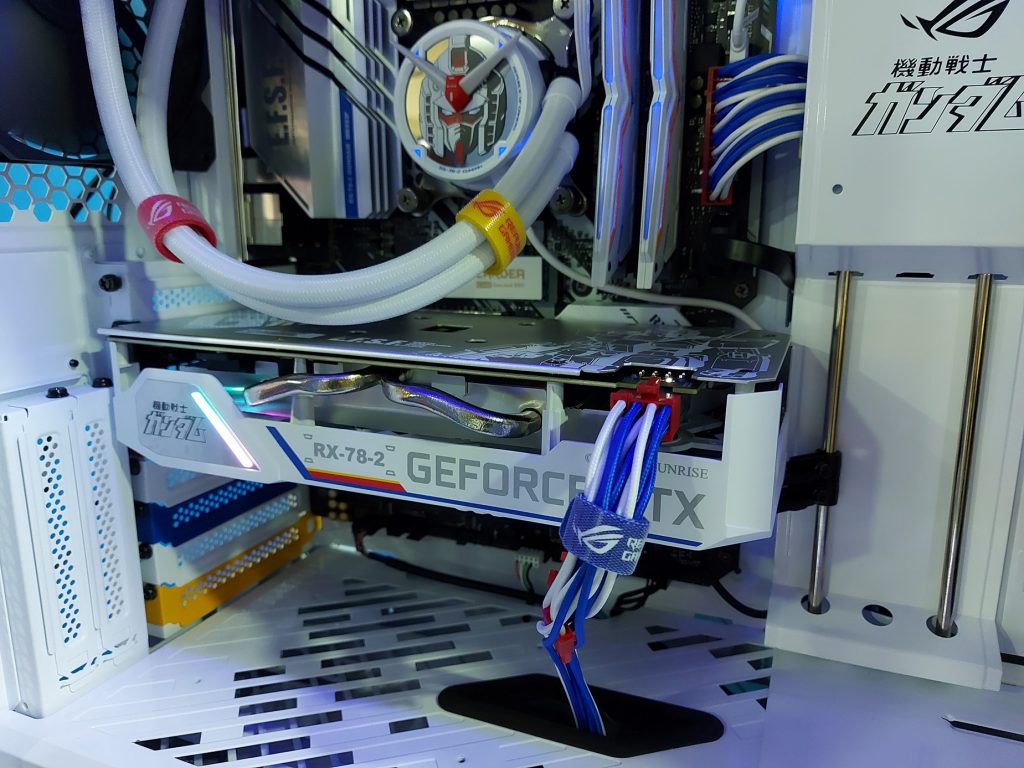 Rounding out the components lineup is the ROG Strix Gundam Edition GTX 1660 Ti. There will also be an  RTX 3080 Gundam model. 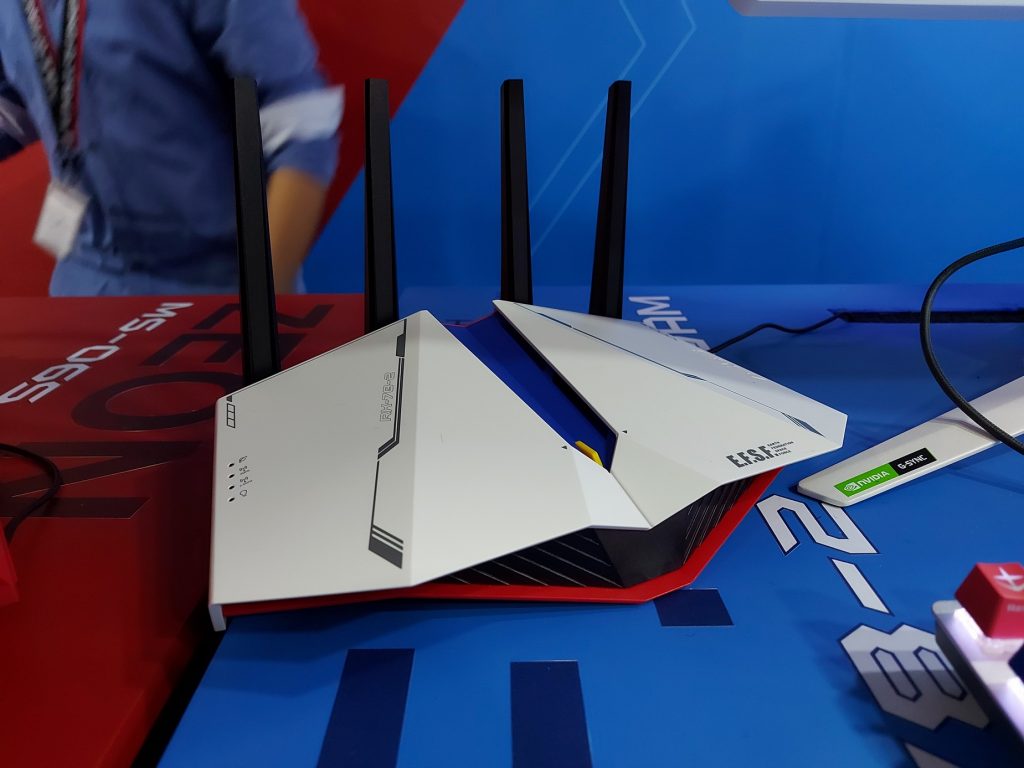 Moving on to peripherals and accessories, we have this Gundam-themed RT-AX82U Wi-Fi route.r

Next is the STRIX XG279Q-G display. 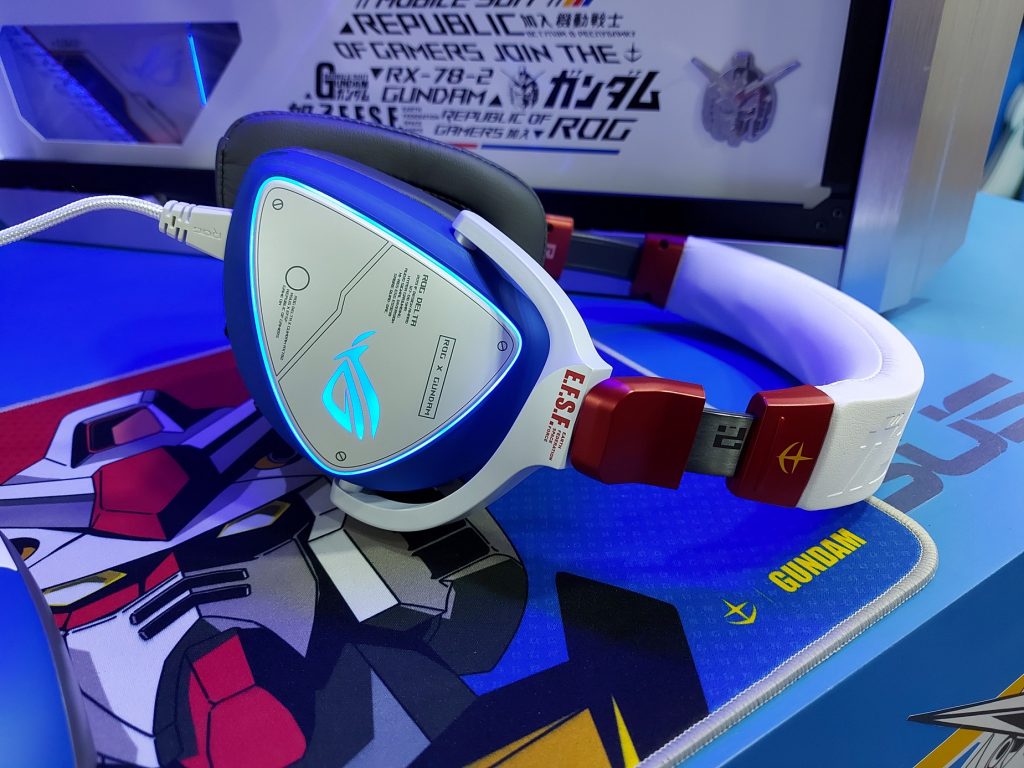 For audio, here is the ROG Delta. 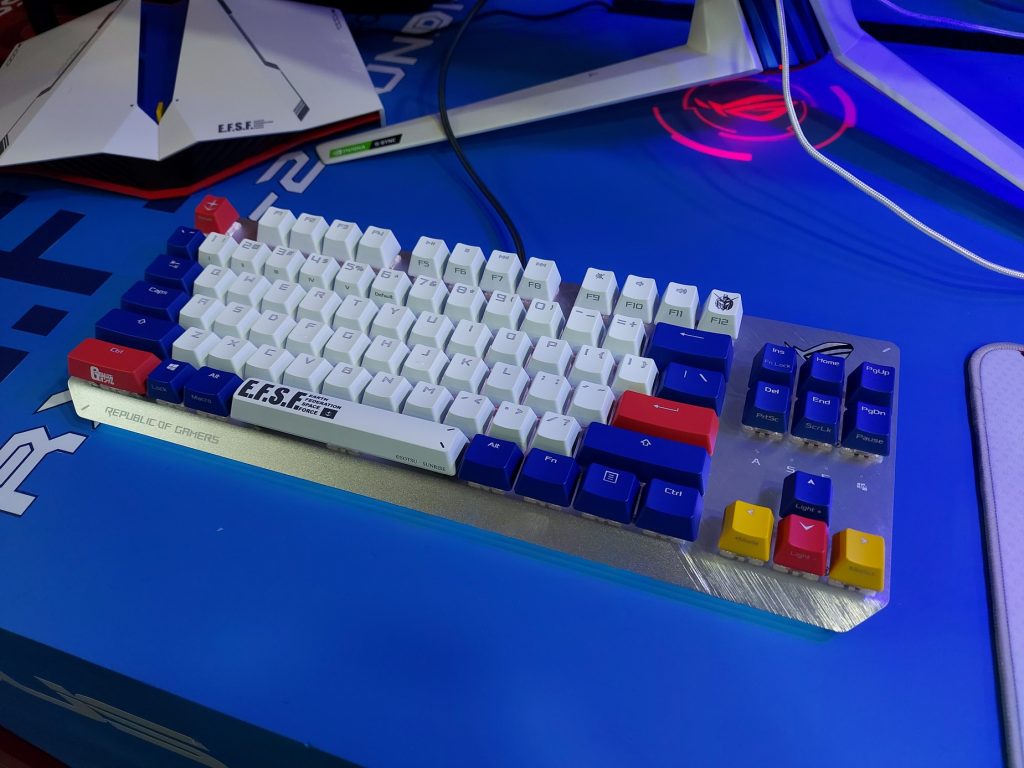 The ROG Strix Scope also got the Gundam treatement for this collab. 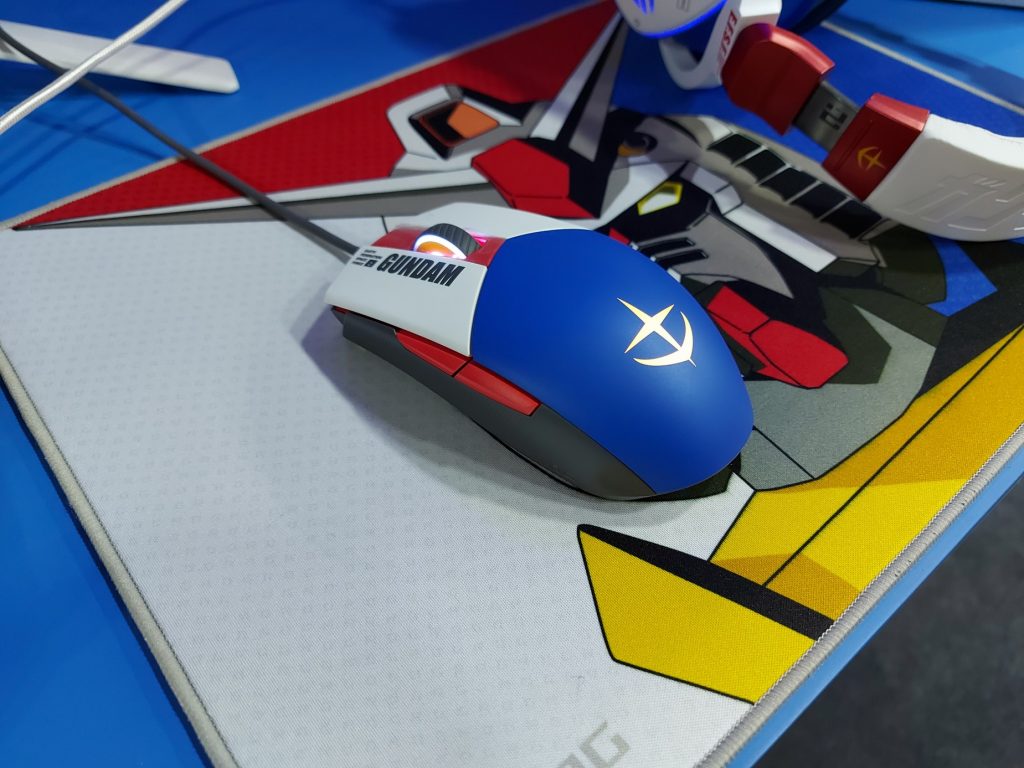 Along with the ROG Strix Impact II. 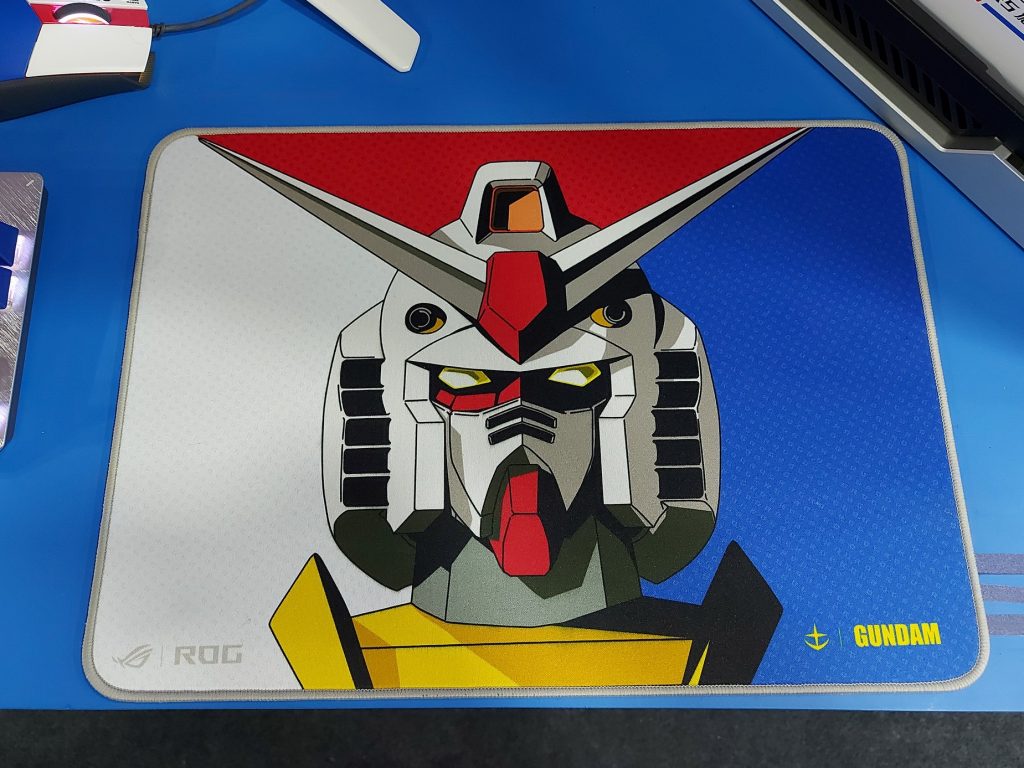 Finally, we have the ROG SHEATH Gundam Edition which comes with a print of the iconic Mobile Suit.

While not as extensive as the RX-78-2 collection, ASUS has an eye-catching TUF Gaming Zaku II lineup. All of the items in this line come in the Zaku II’s iconic red color.

The highlight of the collection is the GT301 Zaku II Edition case. Not only does it come in a striking red color, it also features Zaku II-inspired design elements, along with a large print of Zaku II on the side panel. 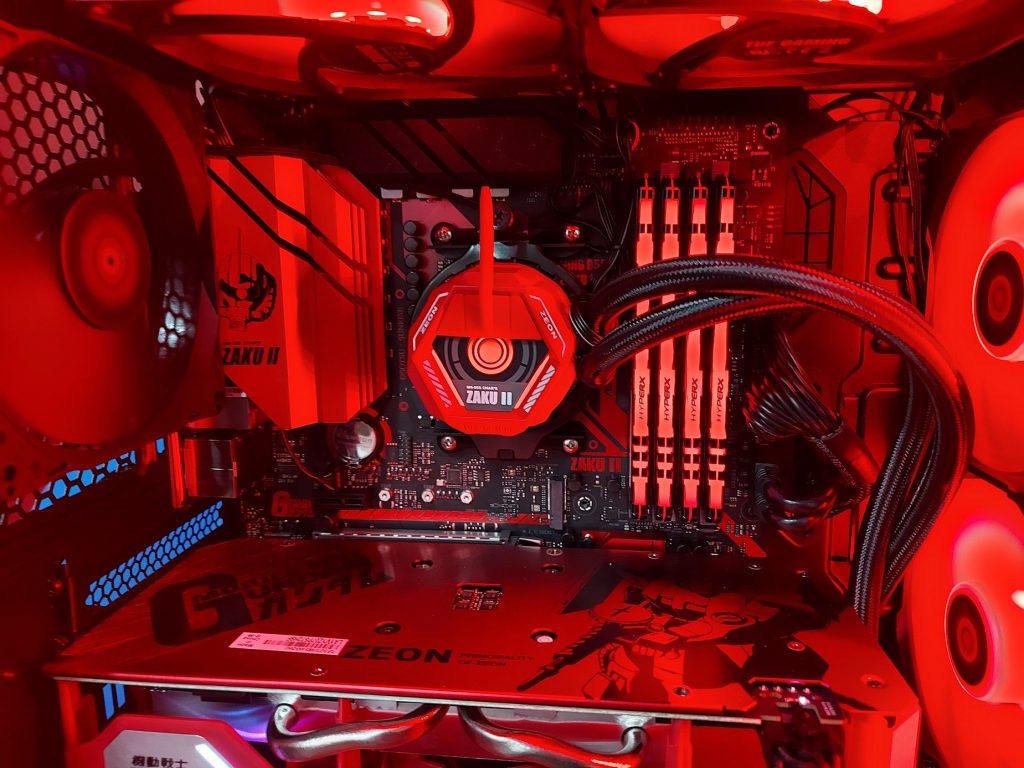 Inside ASUS’ TUF Gaming setup is the LC 240 RGB AiO cooler and B550M (AMD Ryzen) motherboard, both of which sport Zaku II designs. 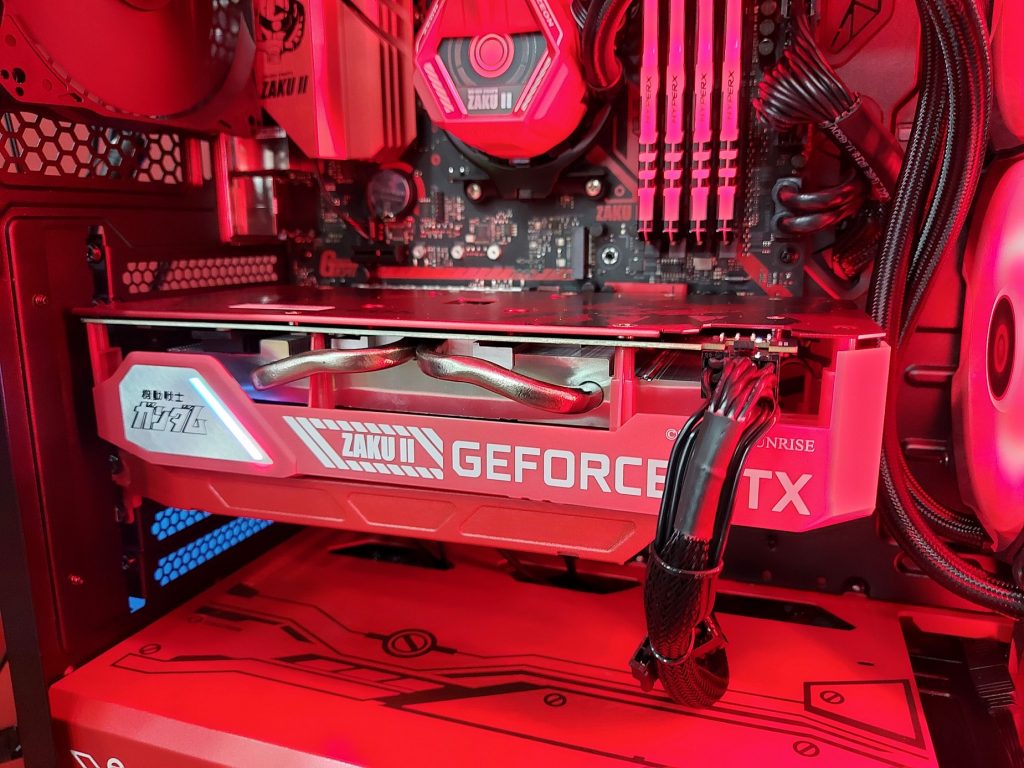 There’s also the ASUS TUF Gaming X3 GeForce GTX 1660 SUPER ZAKU II edition. Unlike the RX-78-2 version though, there will be no RTX 3080 Zaku II model. 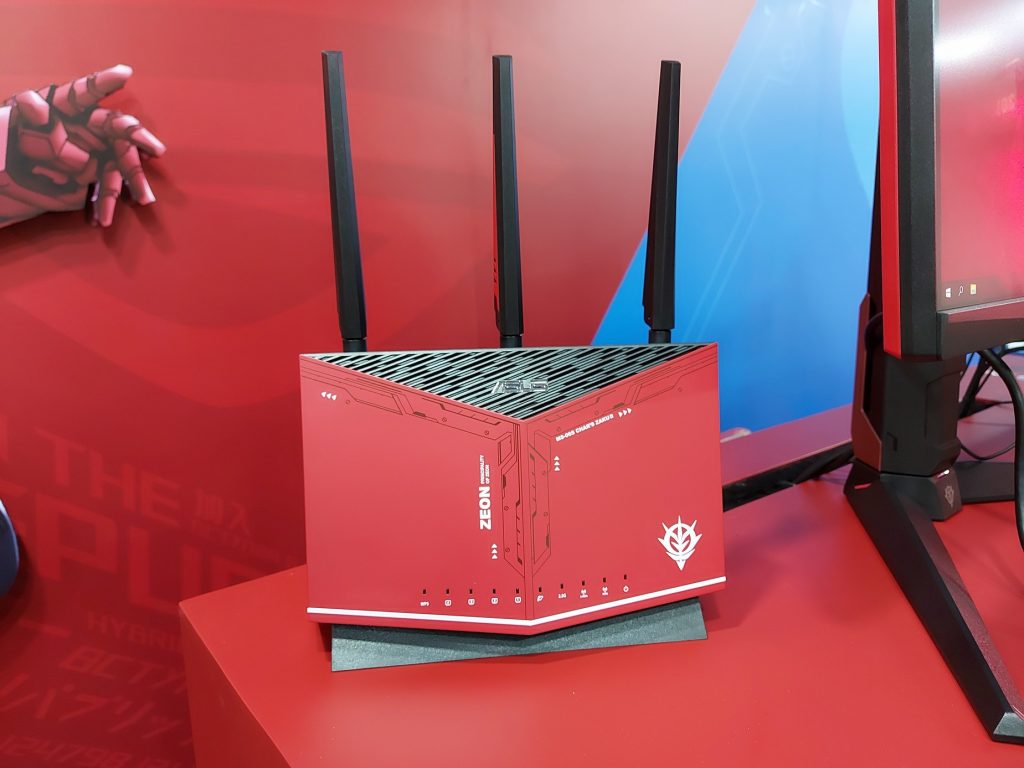 All items in the ROG X Gundam collection will be available separately, though they will be released in limited quantities.

Watch out for pricing and availability info when the ROG x Gundam collection launches in the Philippines this Thurday, February 25, 2021.