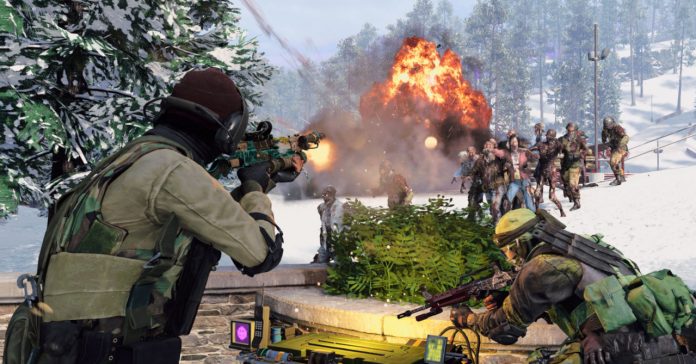 Activision recently revealed the full details of Outbreak, the long-awaited Zombies mode for Call of Duty: Black Ops Cold War. This new take on the fan-favorite game mode might just be the freshest yet (rotting zombie flesh aside) as not only does it have the biggest map in Zombies ever, it also comes with unique gameplay.

Compared to previous round-based Zombies maps, Outbreak will task each team of four players with a set of objectives such as eliminating certain targets or escorting a payload. After the objectives are met, players can exfiltrate the area to finish the mission, or they can enter rifts through the Dark Aether for more objectives (and more loot). 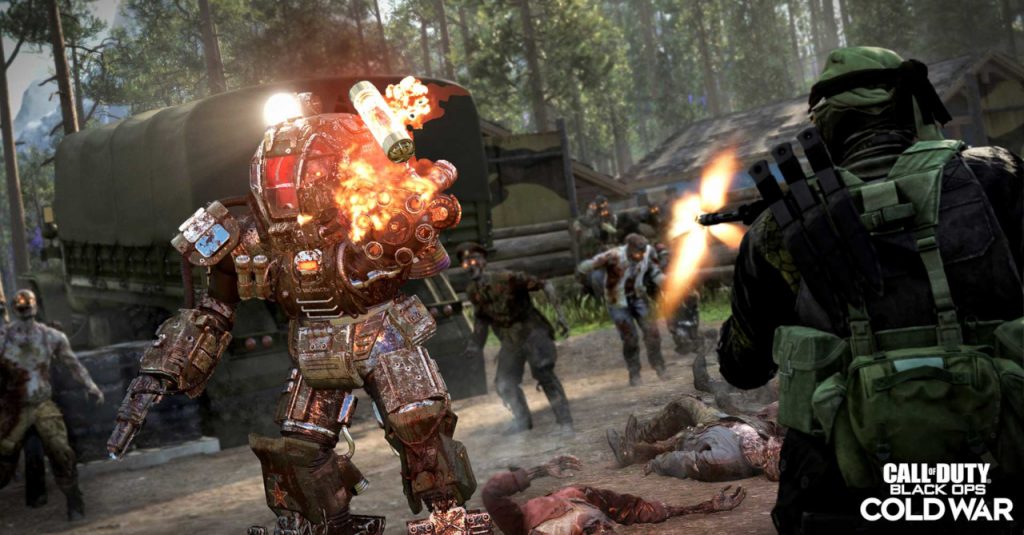 As Outbreak is a big shake-up of the Zombies mode, Activision gave us and several other publications a chance to ask some questions to the developers themselves. Specifically, we got to ask our burning Qs to Treyarch’s Kevin Drew (Expert Game Designer) and Corky Lehmkuhl (Studio Creative Director).

The first thing that was on our mind was how the development team balanced making this game mode feel new, all while keeping it true to spirit of the previous Zombies modes. Here’s what they replied:

Kevin: “At its core, Outbreak is a mode where you’re completing objectives and they’re increasing in difficulty over time, which is something I personally haven’t played before, so it sets it apart from any other open world PVE modes like this. Compared to our normal round-based mode, one of the big differences is in the normal mode, Zombies are constantly coming at you so you’re always under stress and have to deal with that, whereas in Outbreak you are driving the experience forward, so you control the pace in each region as you’re moving towards that objective. So if players want to go directly to it and complete regions as fast as they can, they can do that. They can also just grab a vehicle and explore the world and try to gear up or acquire a lot of resources to make sure that they can succeed in completing that objective.

Another big difference is that in round-based, difficulty increases with every round, so there’s this very even curve as you push to higher rounds. This mode is more chunky, which is casual at first, because what that means is the first region is equivalent of Round One in regular Zombies. So you’re able to go in there and one-shot a lot of Zombies with the weapon you’re bringing in. But once you complete that first objective and move on to the next region, we go up to what’s equivalent of what’s Round Eight and Fifteen, and Twenty Two, and Thirty. So it really steps up pretty severely, so what ends up happening is that the initial couple of regions are very player friendly and casual, and once you hit this wall at around Objective Four, or Five, you have to be moving together as a squad to be effective and successful.”

While Outbreak may seem “easier” at first, the game’s difficulty does ramp up, meaning the experience should be satisfying for players who crave the challenge and tension of the original Zombies modes.

Speaking of challenge, we also got to ask what the biggest challenges the development team faced when creating this new mode:

Corky: “This is something that we’ve always wanted to do at the studio, like we’ve talked about this since around Black Ops, this scale of the Zombies experience. But the technology hasn’t been there for us to be able to deliver this and we’re just all very grateful that this moment in time allowed us to see this thing come to life. It’s a mode that will appeal to casual players that are new to Zombies even, just the way it ramps up in terms of difficulty, but it’s also compelling for hardcore players. I think it’s a really nice hybrid.”

Kevin: “It was a challenging problem filling a large vast space with some of our technical limitations, so what we ended up doing was this idea of “hotzones” where we’ve populated enemies throughout the large spaces, and as you engage those pockets, more spawn around you. So, sometimes if you start combat from far away you can just snipe a couple of zombies and that’s it. But if you go into that area and you engage that group, suddenly there could be 15 or 20 more Zombies that spawn around you. So you get caught off guard and feel like you’ve almost sprung a trap.”

Given the complexity of Outbreak compared with round-based Zombies, Call of Duty fans should definitely not miss this new mode.