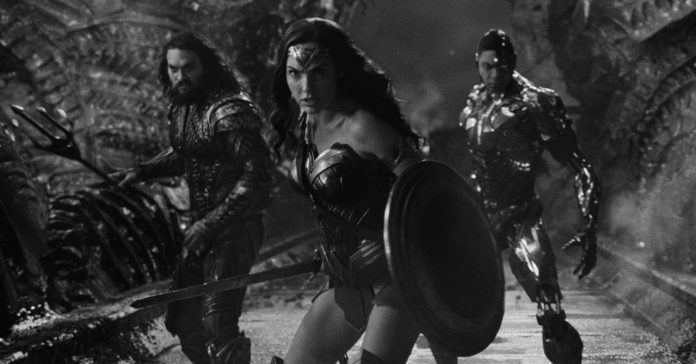 After much anticipation, Zack Snyder’s Justice League has finally released, and it is quite a hit! Sure, there are no specific streaming numbers, but based on the much better critical and fan reception, the Snyder Cut is definitely a better movie than the original theatrical cut.

If you’re a big DC fan, chances are you are gonna want to watch it again, if you haven’t already done so that is. Though in case you still haven’t made the time for a second viewing (it is a four hour movie after all), here some interesting news – a black and white version of Justice League is releasing very soon!

This re-release of the Snyder Cut is officially titled “Zack Snyder’s Justice League: Justice is Gray.” And yes, it’s essentially the same movie, just in black and white. This is similar to other black and white film re-releases such as for Mad Max: Fury Road and Logan.

While this re-release may seem a bit gimmicky to some, we think there’s some merit to it. Considering that the film itself has an old-school 1.33:1 aspect ratio, having it be black and white can make it feel like watching an old film classic; one that has superheroes and tons of special effects that is.

The full color version of Zack Snyder’s Justice League is available now in the Philippines via HBO Go. In case you’re still thinking if it’s worth a watch, check out our review of the movie here: