A must-watch for Dota fans! 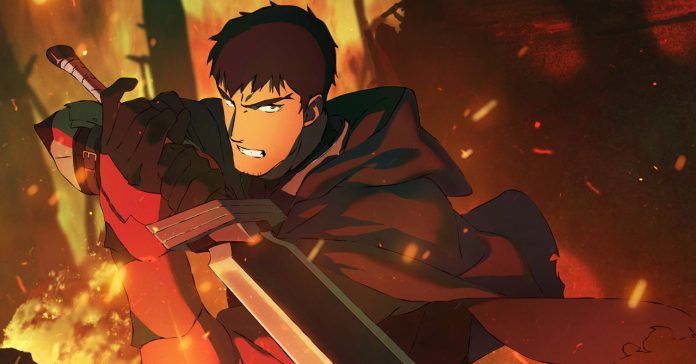 Historically, adapting any video game to another medium usually proves problematic. Balancing fan-service, story adaptation, respect to original lore, and writing for the screen, only very few have pulled off a proper video game adaptation. Luckily, Netflix has had experience in adapting some of our favorite video game titles into their binge-worthy streams. With successes of the likes of Castlevania and The Witcher, Netflix has set its sights on one of the most beloved Multiplayer Online Battle Arena (MOBA) games out there – DOTA.

To the uninitiated, DOTA (or DOTA 2 in its current form) is a 5v5 brawl of champions played over a symmetrical map where the objective is to destroy the opposing team’s fortress – or Ancient. The game started as a mod of Blizzard’s WarCraft III, until it evolved and took on a life of its own. Currently, Valve holds the franchise and development of the game, and in a few days’ time, we will lay witness to a Netflix adaption of epic proportions.

Is it worth the watch? Does it stay true to the lore of the game? Will we see epic SS rendered in all its animated glory?! We were able to watch the entire 8-episde season, and here’s our spoiler-free review of Netflix’s DOTA: Dragon’s Blood.

DOTA: Dragon’s Blood follows three story-points intersecting with one another. On one hand we have Davion (voiced by Yuri Lowenthal – Spider-Man, Ben 10, Persona 4: Animation) a renowned Dragon Knight trying to slay every dragon that comes his way that is until he meets Slyrax (voiced by Tony Todd – Candyman), the Fire Eldwyrm, an ancient fire dragon who transfers his soul to Davion after receiving a deadly blow from the possessed body of another Eldwyrm, Uldorak. This sets the adventure for our emblematic hero to discover the reason for the dragon’s action and what this is doing to him.

In his journey he meets the Princess Mirana (voiced by Lara Pulver – Irene Adler in BBC’s Sherlock) and her companion, Marci who are on their own path to redemption as they pursue an elven thief, Fymryn (voiced by Freya Tingley) who stole the famed lotuses of the Moon Goddess Selemene (voiced by Alix Wilton Regan – Dragon Age Origin/ Inquisition, Assassin’s Creed Origins, Divinity: Original Sin 2) at the Night Silverwoods Palace. Mirana will do everything to retrieve the Lotuses of Mene to gain the favor of her Goddess again while Fymryn will do everything to bring back the dead goddess, Mene, and restore their people to their rightful place. This includes following an ancient prophecy of bringing the Lotuses of Mene to the sorcerer in the secret tower. The same sorcerer that Mirana seeks.

This brings us to our third story arc that involves the sorcerer that’s only known as the Invoker (voiced by Troy Baker – Last of Us, Arkham Origins, Death Stranding, Persona 4) his relationship with Selemene and a secret he’s been harboring. His story will round about the fates of the people introduced in the first season of DOTA: Dragon’s Blood especially those of the waring factions between the Night Silverwood Elves and the renegade Coedwig. As Selemene grows in power and ambition, she unleashes her group of militarized sect, the Dark Moon Order headed by the fearsome and ruthless Luna (voiced by Kari Wahlgren – Samurai Champloo, Witch Hunter Robin).

Behind all this looms a brooding dark terror only known as Terrorblade (voiced by JB Blanc – Persona 4: The Animation, Beware the Batman, Mortal Kombat 11).

The Good, The Bad, and the Deliciously Brutal 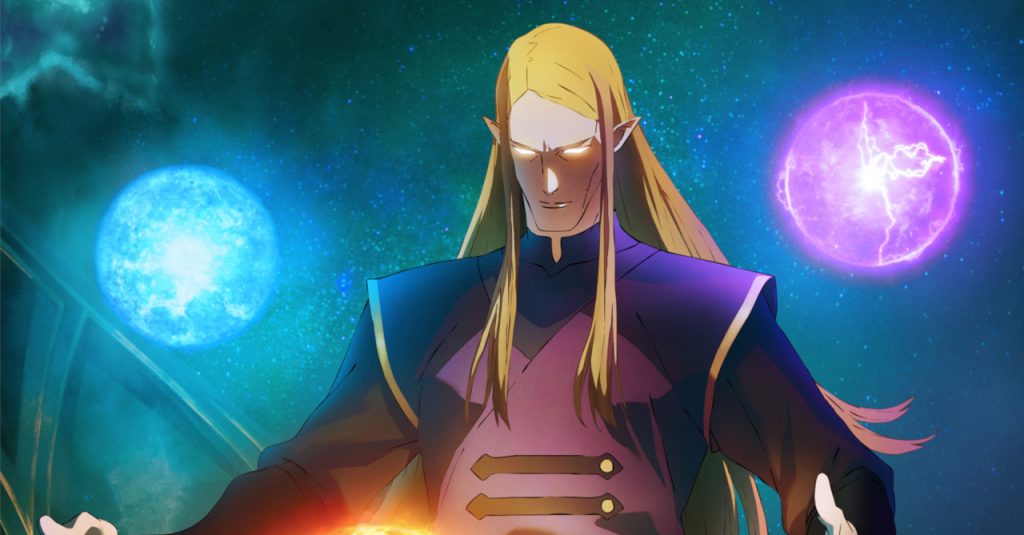 DOTA: Dragon’s Blood is created for television by Ashely Edward Miller (who co-wrote the screenplay for X-men: First Class and Thor) with Ki Hyun Ryu serving as creative director and employing the impeccable work of Studio Mir (Avatar: Legend of Korra and Netflix’s Voltron: Legendary Defender). Attention to detail like making the actual lore of DOTA work within the context of the animated series is hard enough but Miller was able to do so and tie every interaction and relationship together. Aside from the above-mentioned characters intertwining, we also get a deeper understanding of the Eldwyrm and the dragons, the seething rivalry between Selemene and those that were emancipated from her influence, and set the stage for more characters for the DOTA universe to enter into the animated realm.

The slight nods to gamers were taken into consideration without being overtly fan-servicey. Everything that happens in DOTA: Dragon’s Blood naturally progresses to serve the story; even the quirky insertion of the shopkeeper. Do keep a keen eye to various SS (aka ultimates) that happen in this animated series. One in particular was spectacularly done tastefully (as that hero’s user, I was tremendously happy).

The action animation was also superbly executed, and each 22-minute episode was done with such care and consistency in animation quality. 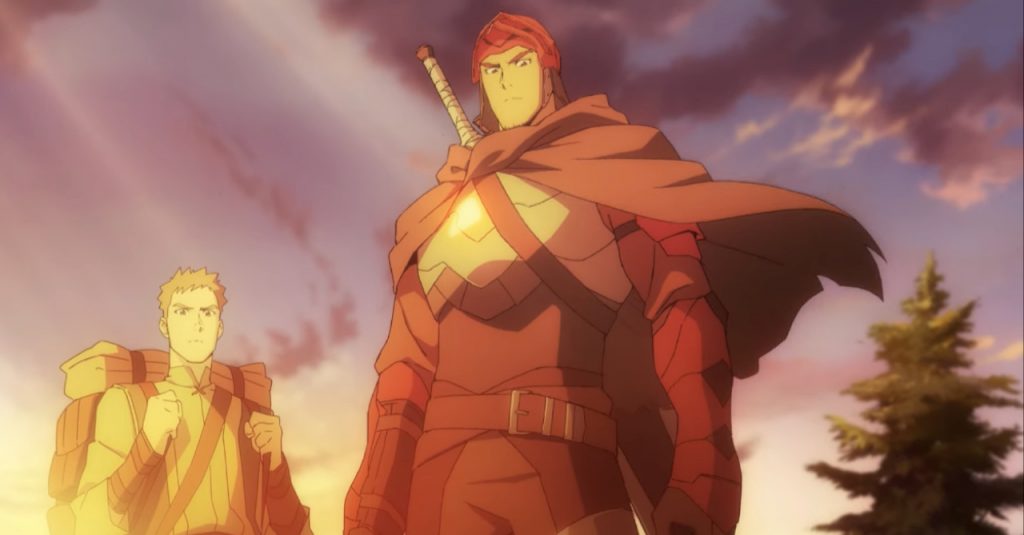 DOTA: Dragon’s Blood is Rated 18+, which is one of the highest rating for a Netflix Animation. This means you’ll see blood, gore, lots of brutal violence, sexual themes and the occasion F-bombs, quite an interesting move from the showrunner considering DOTA 2 has such a wide audience demographic. If you do want to temper the language, try watching DOTA 2 in Filipino dub. YES. THERE IS A FILIPINO DUB for this show and it is glorious with lines like “Itaas nyo ang baso nyo mga talunan! Andito si Davion, ang Dragon Knight…” To be honest, I was half waiting for an Injoker joke to be inserted here but alas, it was not to be.

The 8 episodes of Season 1 will bring you on an adventure within the world of DOTA and while we’ll lay witness to various environments from the Icy peaks of Dragon Hold to the valley of the Broken Plains, I feel that Season 1 only scratched the surface of the actual story that’s about to take place. Season 1 allowed us to know the key players and setup a far bigger event than what unfolded here.

And while that’s all good and well, I just feel 8 episodes may be a bit too little time for us to feel satiated in the amazing adventure that Netflix, Valve and showrunner Ashley Edward Miller has crafted. 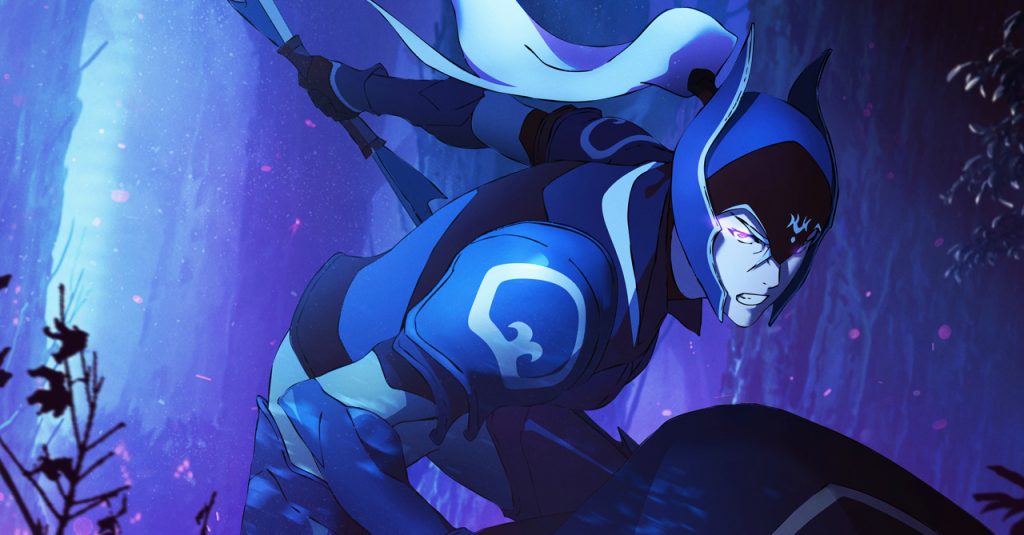 Here’s hoping that we get more episodes for Season 2 and we dive into various central conflicts that have been set into motion during this riveting first season.