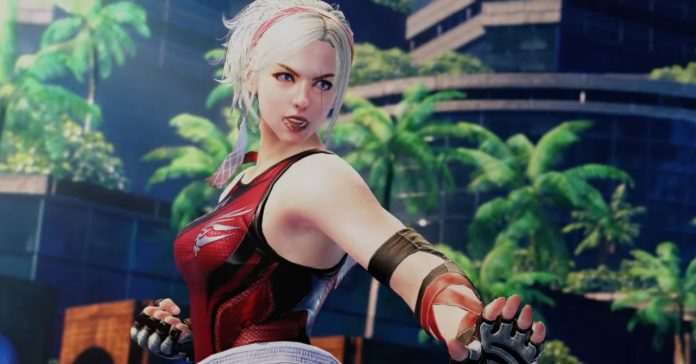 After teasing the next new fighter, Bandai Namco has officially unveiled Lidia Sobieska as the next Tekken 7 character. In the Tekken universe, Lidia is the Prime Minister of Poland, and also a serious Karate practitioner.

Lidia Sobieska was revealed in a new trailer which showed gameplay footage of her in action in the new Island Paradise stage. The trailer also showed here kicking serious ass; specifically, she takes down Dragunov, Brian Fury, and Hwoarang, after which she proceeds to face off against Heihachi Mishima himself!

Check out the new launch trailer for Lidia here:

In the Tekken 7 story, Lidia is the Polish Prime Minister who has demanded Heihachi Mishima to withdraw Tekken Force troops stationed in Poland. In response, Heihachi brushed off her request, and instead invited to participate in the King of Iron First Tournament to “propose her request directly to him.”

As for her fighting style, Lidia uses a Polish style of Karate. Based on the gameplay shown in the trailer, it seems that she’s quite quick and powerful.

Lidia will release in Tekken 7 tomorrow, March 23, 2021. She will be available for Season 4 Pass holders that’s priced at USD 14.99 (PHP 599.95 on Steam in the Philippines). The Season 4 Pass also includes the previously-revealed Kunimitsu and the Vermilion Gates stage.