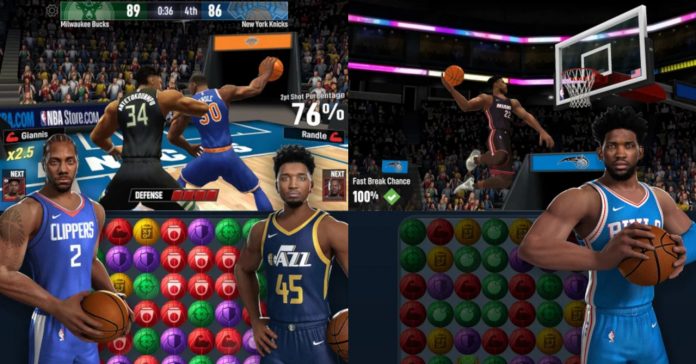 Ahead of the game’s launch, Netmarble has announced that the game is now open for pre-registration for the App Store and Google Play Store. By pre-registering to the game, players will get to receive in-game goodies for free upon launch.

For gameplay, it features fast-paced action and gem-bursting puzzle gameplay (a la games such as Candy Crush Saga). As an NBA title though, the game will have players  take charge of their favorite NBA team, collect and create customized lineups from the NBA’s ongoing roster of athletes, and even train their favorite players for a championship run.

Much like other NBA titles, Ball Stars will have a cover athlete. Specifically, 2019-20 Rookie of the Year, Ja Morant, is the official cover athlete for the game.

“The NBA and NBPA have been tremendous partners,” said Simon Sim, President of Netmarble US. “The creative freedom and collaboration we’ve had with them, along with Kung Fu Factory, in the production of our first major project for Netmarble US’ publishing efforts has been nothing short of phenomenal. To top it off, Ja Morant is a true star, and we’re beyond excited to have him on board for the upcoming launch of NBA Ball Stars.”