The anime series will tell the story of the first African samurai! 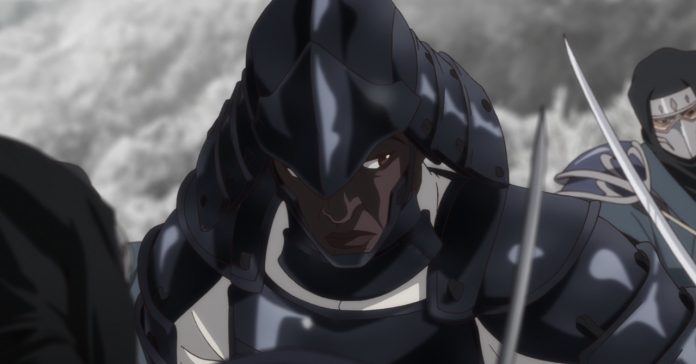 While it’s been years since the series’ announcement, Netflix has finally given us more info on the upcoming Yasuke anime series. Specifically, Netflix revealed the first images from the anime, as well as the series’ release date of April 29, 2021.

The new images of the Yasuke anime were released via Netflix’s NX Twitter, and the give us our first look at the legendary African samurai, as well as two other characters (possibly part of the main cast).

In case you’re unfamiliar, Yasuke is an anime series that will follow the story of Yasuke, a real-life samurai that served under Oda Nobunaga during Japan’s Sengoku period. Yasuke is a significant historical figure given that he was the first (and one of the only) African samurai.

LeSean Thomas (Black Dynamite) serves as the creator, executive producer, and director of the Yasuke anime series. Meanwhile, animation is being handled by MAPPA, the studio behind the final season of Attack on Titan, Jujutsu Kaisen, and more. Finally, the series’ music is by Flying Lotus, while LaKeith Stanfield is voicing Yasuke.

For more info on the series, visit: netflix.com/yasuke.