In partnership with Conservation International. 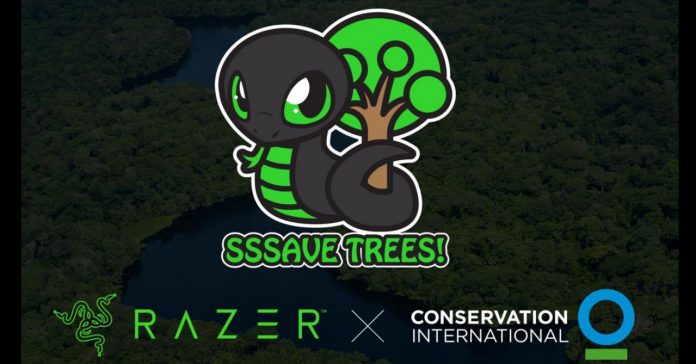 Back in October, Razer launched its Sneki Snek campaign in partnership with Conservation International, with the goal of protecting 100,00 trees in forests all over the world. Just less than two months since its launch though, Razer’s campaign has achieved its 100,000 target. Thanks to this, Razer has announced that it is stretching the Sneki Snek campaign’s goal to 1 million trees.

“The support for our #GoGreenWithRazer campaign, led by Sneki Snek, has been truly insane. We thought it would take some time to save 100,000 trees, but we have smashed that target in less than 2 months and are well on the way to the next target of 250,000 trees,” says Razer Co-Founder and CEO Min-Liang Tan. “So we decided to be more ambitious in protecting the nature together with our community and Sneki Snek by extending the target to 1 million trees. The more trees we save, the more we protect the nature and wildlife that depends on it for survival.”

In case you’re unfamiliar, Sneki Snek is a mascot that was made to lead Razer’s global conservation and sustainability campaign. Aside from being the face of Razer’s campaign, Sneki Snek merchandise was also released–the first of which is a Sneki Snek plushie–with each merch purchase saves 10 trees. 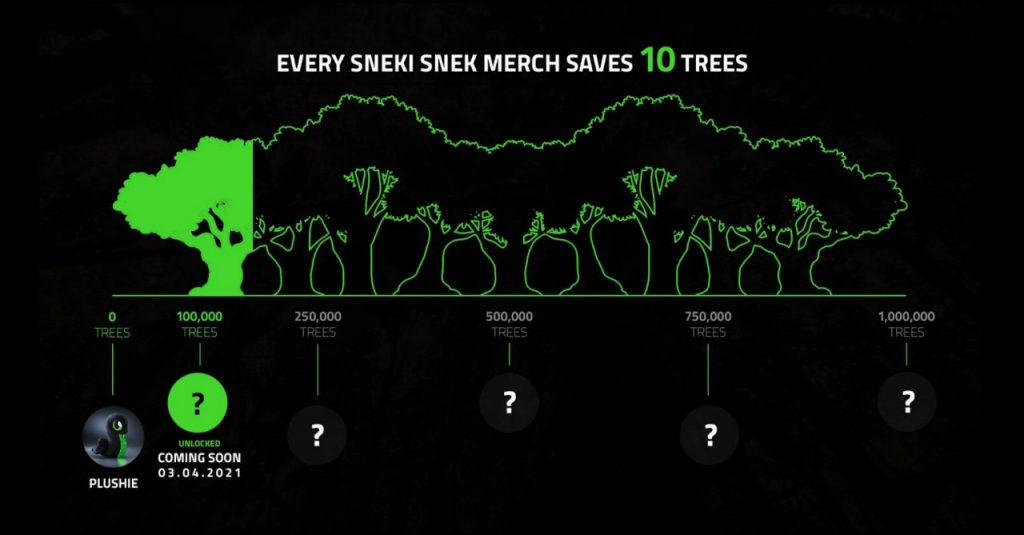 This campaign from Razer and Conservation International specifically protects trees from dozens of forests around the world, including those in Costa Rica, Ecuador, Suriname, Brazil, Madagascar, Indonesia, and more.

For more information on the campaign, visit https://www.razer.com/campaigns/sneki-snek.