Shoppers can get discount promos as high as 51 percent on March 27. 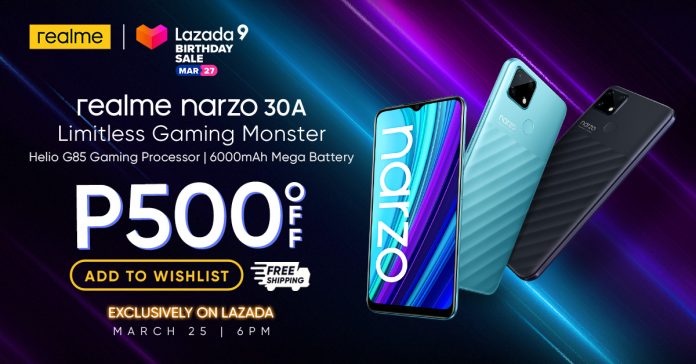 On March 27, Lazada is celebrating its birthday, and realme has confirmed that it is joining in on the fun! Aside from this, realme has also announced that its upcoming smartphone, the narzo 30A, will be available on Lazada this March 25. The phone will also be available with a discount during the sale on March 27.

For the Lazada Birthday Sale, realme has a range of devices on offer, the highlight being the realme 7 and 7 Pro, which will be available for only PHP 10,490 and PHP 13,990, respectively. The realme Buds Classic and Buds Q are also getting a 51 percent and 40 percent discount, leaving their final sale prices at PHP 290 and PHP 890 respectively. The realme Buds Air Pro will also get a discount to PHP 3,790. And finally, a PHP 300 discount will be given to the Powerbank 2i, N1 Sonics Electric Toothbrush and Selfie Tripod. 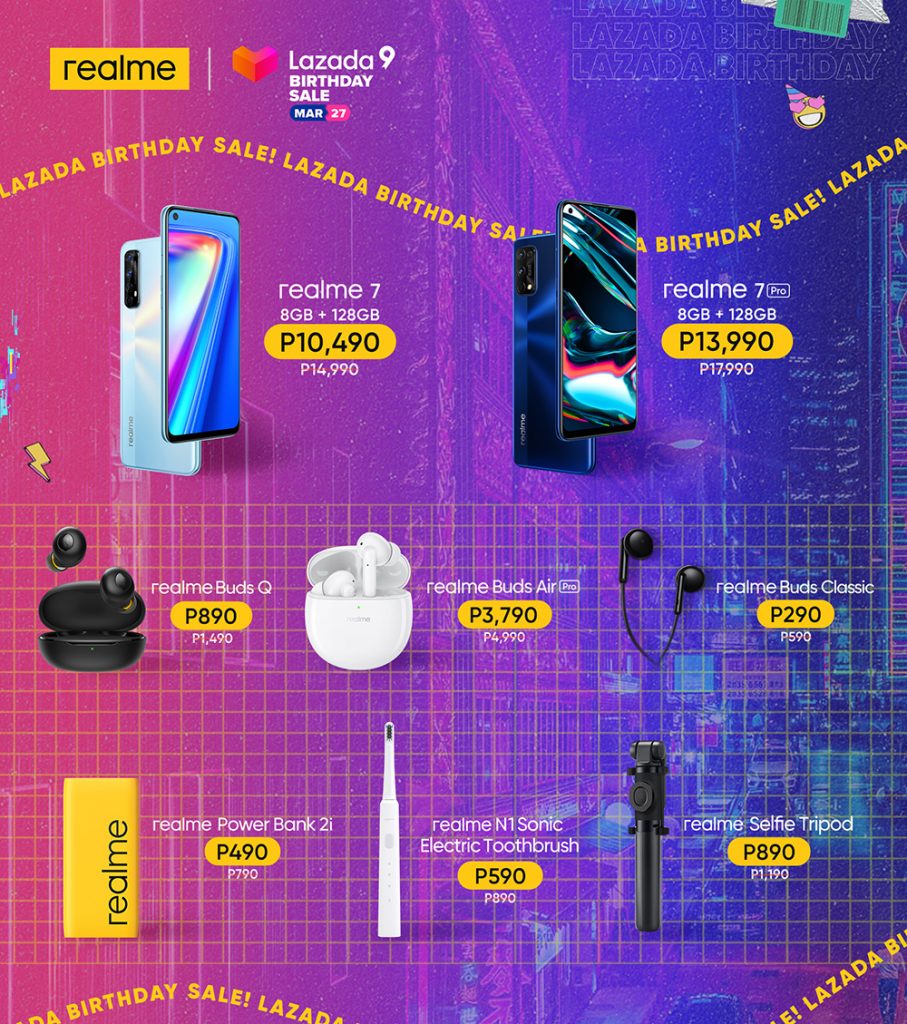 As for the realme narzo 30A, the phone’s price will be announced when it launches in the Philippines on March 25, 2021 at 6PM. The upcoming realme smartphone packs a MediaTek Helio G85 processor and a 6,000mAh battery for gaming, meaning it should be an excellent partner for mobile gamers on a budget.

Catch the launch of the narzo 30A this Thursday at the official realme Facebook page and YouTube Channel.