A solid option for fitness buffs. 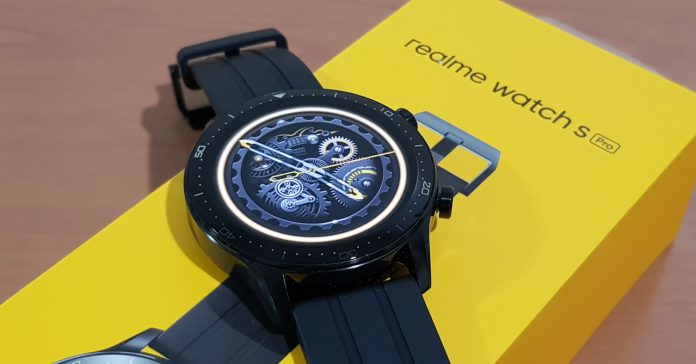 realme is well-known for its range of bang-for-buck budget and mid-range smartphones, so much so that it became the top smartphone brand in the country last year. Aside from phones, realme also has a range of other devices, including accessories like headphones.

Now, realme has launched its latest smartphone accessory, the realme Watch S Pro. While this isn’t the first realme smartwatch to launch in the Philippines (there was the realme Watch from last year), the Watch S Pro promises to be the best yet. Not only is this watch packed with lots of health monitoring and exercise features, it also has impressive water resistance capabilities and a long-lasting battery life. 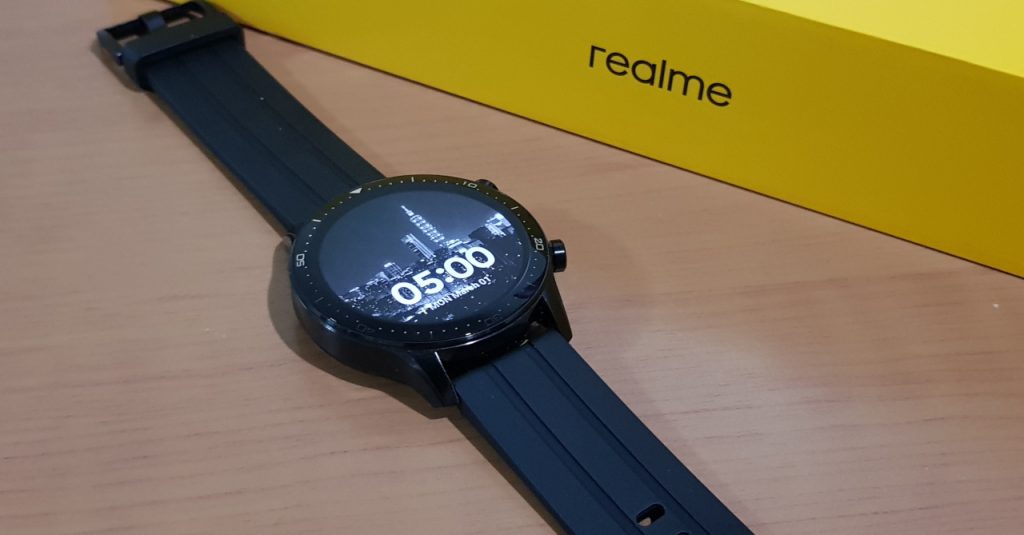 Of course, the Watch S Pro’s promise comes from the impressive specs and feature list. But does it actually hold up for real-world use? Find out here in our full review! 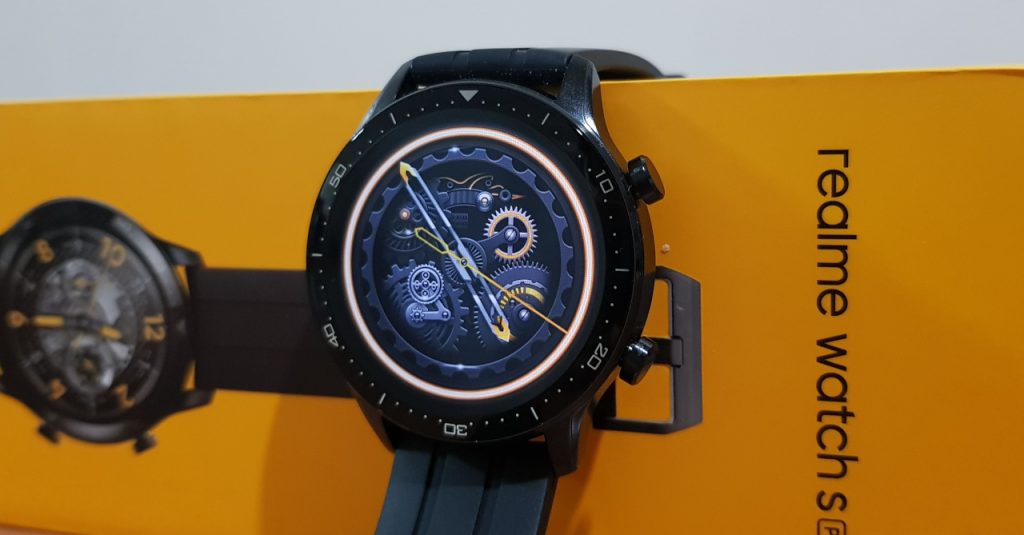 Given that it is a “Pro” smartwatch, the Watch S Pro is noticeably larger than the first realme Watch. The Pro also has a more sporty look, complete with two buttons the right side along with time markings on the outer edge of the watch face.

Speaking of watch face, the Watch S Pro has a ton of different options to choose from, ranging from sporty, futuristic, and even  a more analog look. Thanks to the different watch face options, the Pro should satisfy users who want to a more personalized wearable. Even though the sleek black color of the watch isn’t that attention-grabbing, there are many watch face options for users who prefer a more eye-catching look. 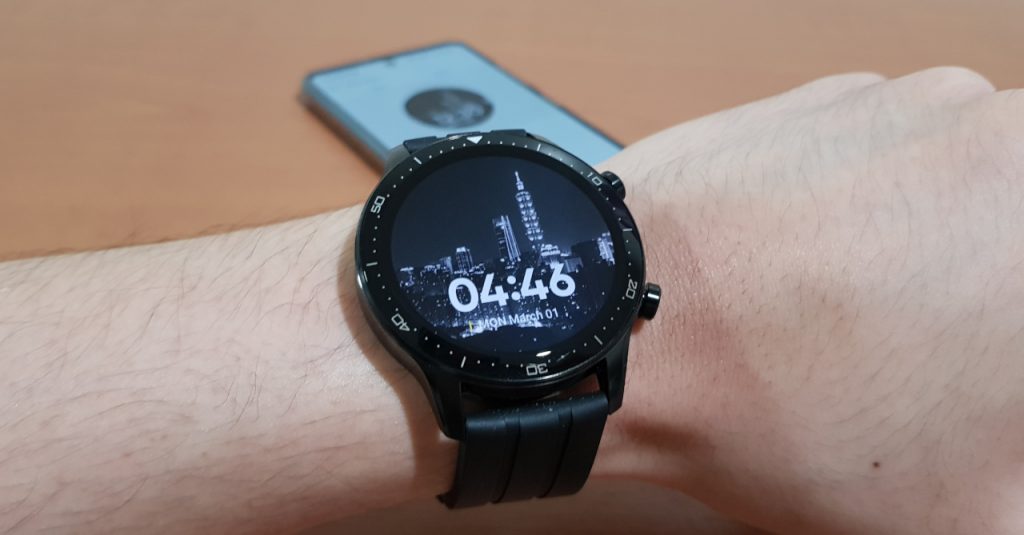 One thing that adds even more of a personal touch is the fact that the Watch S Pro can use your selected photo on its watch face. Thanks to this feature, you can pick your favorite travel snap, or maybe even a picture of your significant other on the Watch S Pro. While this is a nifty feature, I do hope that there are options to change the font for the numbers when choosing your own photo as there is only one option on the Watch S Pro currently.

Aside from looking great, the Watch S Pro also feels comfortable to wear for extended periods, even when exercising or even sleeping. This is thanks to its light weight, as well as its comfy silicone strap. The only issue with the Watch S Pro is that its face is quite large, which might not be ideal for users with slim wrists or small hands. Though for the most part, users should be satisfied with the Watch S Pro’s wearability.

As mentioned above, the Watch S Pro has a ton of nifty features. Starting off with its home menu, swiping left/right will give you access to the main watch face, a step/calorie counter, a sleep monitor, a weather app, a heartrate monitor, a music controller, and a quick access menu for settings (such as brightness and battery options). 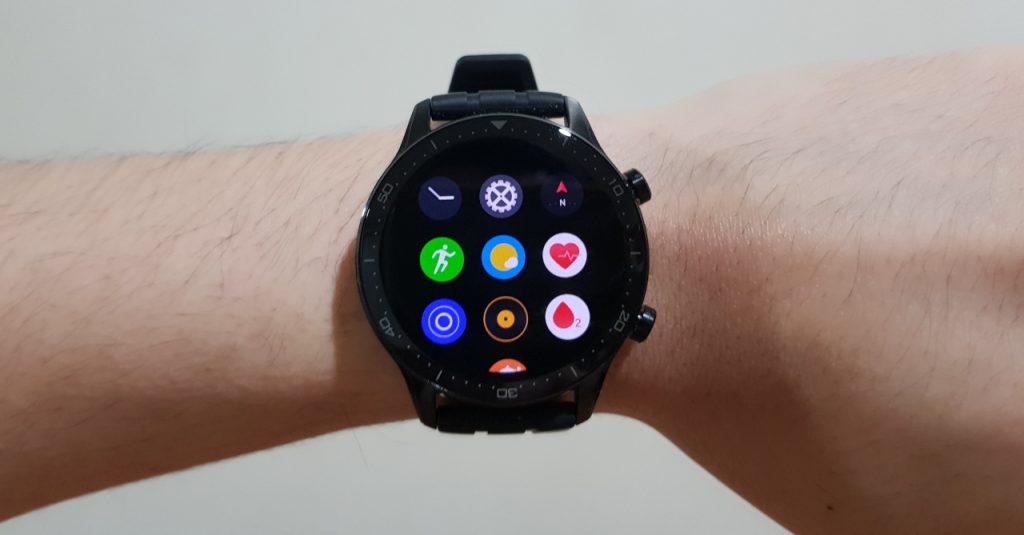 To access the rest of its features, you can swipe up to access the Watch S Pro’s app drawer. The other features of the watch include an SPo2 monitor, a compass, an alarm, a camera controller, a timer, a stopwatch, a breathing exercise app, a ‘Find my Phone’ tool, and a workout tracker.

Swiping down meanwhile will give you access to notifications such as messages if your Watch S Pro is connected to your smartphone.

Connecting the Watch S Pro with your phone is easy as you just need to download the realme Link app (on Android or iOS) and pair via a QR code displayed on the Watch S Pro. A smartphone connection is highly recommended as the Watch lets you control your phone’s music, and it lets the Watch get notifications.

With a phone connection, you can also access more detailed health tracking. This is great if you want to track your heartrate, sleep, or workouts over a certain period of time. 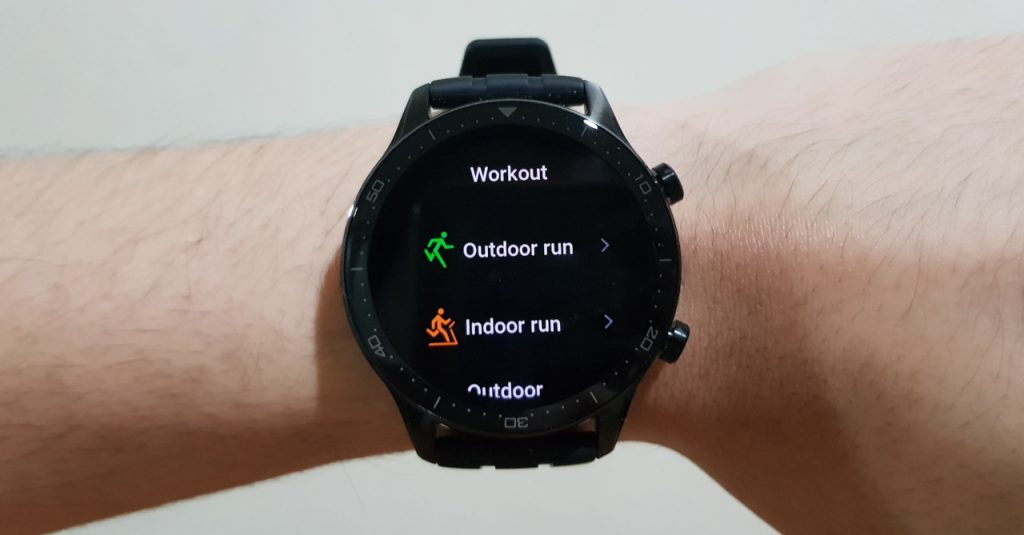 Speaking of workouts, the Watch S Pro has 15 workout sports modes, ranging from running, cycling, swimming, and more. Each mode will let you track specific items in your workout; for instance, swimming mode tracks your stroke count and pace, while outdoor run mode tracks your running circuit thanks to the built-in GPS functionality.

Thanks to the built-in GPS, the Watch S Pro is a good partner for users who love running outdoors. Though take note that the Watch S Pro’s GPS can be a bit finnicky in use.

Aside from running, the Watch S Pro is an even better companion for swimmers. This is because the smartwatch has 5ATM water resistance, meaning you can use it for water activities with pressures equivalent to a depth of 50 meters. Swimming in pools should be no problem with this watch given its rated water resistance.

While its features are great on their own, the Watch S Pro is made even better thanks to how easy it is to use on a day-to-day basis. In my experience, linking with the realme Link app is quick and easy, even when using a non-realme Android phone.

Another great thing about the Watch S Pro is its responsiveness  thanks to its capable dual core processor which helped the watch be fast and snappy when I used it. The watch’s 1.39″ AMOLED touchscreen is also great as I didn’t have to strain my eyes to see the time and to read info on the watch’s various trackers. The inclusion of Corning Gorilla Glass on the screen is also a nice touch. 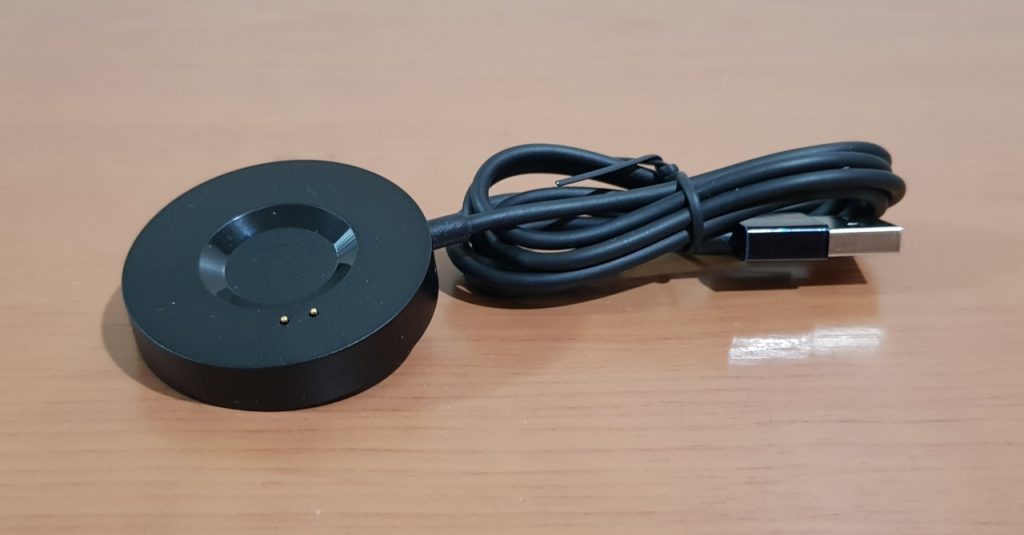 For battery life, realme claims that the Watch S Pro can last for two weeks on a single charge. Based on our test of it though, the Watch S Pro should last for a bit over a week of regular use–meaning it’s always worn and has the raise-to-wake feature on. While you can probably squeeze two weeks of use in one charge, a week or so of use is what you should expect if you want to take full advantage of the watch’s various features. 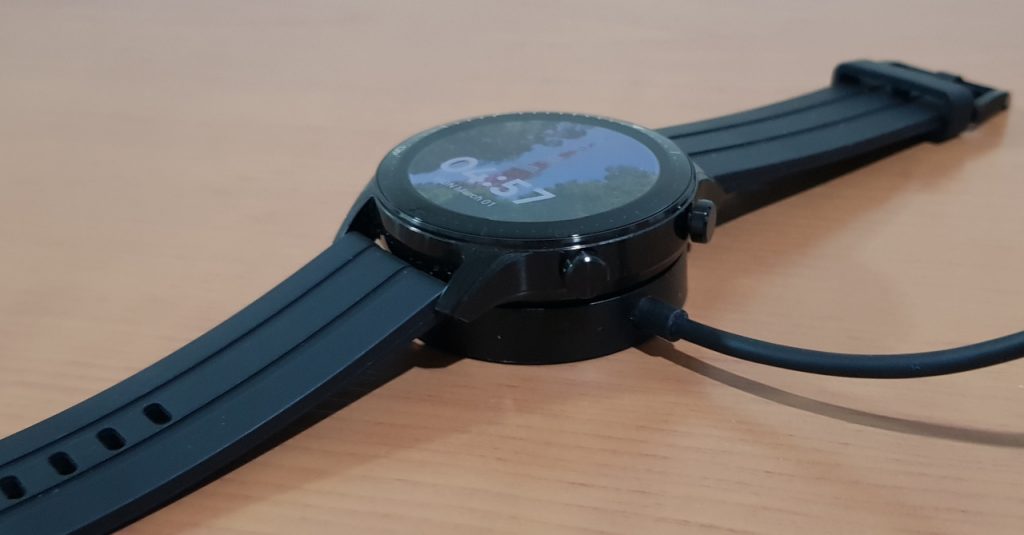 If you do need to charge, the realme Watch S Pro has a charger inside the box that fills the battery up from 0-100% in a bit under two hours. While not the fastest, it’s not bad for the amount of usage that you can get out of a full charge. 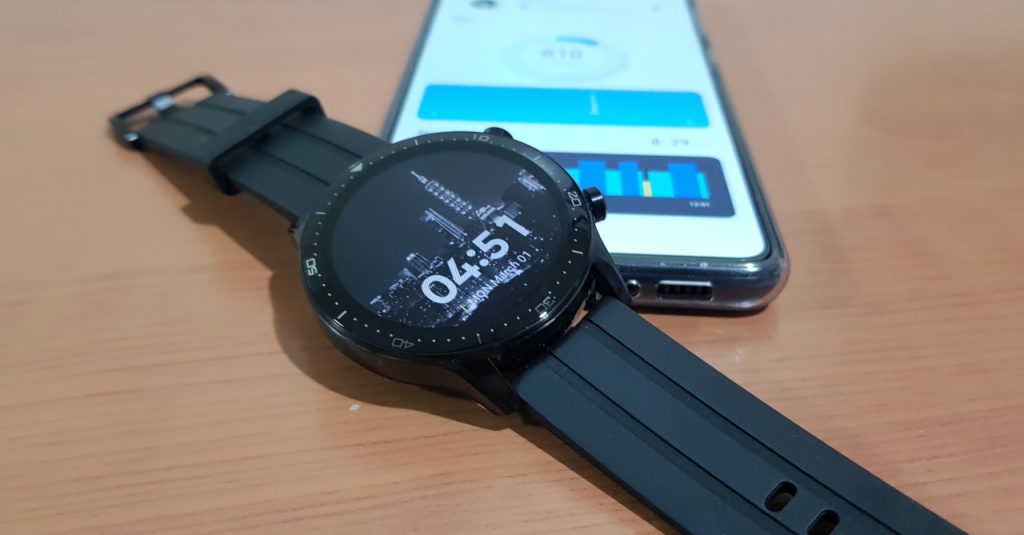 The realme Watch S Pro is designed for users who are active, and in that regard, it does not disappoint. Thanks to its impressive set of features, great design, and long battery life, fitness buffs will definitely love the Watch S Pro.

Even though it has a more premium PHP 8,990 price tag, its great features coupled with the fact that the watch has a 5ATM water resistance rating and Gorilla Glass protection means its an option well worth considering, especially for fitness buffs.

Interested in getting your own Watch S Pro? Buy one now at Shopee and get a big PHP 1,300 discount when you purchase during the 3.3 Mega Shopping Sale!