One of the best phones on a budget! 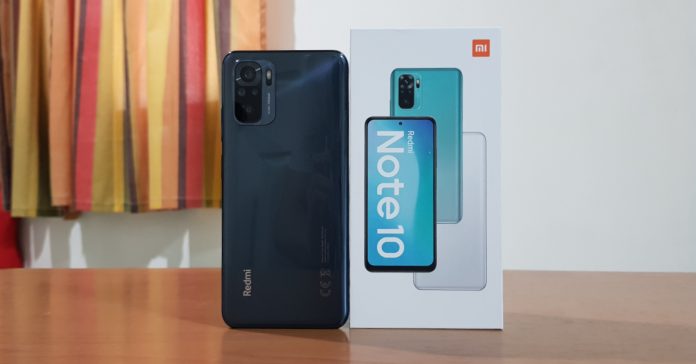 Xiaomi’s Redmi Note series has long been considered the gold-standard for budget smartphones. After all, the Redmi Note phones have powerful processors and pretty good cameras, all while having affordable price tags that often more budget-friendly than the competition.

Now, Xiaomi has launched its new Redmi Note 10 series in the Philippines. And while there are four Note 10 phones in the lineup, the one that we’re going to take a look at is the base Redmi Note 10. This new Redmi model packs a Snapdragon 678 processor, a 5,000mAh battery, and a quad camera setup, all with an affordable price tag. 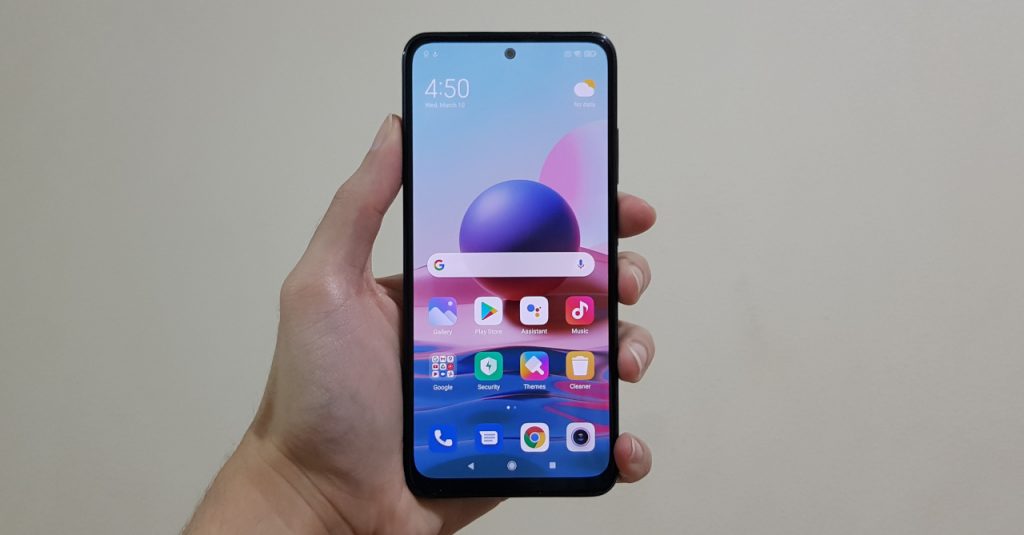 On paper, the Redmi Note 10 is an incredible deal, and it might just be the new budget phone to beat. But does it live up to expectations in actual use? Find out here in our full review of the Redmi Note 10! 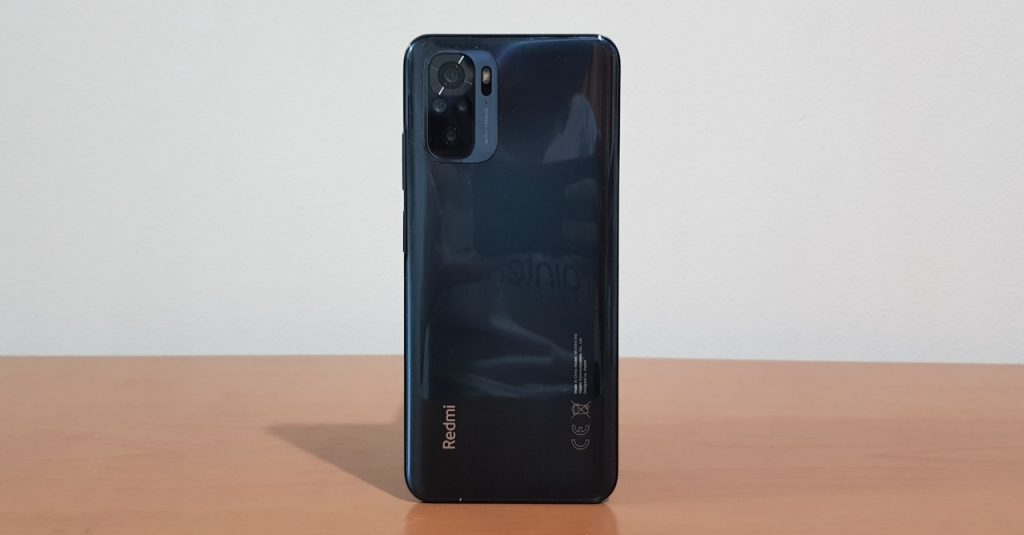 First off, let’s look at the Note 10’s design. What immediately catches the eye is the phone’s unique camera module. Unlike other phones with symmetrical camera configurations, the Redmi Note 10’s shooters have an interesting layout. While it’s unusual, we rather like it as it gives the phone some personality, making it stand out in the sea of affordable Android phones. 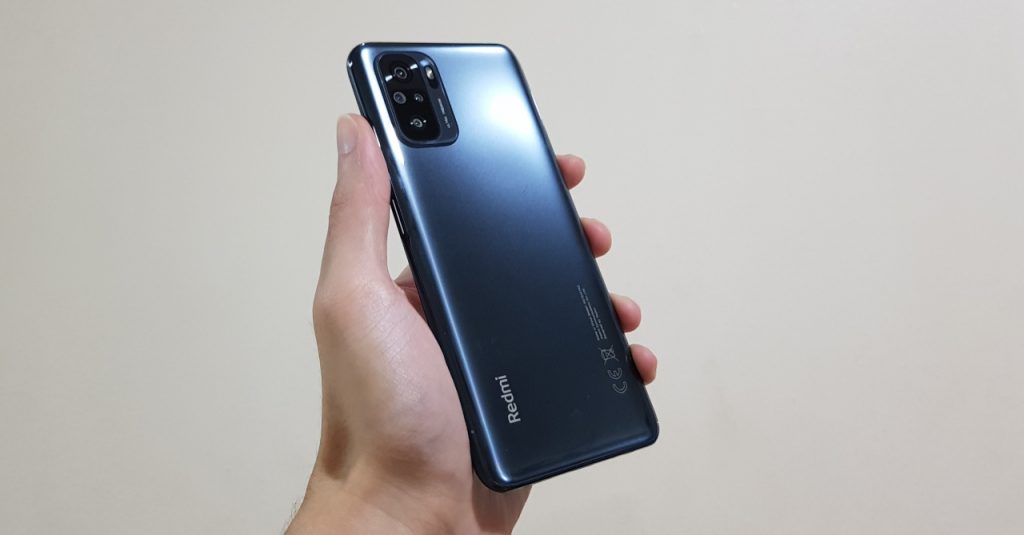 Aside from the unique cameras, the Redmi Note 10 also has an eye-catching glossy finish that also looks matte when seen in certain angles. The phone’s back looks great, but it is a major fingerprint magnet, meaning a case is a a must. It’s a good thing that the Note 10 comes with a clear case inside the box. 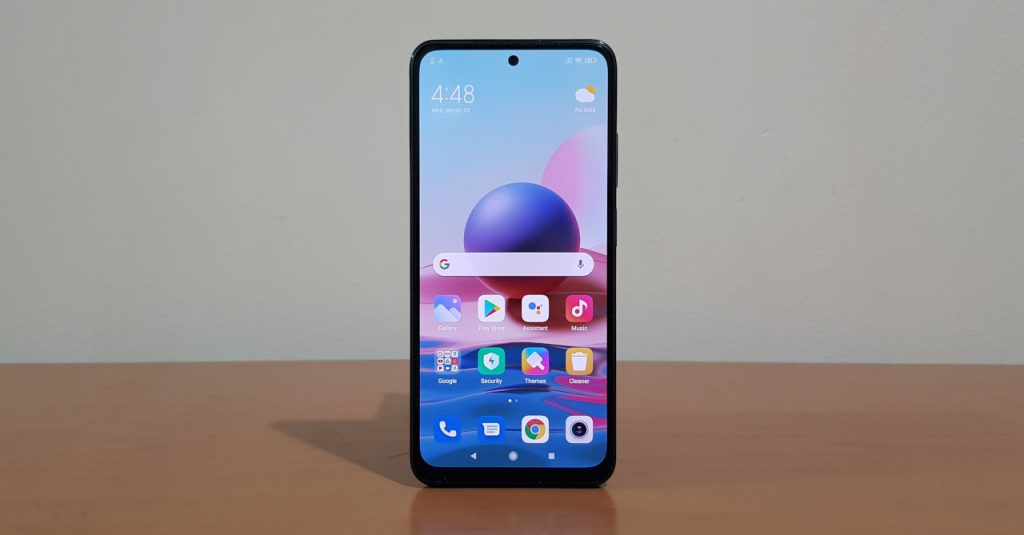 Moving to the front, we have the Note 10’s 6.43-inch FHD+ display with a holepunch notch at the top. While we think it would’ve been better if the selfie camera was moved to the left side, the phone’s front still looks good overall–definitely up to par with most of today’s smartphones. 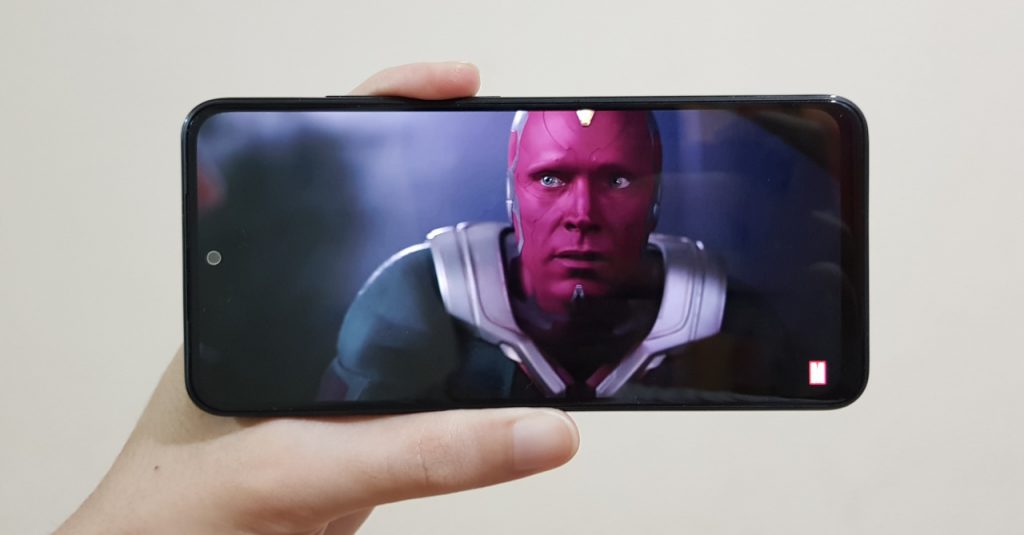 Speaking of the display, the Redmi Note 10’s screen is one of the best things about the phone as it uses an AMOLED panel. Thanks to this, binge-watching movies and shows on the Note 10 is a great experience, with the screen producing vibrant colors. Considering the phone’s price, having an AMOLED display is all the more impressive.

As for audio, the Note 10 also impressed as it has stereo onboard speakers; this is unlike other entry-level to mid-range phones which usually only have a single speaker. With its internal speaker setup, coupled with the fact that it gets decently loud, movies/shows can be enjoyed even without any external audio device. Of course, external speakers or headphones via the phone’s headphone jack or through Bluetooth are still recommended for a better viewing experience.

As mentioned above, the Redmi Note 10 is powered by a Snapdragon 678 processor, and it is paired with 6GB of RAM. So how well does it run games? Pretty good for the most part! 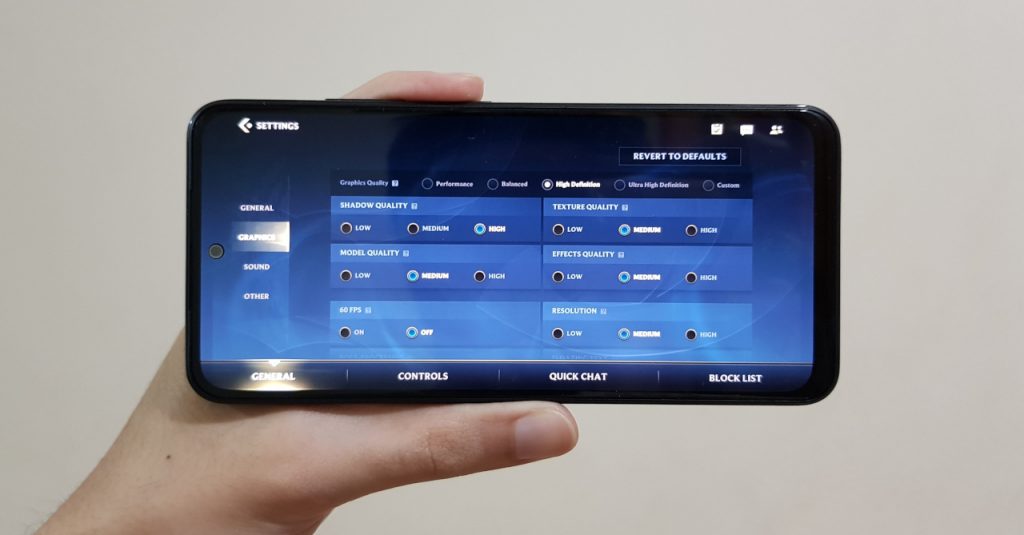 For easier-to-run titles such as League of Legends: Wild Rift, the Note 10 can run them at higher settings while still maintaining a playable framerate. While you likely won’t be able to max out some games, the new Redmi device impresses for today’s most popular titles.

As for hardware-intensive games like Genshin Impact, the Redmi Note 10 struggles a bit. On Genshin, the Note 10 can only play the game at the Low setting. While this isn’t the best-looking setting, it’s a pretty good result still given how demanding Genshin Impact is.

First off, here are some sample shots from the 48MP shooter taken at daytime:

As expected, the main shooter was able to take high quality outdoor images when there’s a lot of light. Images taken in these conditions have fairly accurate colors as well as a good amount of detail.

At night, the Redmi Note 10’s main shooter sees a dip in quality when using auto mode. But with the phone’s Night Mode, low light shots turn out much sharper and brighter. Though of course, there are limits as extreme low light conditions are challenging for the Redmi Note 10.

Moving on to the ultrawide shooter, the Redmi Note 10 is able to capture good ultrawide shots, especially in daytime. Though image quality sees a noticeable step down at night. It doesn’t help that the ultrawide camera cannot be used with the phone’s Night Mode.

For selfies though, the Redmi Note 10’s 13MP shooter is able to take quality photos, even if the beautification can be a bit too much by default. Finally, the phone is able to take decent portrait shots thanks to the dedicated 2MP depth sensor.

As the phone proved to be powerful enough for most of today’s popular mobile titles, it should come as no surprise that the Redmi Note 10 also performs well for day-to-day use. In my time testing it out, the Note 10 did not slow down at any point.

Further supporting the phone’s great everyday performance, the Note 10 returned a 540 single-core and a 1533 multi-core score on Geekbench 5. For comparison, the Redmi Note 9 395 and 1365 respectively, meaning the Note 10 brings a noticeable improvement.

Aside from performance, another feature that makes the Note 10 a great daily driver is its battery life. Thanks to its large 5,000mAh battery, this new Redmi phone will easily last for over a day of use. If you do run out of juice, the phone comes with a 33W fast charger inside the box, meaning you can reach 0 to full charge in just around an hour. 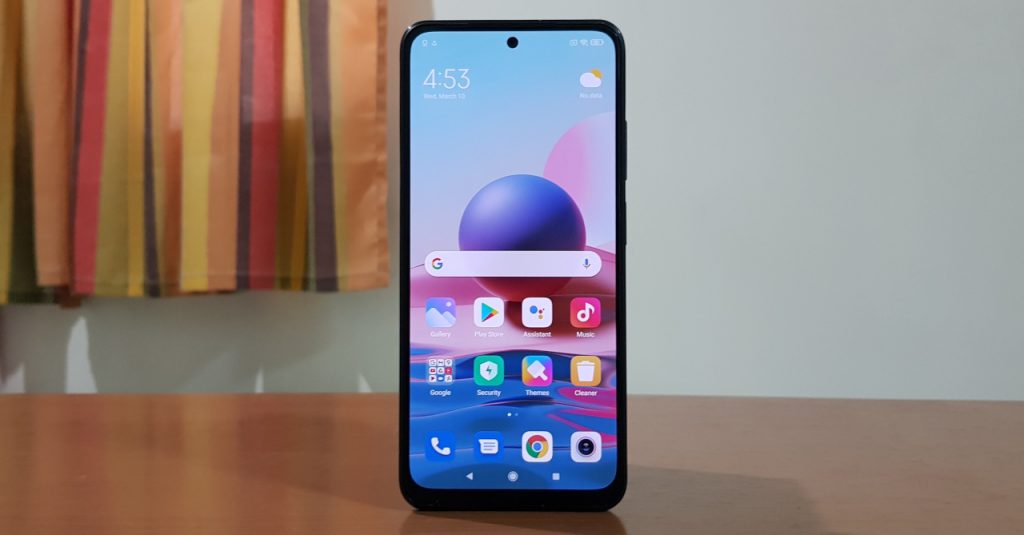 Other nice features of the Note 10 include a responsive side-mounted fingerprint sensor, as well as a USB Type-C port. Finally, the Note 10 runs on MIUI 12.0.2 based on Android 11. While we weren’t big fans of previous MIUI versions, the latest UI update makes it much better, both in terms of visuals and usability. Sure, it’s not stock Android, but most users should have no problems using it. 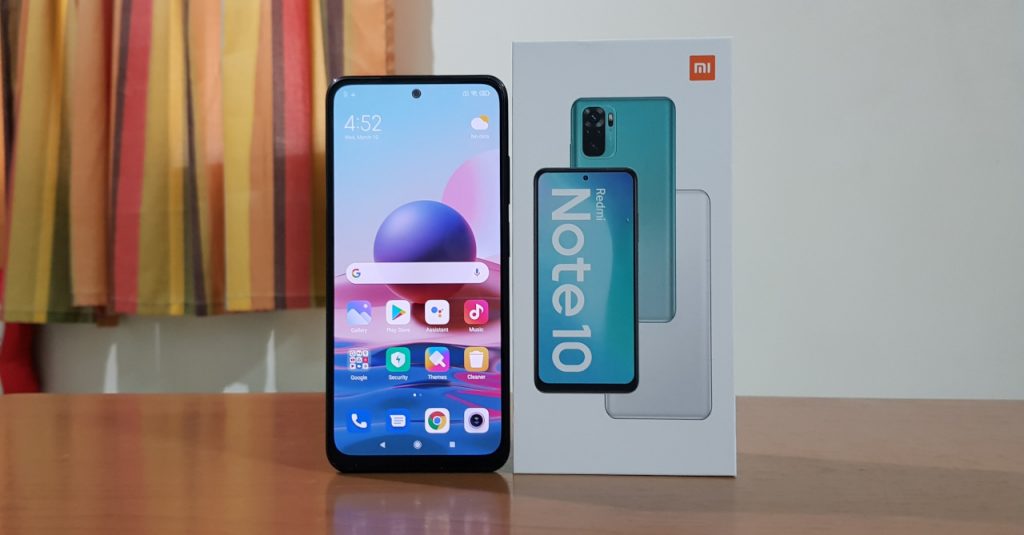 Xiaomi once again delivers with the new Redmi Note 10. Not only does the phone have good everyday performance, it can also game well, plus it has capable cameras and a nice design. On top of all these is excellent battery life, as well as an AMOLED display that’s a great match for media consumption.