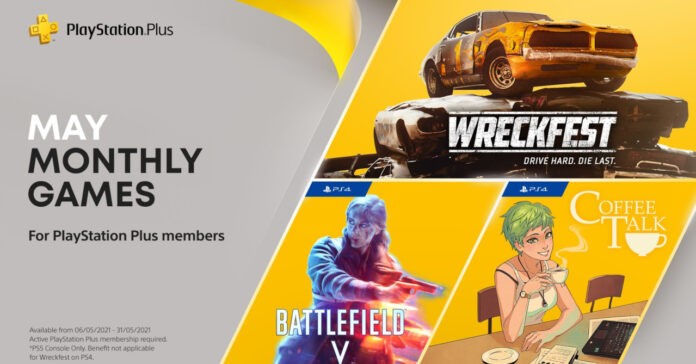 PlayStation has just announced the free PlayStation Plus games lineup for May 2021, and the free games are Battlefield V, Wreckfest, and Coffee Talk. Take note though, this lineup is for PlayStation users in Southeast Asia as other regions have a different free lineup. Plus, Wreckfest is available free and playable for PS5, though PS users can still claim the game via the PlayStation app.

In case you’re unfamiliar, Battlefield V is the latest game in DICE’s long-running Battlefield series. The game is set in World War II, and is a “thematic continuation” of the WWI-based Battlefield 1.

Meanwhile, Wreckfest is a racing game from the creators of FlatOut. Unlike your standard racing title, in Wreckfest, your goal is to wreck opposing cars and be the last one standing; at least in Demolition Derby mode that is. The game also features a more standard racing mode, but you’ll still be able to take out other cars along the way.

Finally, Coffee Talk is a visual novel from Toge Productions, an Indonesian indie studio. The game centers around talking to people and listening to their problems, all while serving up some fresh brews.

Take control on the battlefield, smash your competition to pieces or be a listening-ear barista and serve up some nice…

In the US though, the PS Plus May lineup is a bit different. While Wreckfest and Battlefield V are also in the lineup, players in the US will get Stranded Deep instead of Coffee Talk. 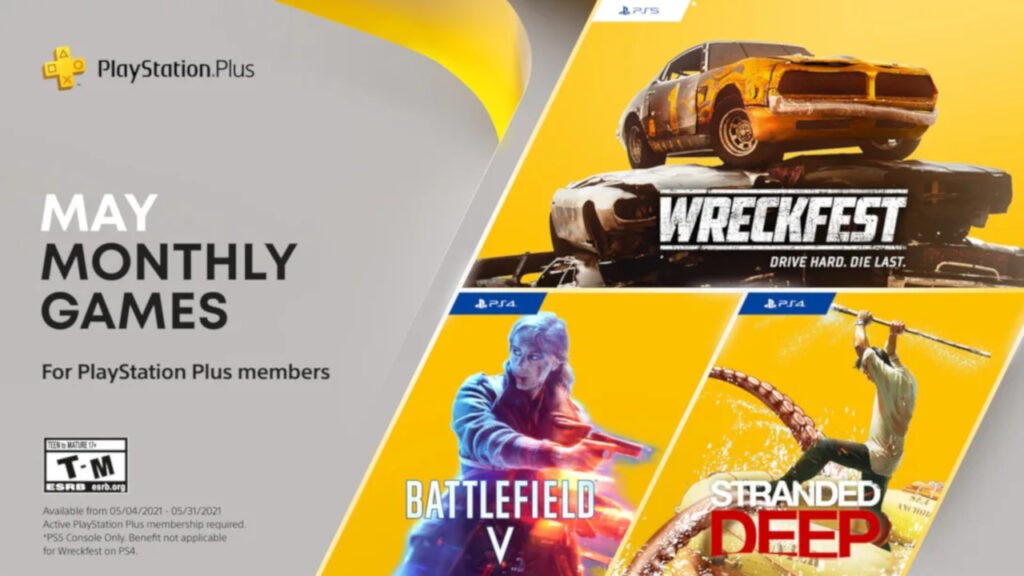