These new Huawei MateBook laptops are now available for pre-order. 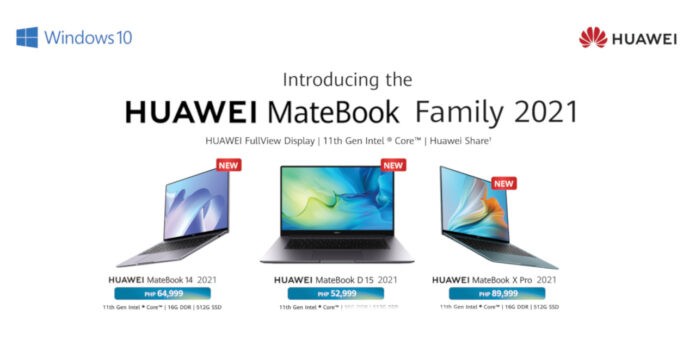 Fresh off of releasing the Mate Station S desktop, Huawei has announced that it is releasing a new series of MateBook laptops in the Philippines. These new laptops are refreshed models of Huawei’s signature MateBook models, including the D15, X Pro, and MateBook 14. All of these refreshed models will have 16GB of RAM, integrated Iris Xe GPUs, and Intel 10th and 11th generation processors.

Here’s a quick rundown of all the new MateBook models, along with their respective prices: 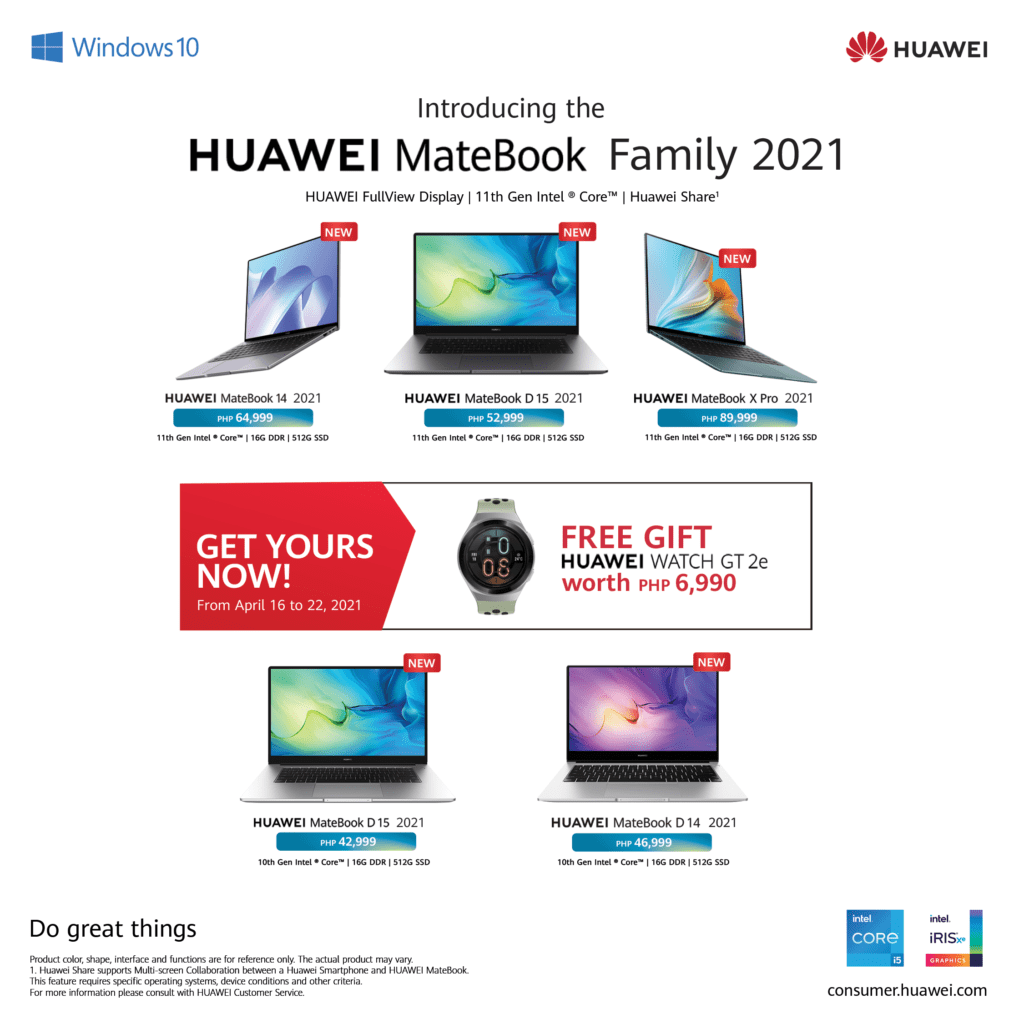 All these new Huawei MateBook laptops are available on pre-order in the Philippines starting today, April 16, 2021 via Huawei Store and official flagship stores on Lazada and Shopee. Pre-order customers who will purchase via Huawei Store, Lazada or Shopee will get FREE HUAWEI GT 2e (Green) worth PHP 6,990 for every purchase of HUAWEI MateBook laptops listed above from April 16 until April 22, 2021.

Not sure which MateBook is for you? The MateBook D 15 2021 is the choice if you’re on the lookout for a general use laptop for work/school. Meanwhile, the MateBook 14 is a more portable laptop, but still packs impressive features such as a 2K FullView display, and a 56Wh battery capacity for long battery life. Finally, the MateBook X Pro is the premium choice for discerning users thanks to its 3K resolution display with a 3:2 screen ratio and its premium metallic build.