Huawei launches the FreeBuds 4i and Band 6 in the Philippines

The new Huawei wearables are now available for pre-order! 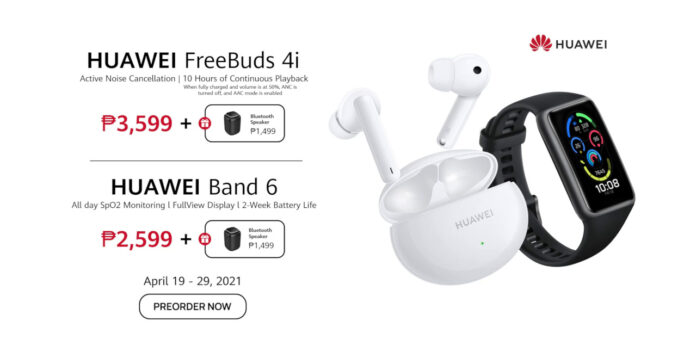 Fresh off of releasing its latest laptop lineup, Huawei has just unveiled two new wearables: the Huawei FreeBuds 4i and the Huawei Band 6. These new wearables have just been launched in the Philippines, and both are now available for pre-order. 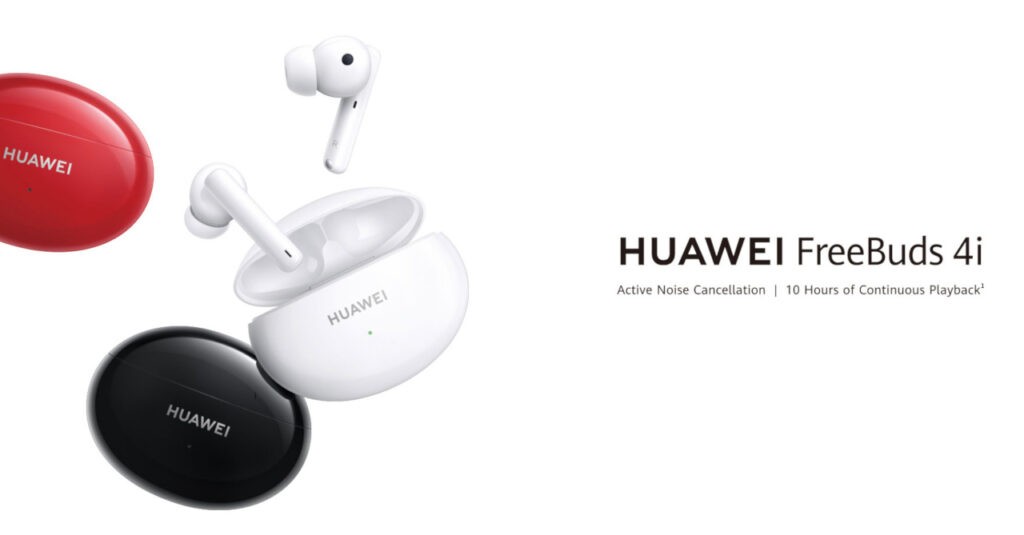 First up, we have the FreeBuds 4i, a pair of true wireless stereo (TWS) earbuds that feature Active Noise Cancellation (ANC), and in-ear fit, and premium style with three color options. The FreeBuds 4i also promise long battery life, with Huawei peging the buds’ playback duration at up to a continuous 10 hours. According to Huawei, a 10-minute charge with the included charging case can provide up to 4 hours of playback.

While the FreeBuds 4i promise a seamless connection with Huawei devices, these TWS earbuds are also with iOS and other Android devices. 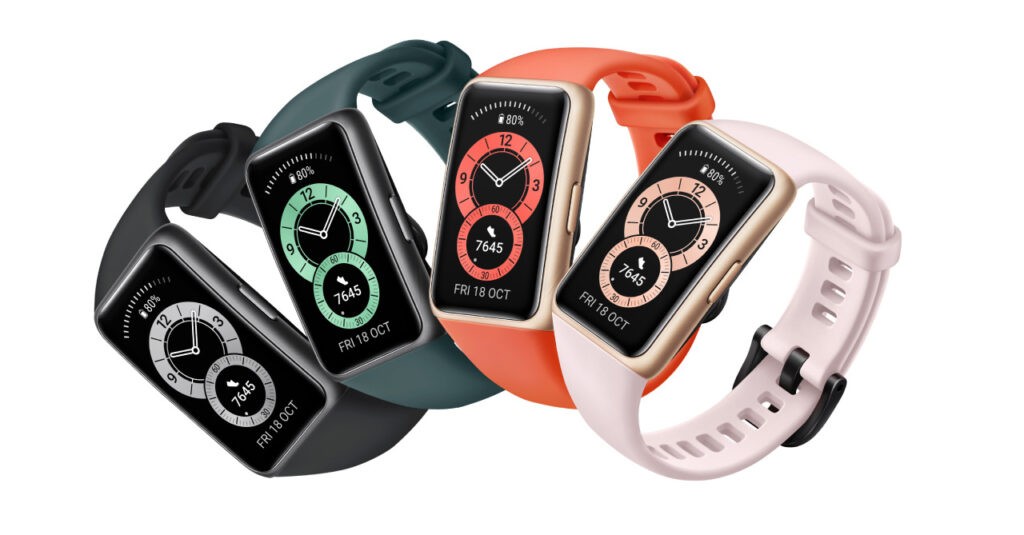 Up next, we have the Band 6, the latest smartwatch from Huawei. This new smartwatch is primarily a fitness tracker, as it comes with a wide range of exercise function and fitness challenges. Complementing these are several health tracking features, including a blood oxygen (SpO2) monitor, heartbeat sensor, sleep tracker, and many more.

To top it all off, the Band 6 also has a 1.47-inch AMOLED display with customizable watch faces, as well as up to a two-week battery life.

Freebuds 4i and Band 6 Pricing and Pre-order 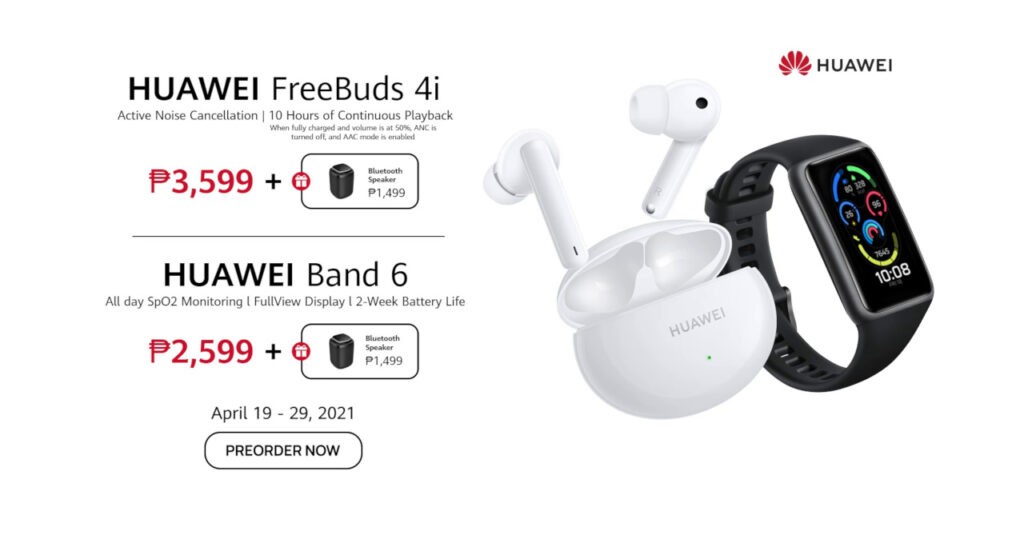 Pre-orders for the FreeBuds 4i and Band 6 will be on April 19 – April 29, and each pre-order will include limited-time Bluetooth speakers (worth Php 1,499) as freebies. Buyers can pre-order both devices online via the Huawei Store, Lazada, and Shopee, and they can pay via a number of participating banks such as Unionbank, RCBC, Metrobank, BPI, BDO, and more.