Samsung releases the new Galaxy A32 in the Philippines

The newest A-series Galaxy is here. 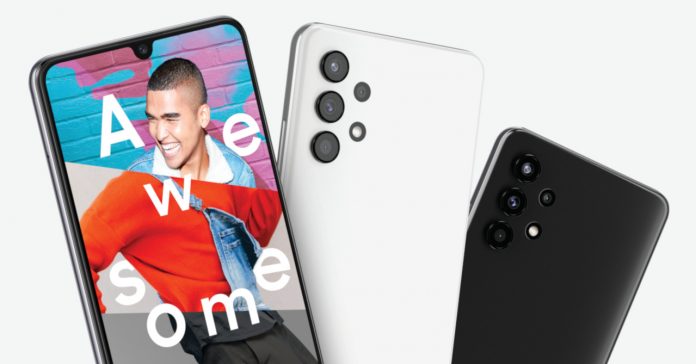 Just a bit over a week since the launch of the Galaxy A72 and A52, the Samsung Galaxy A32 is now available in the Philippines. This new member of the Samsung A-series is the most affordable one released this year, but it still packs an impressive list of features.

The A32’s highlight is its quad rear camera setup, as well as its 90Hz AMOLED display. But aside from these, the Galaxy A32 also has a 5,000mAh battery, a MediaTek Helio G80 processor, and an in-display fingerprint sensor. 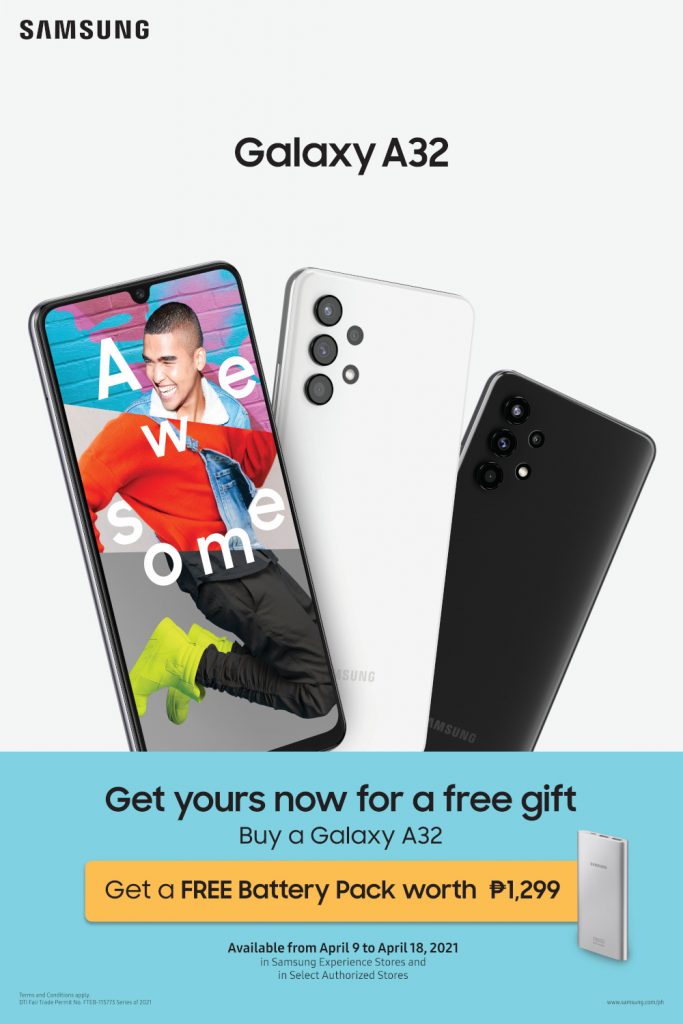 The Samsung Galaxy A32 in the Philippines is priced at PHP 13,990, and it is available now at the Samsung Online Store, Lazada, Shopee, and the online platforms of MemoXpress and Abenson. Buyers of the A32 from April 9 to 18 online will get a a free Samsung 10,000mAh battery pack worth PHP 1,299.

Along with this freebie, buyers of new Galaxy devices (including the other A-series phones) will can enjoy whole host of freebies:

For more on the new Samsung Galaxy A32, visit: www.samsung.com/ph/smartphones/galaxy-a/.