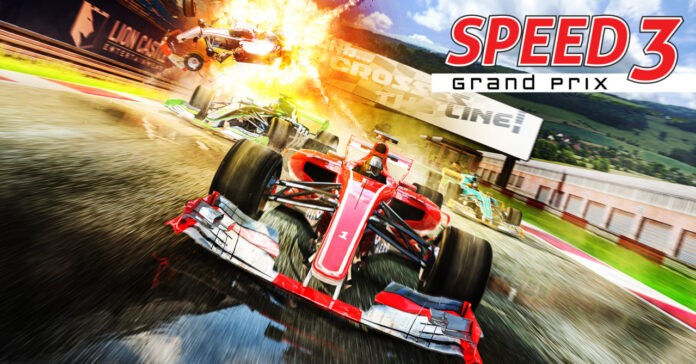 Following the game’s release in the West back in November, goGame has just announced that Speed 3: Grand Prix is now available in Asia; including Japan, South Korea, Hong Kong, Taiwan, and the rest of Southeast Asia.

In Speed 3: Grand Prix, players race in open-wheel Formula 1-style cars. But unlike more serious racing sims, this game mixes high-speed racing with arcade action. Players in the game can choose from 6 different teams as they race towards the first spot in 24 races across 3 seasons.

Here’s a quick rundown of the game’s features:

Speed 3: Grand Prix is available now on the PlayStation Store and the Nintendo eShop.