Limited-edition DBTK merch is free with each purchase of select VivoBook laptops! 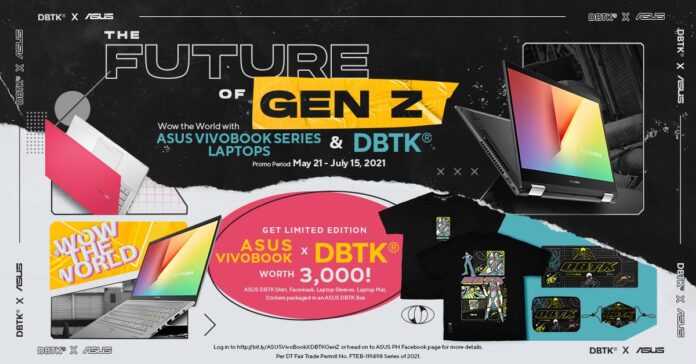 Specifically, the ASUS x DBTK merch includes a T-Shirt, Laptop Mat, Laptop Sleeve, Facemask, and sticker, all packed in an exclusive ASUS DBTK Box. Meanwhile, here’s the full list of laptops that will come with the free DBTK merch: 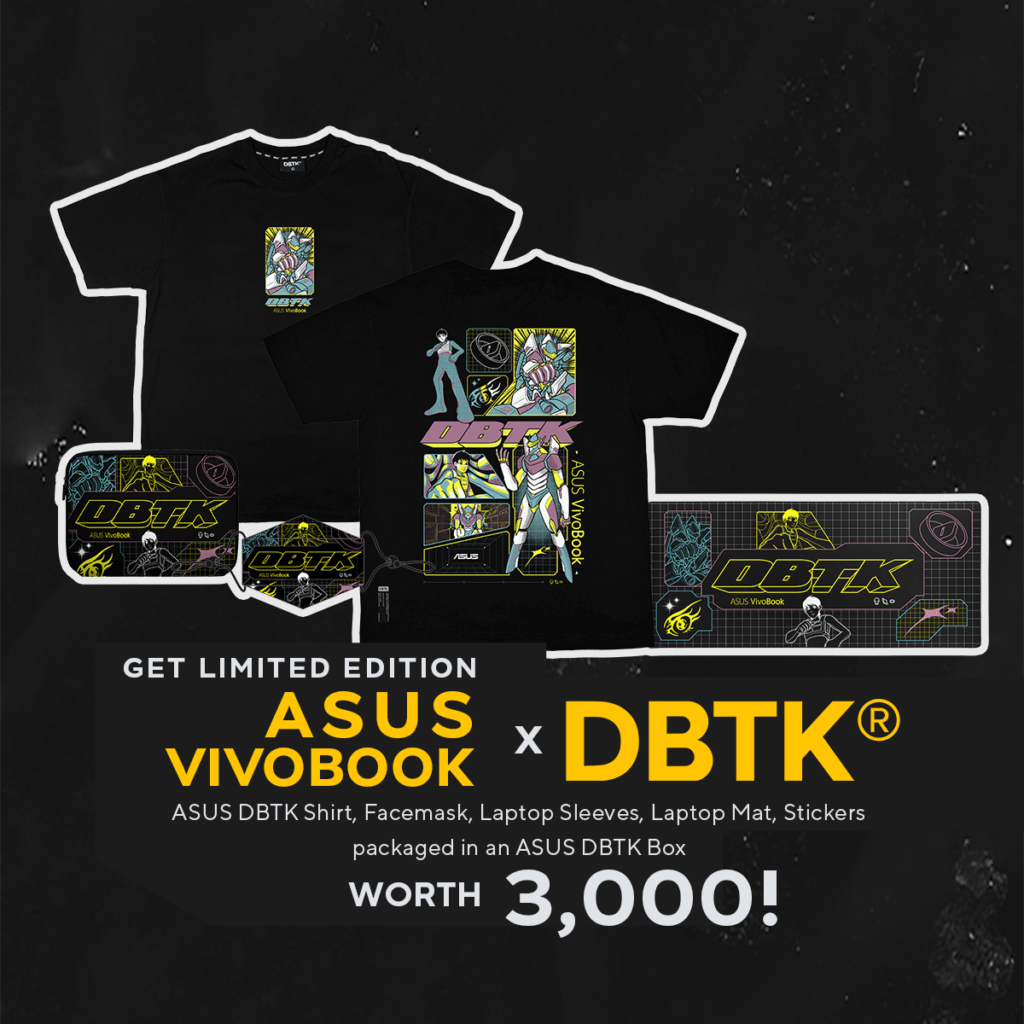 The ASUS x DBTK merch collab is a reflection of #WowTheWorld – the official tagline of the ASUS Vivobook Series. This tagline, according to ASUS, is “a challenge for the youth today to freely express themselves and push their limits in pursuing their passion while discovering their self along the journey.”

Along with this partnership, ASUS Vivobook will also be collaborating with Riva Queenery as the official Vivobook ambassadress to help spread the message to the youth. 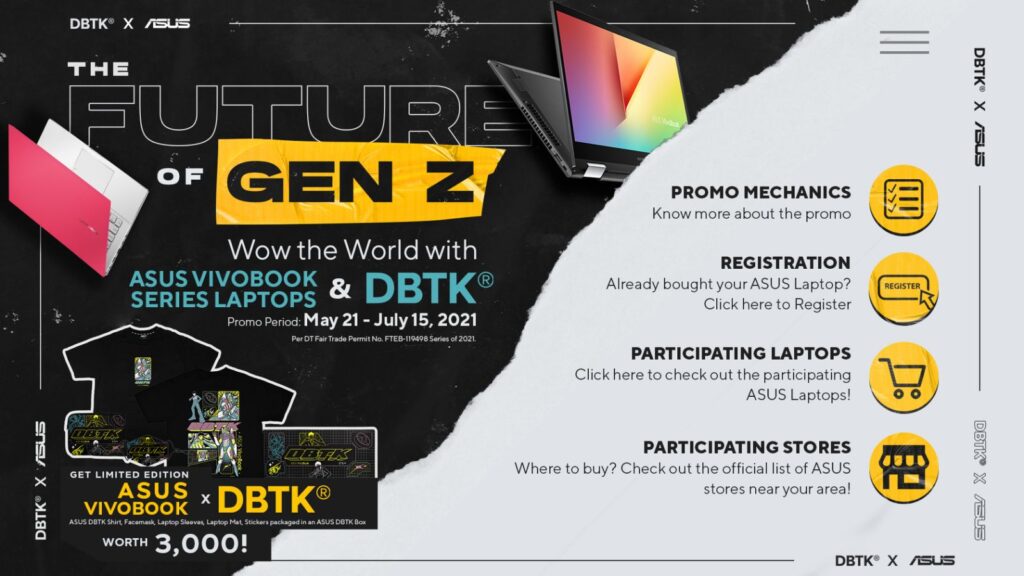 In case you’re unfamiliar, Don’t Blame the Kids Apparel Co. is a Filipino lifestyle & clothing brand that is arguably one of the most popular in the country’s streetwear scene. DBTK is no stranger to collabs, with DBTK having collaborated with other tech brands prior to this ASUS merch partnership.

- Advertisement -
Previous article
Eden Review: A post-apocalyptic anime series with a lot of heart
Next article
Overwatch 2 PvP mode will feature only five players per team