Kentaro Miura passed away due to acue aortic dissection. 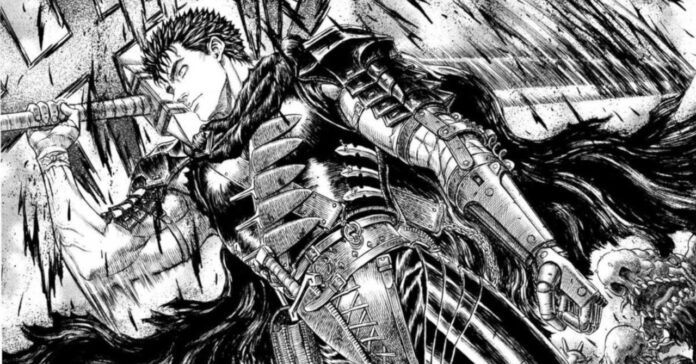 Today is definitely a sad day for manga/anime fans as Kentaro Miura, the creator of the Berserk manga, has passed away at age 54. Mirua’s passing was announced by series publisher Hakusensha through the official Berserk Twitter.

According to the released statement, Miura died on May 6, 2021 as a result of acute aortic dissection. In the statement, it was also revealed that his family has held a private service for his passing. 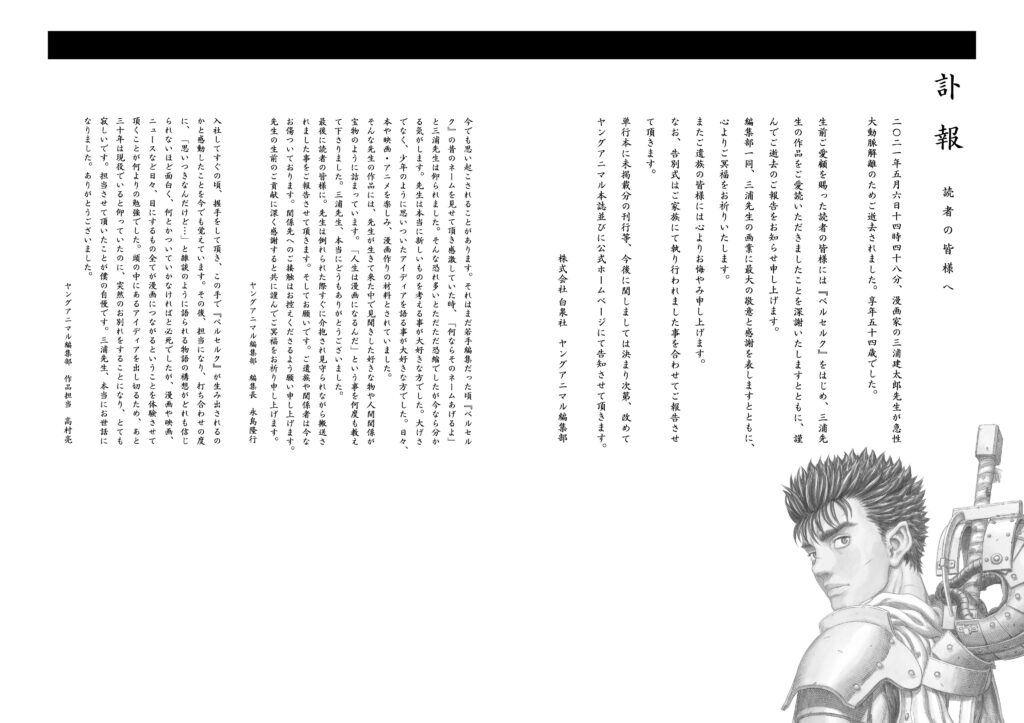 Kentaro Miura was born back in 1966, and he first started creating manga during his days in school. Miura’s first serialized work is Noa, which was published in Weekly Shonen Magazine back in 1985. Though Miura gained renown for his manga series, Berserk, which started serialization back in 1988 on Hakusensha’s Young Animal magazine.

Berserk follows the story of Guts, a lone mercenary who is branded for death and hunted by demons. This grim manga is set in a medieval Europe-inspired world, and is an incredibly popular series thanks to its dark fantasy story and setting. The manga proved to be popular enough that it was received two anime adaptations – one back in 1997 and another in 2016.

Given that the Berserk manga is ongoing, it will remain to be seen if (or how) the manga series will continue following its creator’s passing.