Xbox players can finally try out this unique take on the Dragon Quest series. 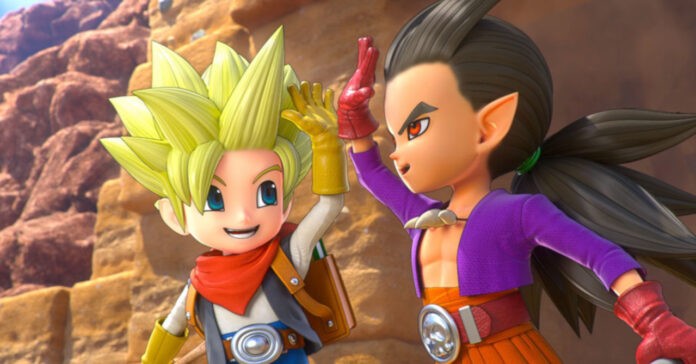 Following the game’s release on PS4, Switch, and PC back in 2019, Dragon Quest Builders 2 is now available on Xbox One and on Xbox Game Pass. Finally, players on Microsoft’s Xbox platform can try out this unique spin-off of the long-running Dragon Quest series.

As an Xbox Play Anywhere title, purchasing a single digital version of Dragon Quest Builders 2 on the Microsoft Store will allow for play on either Xbox One or Windows 10, with shared saved progress and Achievements. Game Pass subscribers will also be able to play the game on either their Xbox console or on their Windows PC.

In case you’re unfamiliar, Dragon Quest Builders 2 is a spin-off of the Dragon Quest series which features gameplay that’s more like Minecraft than a typical JRPG. The game is described by Square Enix as:

“Dragon Quest Builders 2 is a block-building role-playing game with a charming single player campaign and a robust multiplayer building mode that supports up to four players online. Create your customized character, team-up with your fearless friend Malroth, gather the skills required to become a full-fledged builder, and combat the Children of Hargon, a vile cult that worships destruction! Then, take your builder online and join your friends to collaborate and create something truly magnificent. Don’t let the name fool you, despite the 2, this is a completely standalone experience featuring new characters, an expansive world, unlimited building combinations, and a storyline that’s sure to satisfy longtime fans and newcomers alike!”

Want to know more about the game? Check out our full review of Dragon Quest Builders 2.