Netflix has an impressive movie and series lineup for June 2021 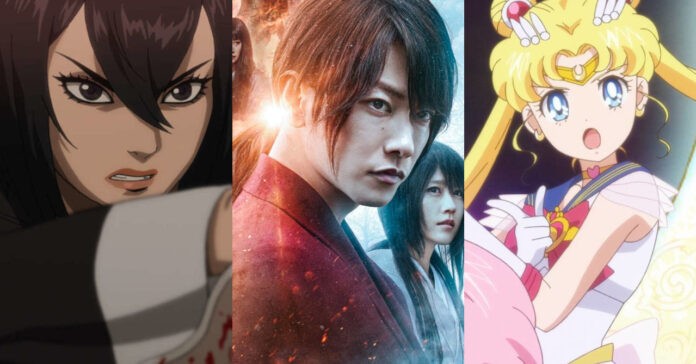 Looking for new movies and shows to binge-watch? Well, you’re in luck as Netflix has quite an impressive lineup of new content for June 2021. Among the new shows and movies coming to Netflix are the long-awaited animated series – Trese, the recently-released live-action Rurouni Kenshin movie, and a lot more!

While there are tons of new shows/films coming to Netflix next month, here’s a rundown of five that we’re most excited for:

Trese is no doubt the series we are most looking forward to next month. After all, this series is based on the popular Filipino comic that features various mythological creatures from Philippine folklore. Plus, the show looks great based on what we’ve seen from the trailer!

Trese will release on Netflix on June 11.

Rurouni Kenshin: The Final serves as the finale to the live-action Rurouni Kensin series, and it was released only recently in Japanese cinemas. While a Philippine cinema release is out of the question in Metro Manila, fans of the iconic Samurai series should be happy to know that it will release in full on Netflix!

Catch Rurouni Kenshin: The Final when it streams this June 18.

Another anime series coming to Netflix this June is Record of Ragnarok, the anime adaptation of the hit manga series of the same name. This anime will follow the story of 13 of the most notable fighters in human history as they off against 13 of the most powerful gods to decide the fate of humanity.

Record of Ragnarok streams on June 17.

Now here’s a treat for Sailor Moon fans! Sailor Moon Eternal The Movie will release on Netflix this June, and in case you’re unfamiliar, this film serves as a sequel to the Sailor Moon Crystal series. Eternal is a two-part anime film that’s based on the Dream arc of the manga.

2021 is quite a year for Godzilla fans. Not only did we get Godzilla vs Kong last March, we are also getting the new anime series, Godzilla Singular Point. Produced by Bones (My Hero Academia) and Orange (Beastars), Singular Point is a 9-episode series that blends traditional and 3DCG animation. Best of all, it stars the King of Monsters himself!

While the five movies/shows are the ones we are most excited for, that’s just a short list of what’s new on Netflix this June 2021. To see what other movies and shows are releasing on Netflix next month, watch: