The new Pokemon games are releasing sooner than we expected! 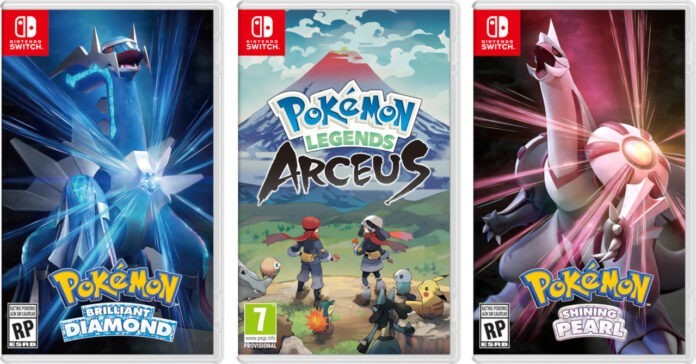 Following their announcement back in February, we finally have the official release dates for the three upcoming Pokemon games! For starters, Pokemon Brilliant Diamond & Shining Pearl will release on November 19, 2021 for the Nintendo Switch. Meanwhile, Pokemon Legends: Arceus will release on January 28, 2022.

In case you’re unfamiliar, Brilliant Diamond and Shining Pearl are the remakes of the 4th generation Pokemon games. These two remakes will keep the original games’ story, as well as its top-down perspective (unlike Sword and Shield).

The games are described by The Pokemon Company as:

“Pokémon Brilliant Diamond and Pokémon Shining Pearl are remakes of Pokémon Diamond and Pokémon Pearl. The story is faithfully re-created, and the sense of scale of the originals’ towns and routes is carefully preserved. People who played the original games can revisit familiar places and relive familiar scenes. For those setting out through Sinnoh for the first time, plenty of new encounters and surprises await. These remakes include easy-to-understand, player-friendly conveniences of the modern Pokémon series, plus up-close-and-personal Pokémon battle scenes. Whether you played Pokémon Diamond or Pokémon Pearl back in the day or you’re encountering these games for the first time, there’s something for everyone to enjoy.”

Meanwhile, Pokemon Legends: Arceus is a Pokemon spin-off that’s set in a past version of Sinnoh, and features an open-world along with action RPG elements. The game seems sort of like a fusion between Pokemon and Legend of Zelda: Breath of the Wild.

In Pokémon Legends: Arceus, the Pokémon series takes on a bold new direction, fusing action with RPG elements. The game takes place in the Sinnoh region long before the events of Pokémon Diamond and Pokémon Pearl. In this game, you’ll set out to create the region’s first Pokédex. You’ll need to catch, survey, and research the wild Pokémon of Sinnoh to create a complete Pokédex.

For more info on the games, visit their official websites at: