Which TWS earbuds should you pick? 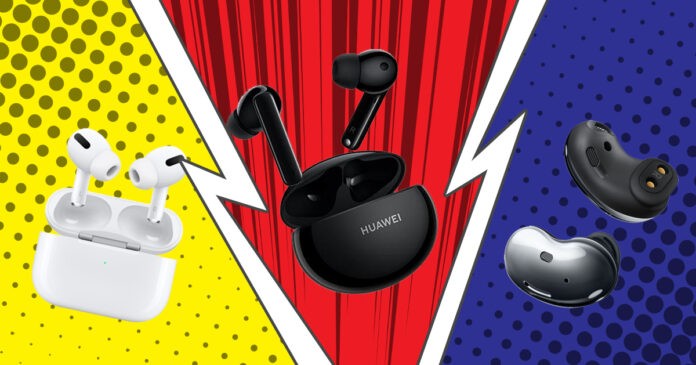 Over the past couple of years, true wireless stereo (TWS) earbuds have become quite popular thanks to their portability and the wire-free experience they provide; after all, having wired headphones can be annoying for some. Of course, not all TWS earbuds are made equal, as for the best experience, you’ll need premium TWS buds with active noise cancellation (ANC) so outside noise is blocked better.

Given that there are tons of TWS buds to choose from, it can be hard to pick which one is the best buy for you. In case you have no idea which pair of wireless buds to pick, we’re going to take a look at three premium TWS earbuds that promise excellent sound quality and noise isolation: the Huawei FreeBuds 4i, Apple AirPods Pro, and the Samung Galaxy Buds Live. All three earbuds are quite promising when taken (and heard) on their own, but only one can be called the best premium TWS buds that you can buy today.

So, which one should you get? Find out here in our Premium TWS Showdown! 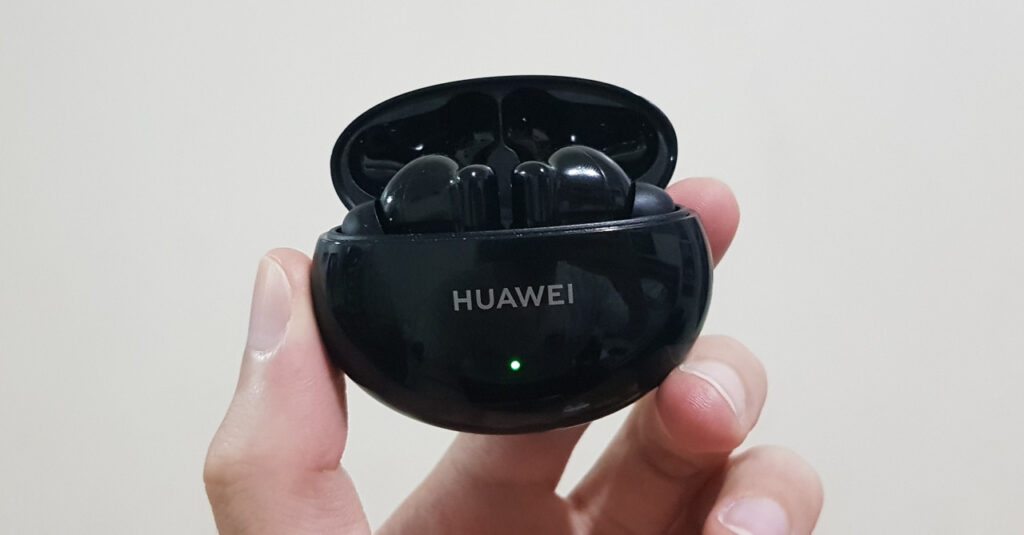 Before we tackle sound quality, let’s first take a look at their designs. First up, we have the FreeBuds 4i, Huawei’s latest TWS buds that have ANC. In terms of looks, the FreeBuds 4i looks stylish and premium, especially in the black colorway that we have with us. The FreeBuds 4i also comes in white and red, both of which look great as well. 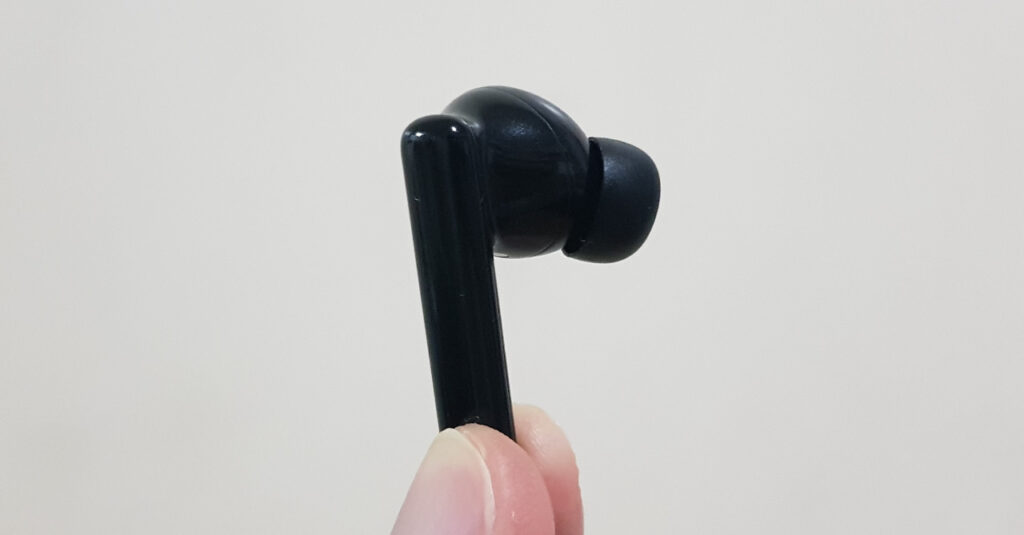 Aside from looking great though, the FreeBuds 4i is also incredibly comfortable to wear. Of course, you’ll have to use the right ear tip size for you; thankfully, the FreeBuds 4i packs extra ear tips in different sizes so you can choose which one fits you best.

As for its charging case, the FreeBuds 4i’s case is also rather stylish. More importantly though, it is also quite portable. Plus, it has a Type-C charging port which is always a plus. 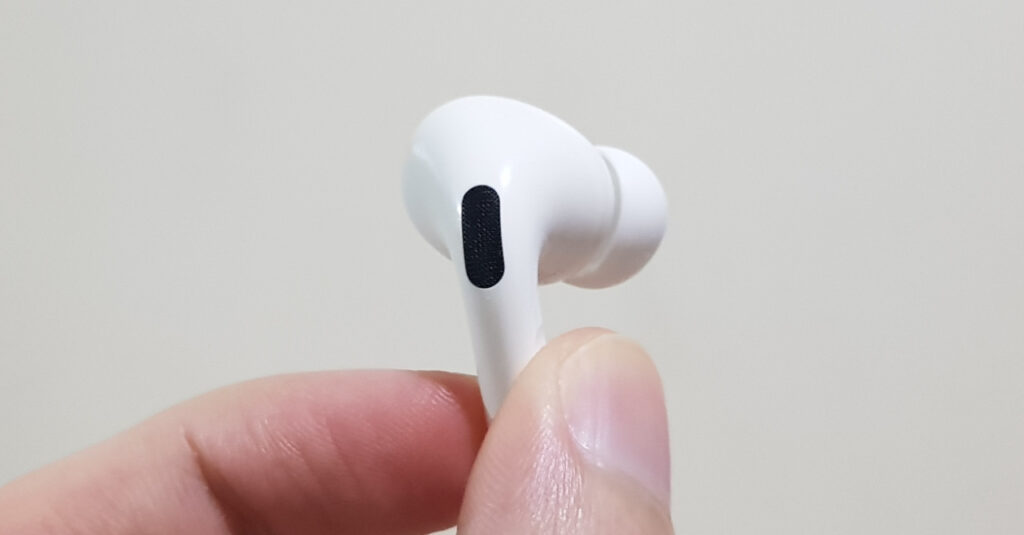 Now, let’s take a look at the AirPods Pro. As expected from an Apple device, the AirPods pro look and feel premium. They’re also comfortable to wear for extended periods as well if you choose the right ear tips (there are multiple ear tip options inside the box). Though in terms of design, I personally am not the biggest fan of the black details on the earbuds. Plus, the AirPods are only available in white; I would’ve wanted a black option. 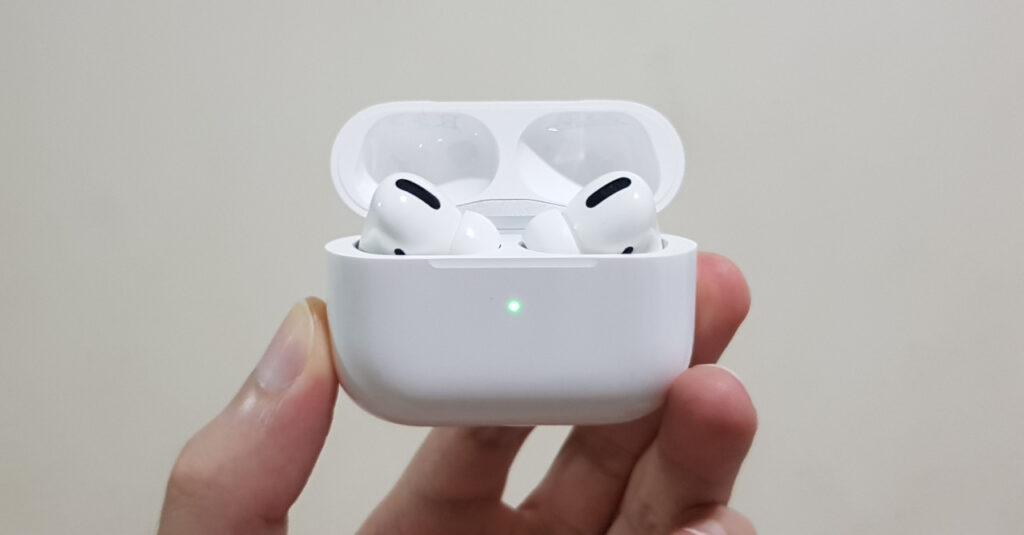 For its charging case, the AirPods Pro’s case is the slimmest of the three, meaning it is the most portable. Though I don’t like the fact that it uses a Lightning connector. While this makes sense for Apple users, this does dock points off of the AirPods for anyone not in the Apple ecosystem. 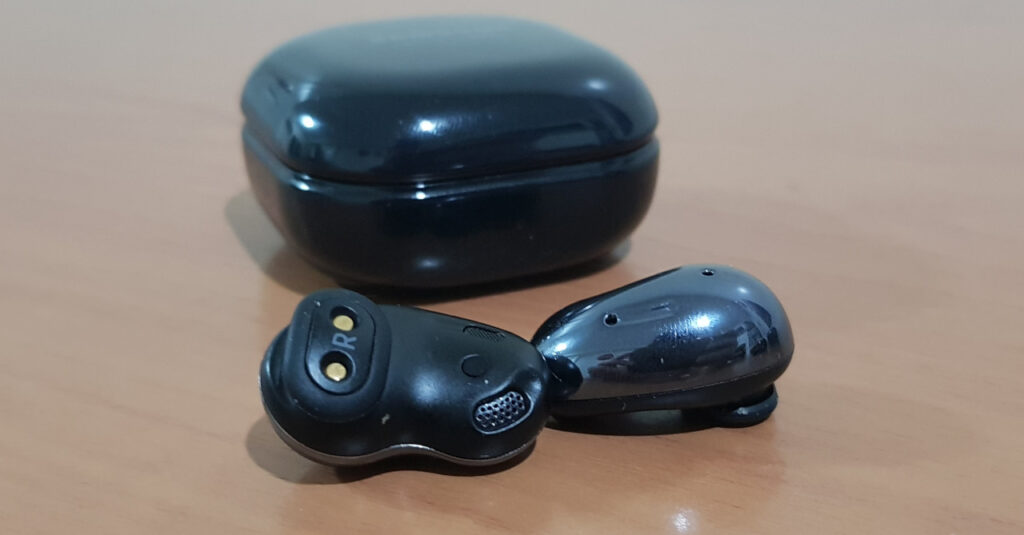 Finally, the Galaxy Buds Live also look nice if a bit unusual. Its design is definitely the most unique of the three, especially as it’s not a true in-ear pair of earbuds as they just sit on top of your ear canal. This makes them fairly comfortable to wear, especially for those who dislike in-ear buds. But the fact that there’s no way to modify the size means its fit might not be for everyone.

The case of the Galaxy Buds is the chunkiest of the three. But it at least uses a Type-C port.

In terms of comfort overall though, the FreeBuds 4i is our pick, followed closely by the AirPods Pro and the Galaxy Buds Live. While all three are comfortable to wear, we like the lightness of the FreeBuds 4i, coupled with its range of ear tip options for a better fit.

Now we move on to sound quality, the most important thing that a pair of headphones must excel in (at least for me). 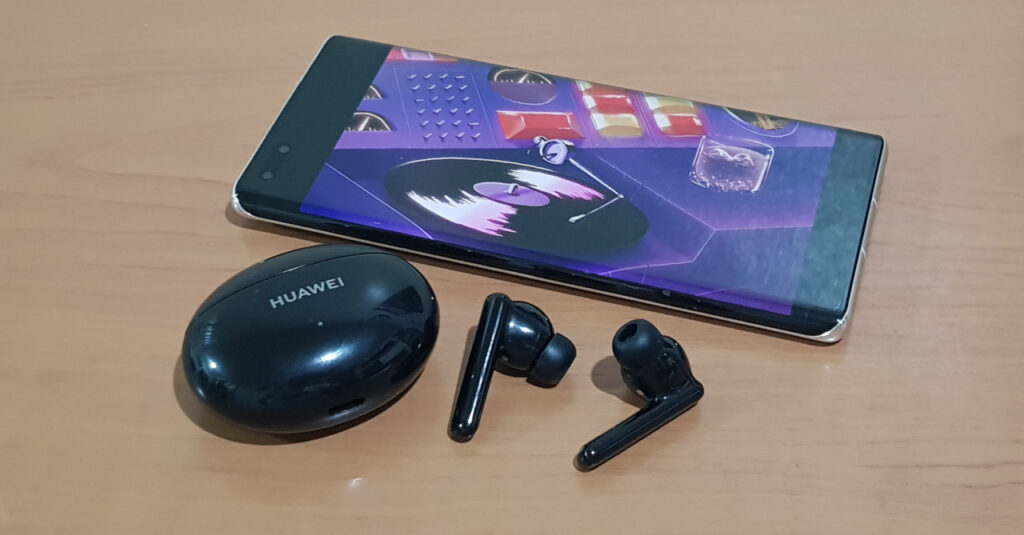 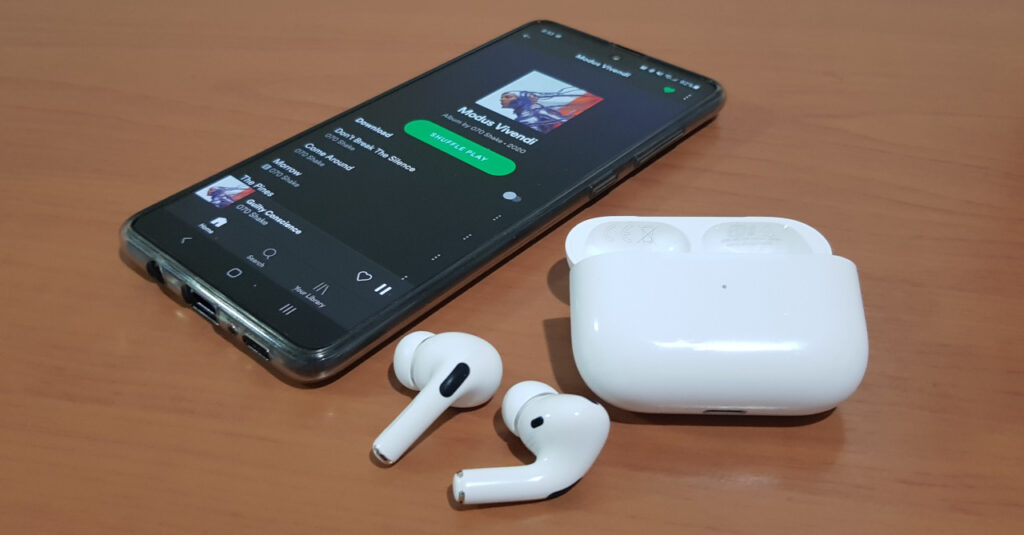 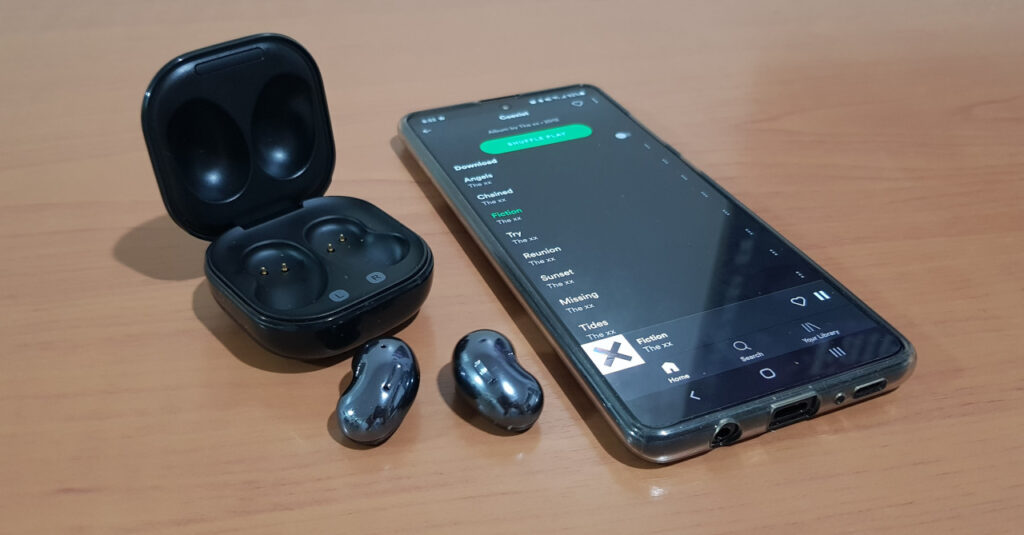 Finally, the Galaxy Buds Live. Of the three, the Samsung pair has the most bass-heavy sound, but not for the best. While bass lovers may enjoy this, I found that the bass output of the Buds Live tends to overpower the mids and highs, making for audio quality that lacks a bit of clarity. 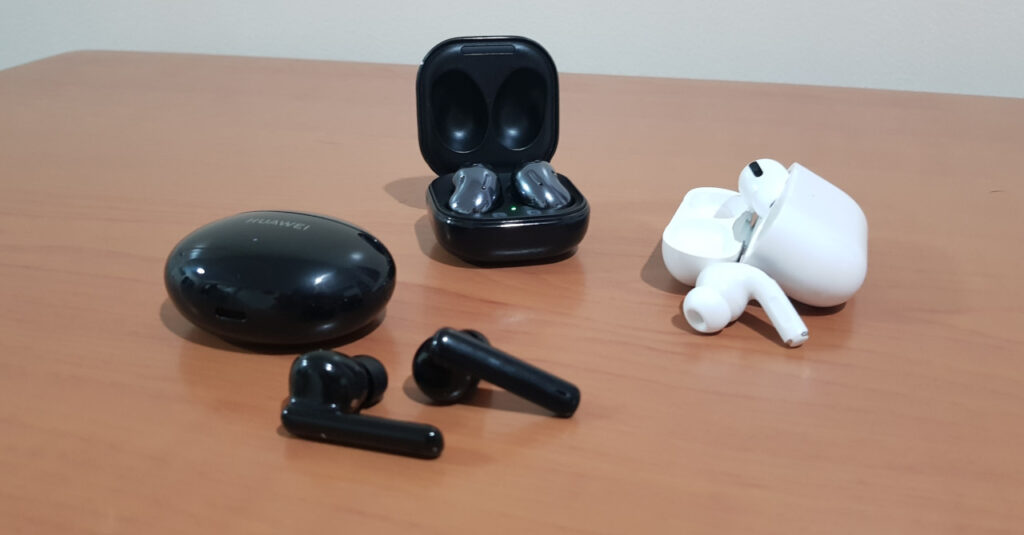 In terms of noise cancellation, all three have ANC, but they’re not equally effective in this regard. For one, the Huawei FreeBuds 4i has effective ANC that blocks out outside noise well, and it also has an Awareness Mode that enhances outside sounds for better environmental awareness (helpful when out and about). Plus, the FreeBuds 4i also has an off option, where there’s no ANC nor awareness enhancement. On top of these, the FreeBuds 4i also has Call Noise Reduction, making for clearer voice calls with much less background noise.

The AirPods Pro meanwhile also has good ANC and Awareness mode. Though the AirPods does not have an off option, so you’re stuck with either ANC or awareness; having an off option would’ve been much better, especially in some scenarios like being indoors at home when ANC is not needed. The AirPods also lessens noise in calls, making for good quality calls.

As for the Galaxy Buds Live, it does not have an awareness mode, but it has ANC. Though given that it does not have a conventional in-ear design, it gives no passive isolation. This means that you’ll still hear outside noise, even with ANC on. So, this is not ideal for users who want to hear only their music when out and about. Similar to the previous two, call quality on the Buds Live is also good. 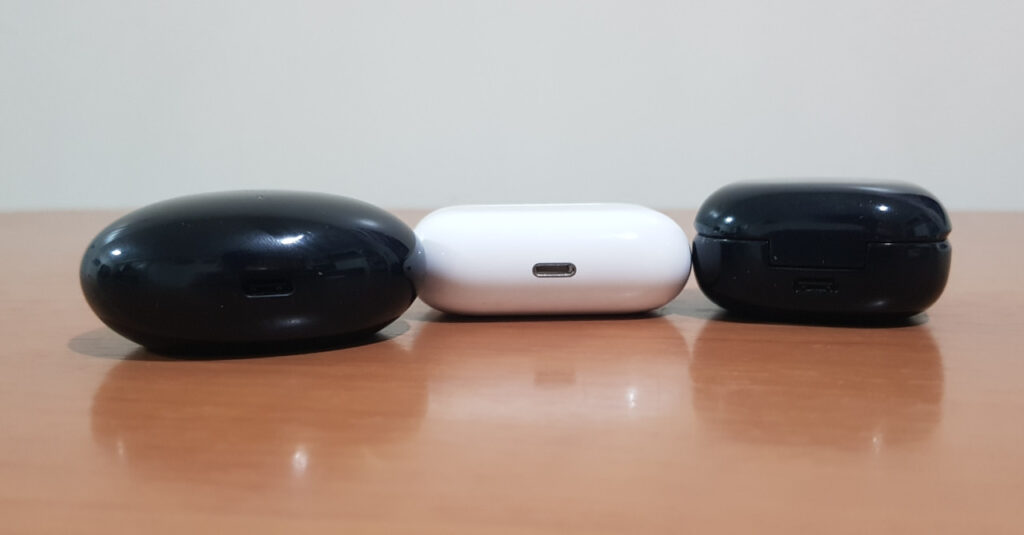 As for on-board controls, all three have touch controls to play/pause tracks, as well as to turn ANC on/off. In my use, the AirPods Pro had responsive controls, but the location of the touch controls is on the stem which took some time to get used to. The Galaxy Buds Live meanwhile, was a bit fiddly to control as I often accidentally press the controls while adjusting fit. Overall though, I found the FreeBuds 4i’s controls to be the most intuitive thanks to the sensitive touch sensor that’s responsive and placed well. Plus, even if it’s sensitive, the sensor did not accidentally activate whenever I adjusted the earbuds.

Before we end, let’s take a look at connectivity. The Huawei FreeBuds 4i is able to easily connect with both Android and iOS devices. During my time with it, I had no issues with the Bluetooth connection dropping. Plus, connecting the FreeBuds 4i is quick, easy, and hassle-free. 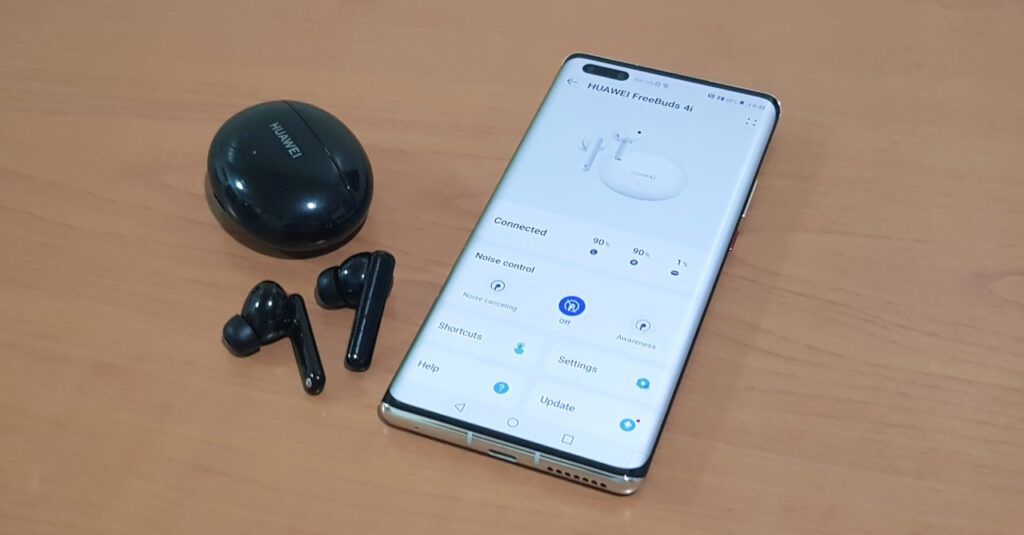 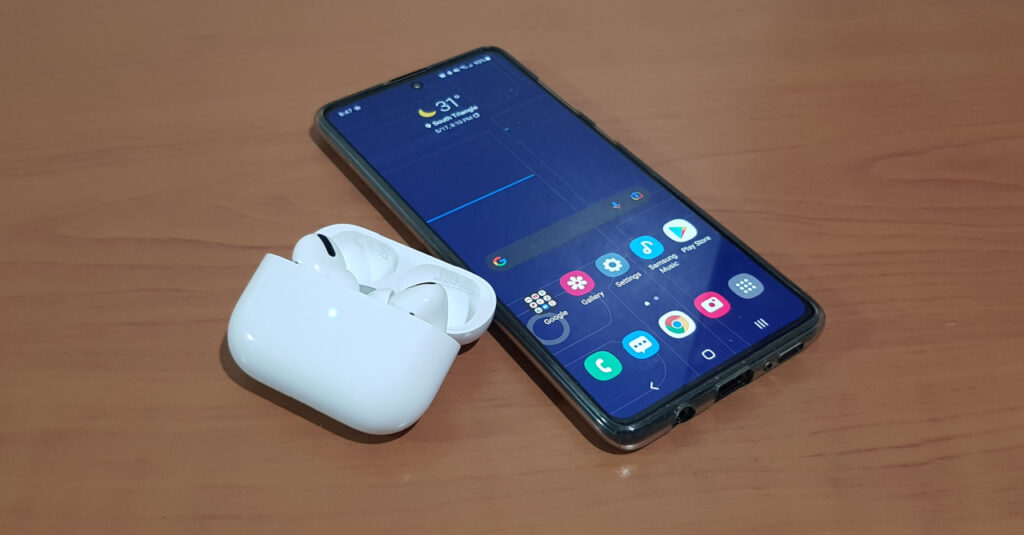 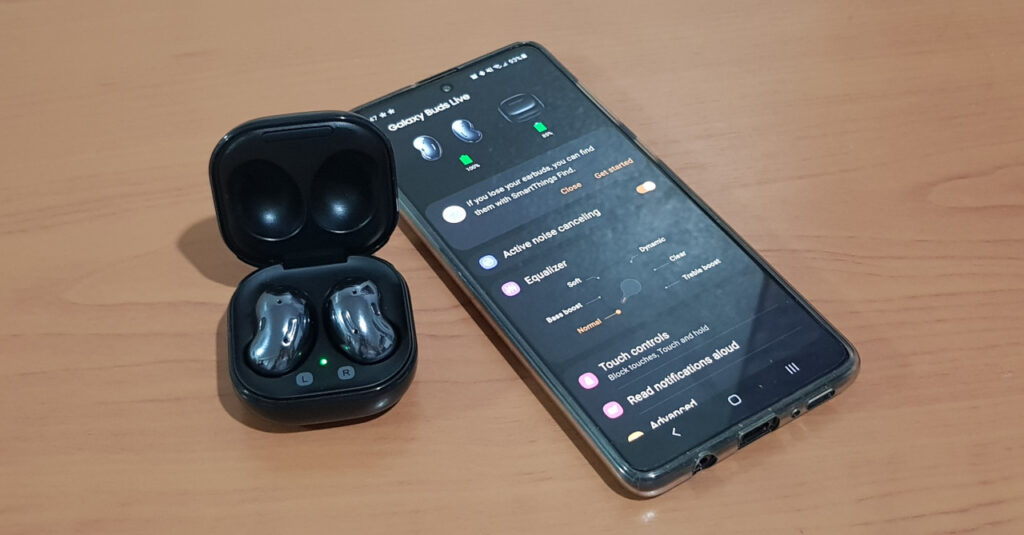 Finally, the Galaxy Buds Live is also compatible with iOS and Android. The earbuds also had no issues connecting, plus users can also use the Galaxy Buds app to control them better. 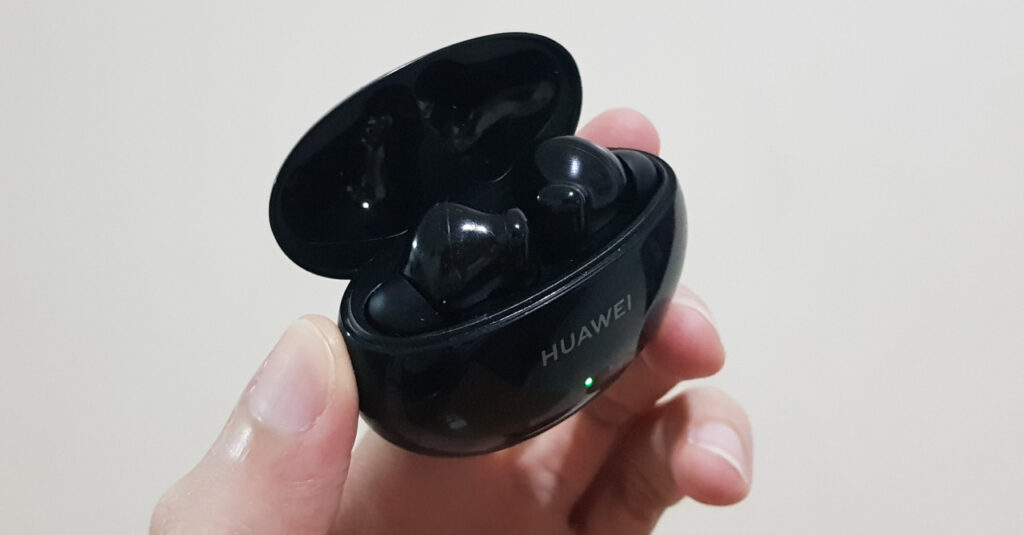 Comparing the three premium earbuds on their own, the Huawei FreeBuds 4i is the winner as it offers clear sound quality with a fun sound signature, excellent battery life, and an impressive design. The FreeBuds 4i also wins thanks in large part to being the best deal among the three. Priced at just PHP 3,599, the FreeBuds 4i is an incredible premium TWS deal, especially as it has effective ANC which is a bit of a rarity at its price. Plus, it’s also an excellent deal when you consider that the AirPods Pro and Galaxy Buds Live are priced at PHP 14,990 and PHP 7,990, respectively. Whether you’re an Android or an iOS user, the FreeBuds 4i is the clear top choice!

The FreeBuds 4i’s impressive features and bang-for-buck pricing makes this not only a gret pair of earphones, but also a top-notch showcase of Huawei’s AI Life Strategy, which aims to create a seamless tech experience for Filipino consumers, especially for Huawei device users.

Interested in getting a FreeBuds 4i? Get one now at: https://consumer.huawei.com/ph/community/list/?forumId=40314

- Advertisement -
Previous article
Enter The World Of Kislev in this new Total War: Warhammer 3 trailer
Next article
The Last of Us 2 gets an enhanced performance patch for PS5