Ragnarok X: Next Generation Preview | A New Era for Ragnarok

Ragnarok X: Next Generation marks the jump of the Ragnarok series into an open world! 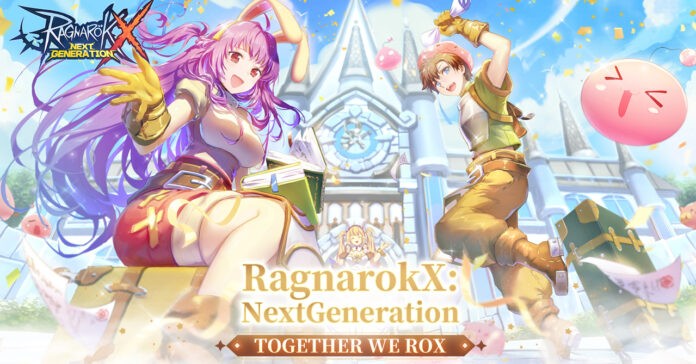 Ragnarok is ready to move to the next generation with the game’s latest iteration as Gravity Co., Ltd has teamed up with The Dream Network for Ragnarok X: Next Generation. This game sends us to a bigger Rune Midgard complete with everything we know and love about the classic Ragnarok Online. The game will have its Open Beta Test (OBT) starting this June 18, 2021 on Android and iOS, meaning Ragnarok fans won’t have to wait too long to try the game out! And if you’re interested, pre-registration is now open.

Ahead of the OBT though, we got to try the game out ahead of its release. And here is what we think of the game!

The Land of Memories 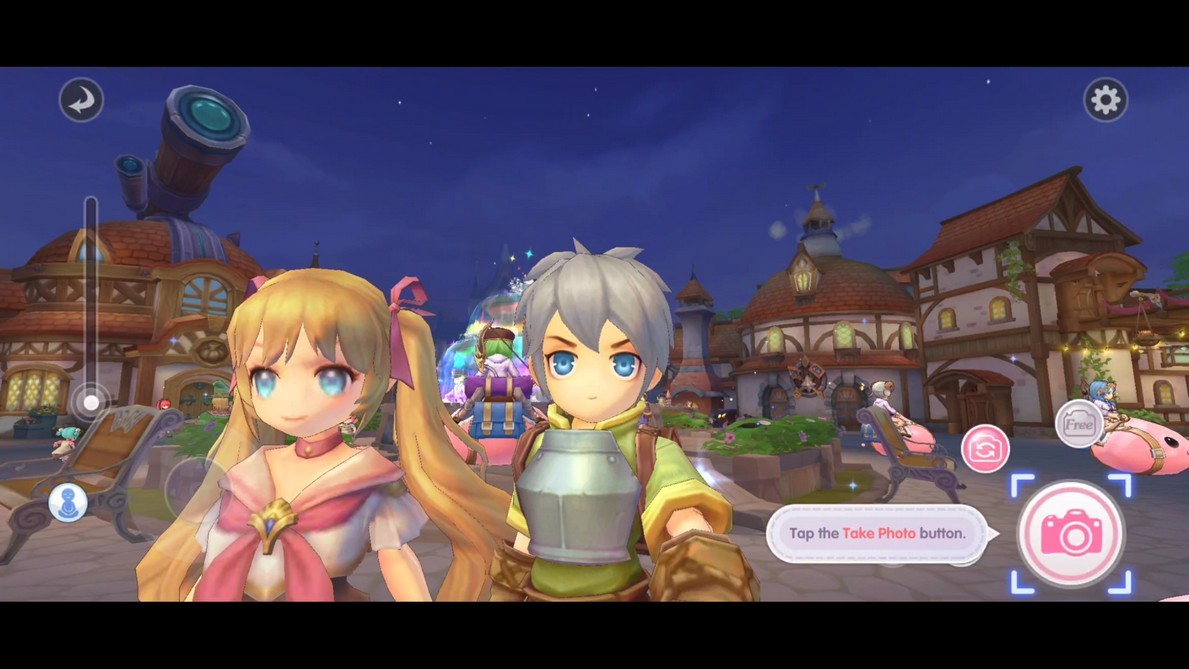 From Prontera, Izlude, Geffen, Morro, and Payon, all of the familiar places are back; and if you’re a returning veteran, you probably already have an idea where you’ll end up the first time after creating your character. That place is Prontera where all of the Novice class gathered, although this time Players are greeted by a new NPC named KiKi who directs us towards our first step on our adventure in this open-world full of surprises. 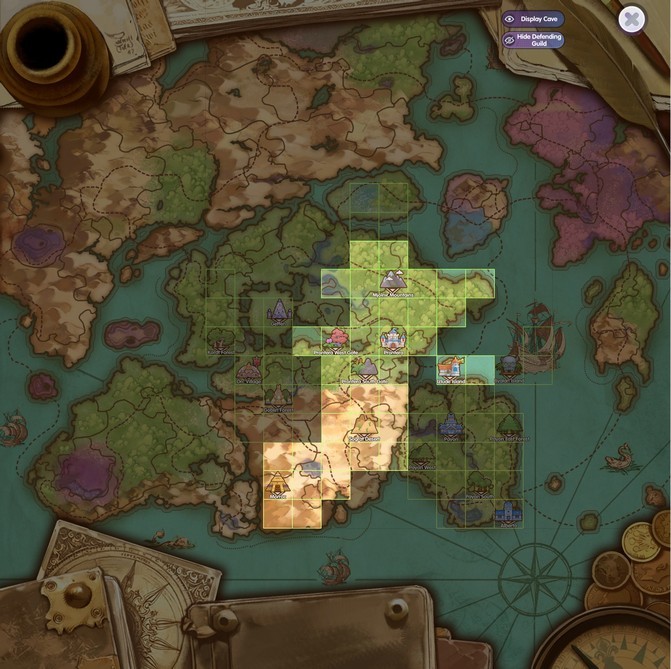 Yes, you heard that right, Ragnarok X: Next Generation is an open-world game where players are free to roam the land at their heart’s content, as they explore and discover new things that Rune Midgard has to offer, with NPCs like KiKi that are fully voiced which add more life to the world. Plus, the interactable environment where you can do various activities like Mining, Fishing, and Gardening adds a variety of activities for players to enjoy.

Exploration on foot can seem like a real pain given the open world, but thankfully, players are immediately rewarded with a mount that can help them traverse this vast land. Not only that, there is also a Weather System where various weather effects give different bonuses like Storm that enables a 5% increase in Crit Rate and Wind Damage, and based on my understanding, these bonuses affect the monsters so it’s recommended to bring an umbrella.

Not to mention, Ragnarok is a social game and I’m just so happy to see that Prontera is crowded again. And if you want an uninterrupted time with your friends, you can all head to the South Gate and enjoy the new Amusement Park. Here, you can ride the Carousel and create some memories together while taking pictures using the camera function.

Now with this rich world full of life, it is expected that the lore of the land is much deeper than ever, compelling the players to unveil the mysteries that surround this land and stop the forces of evil that threaten the world.

Tale of the Super Novice 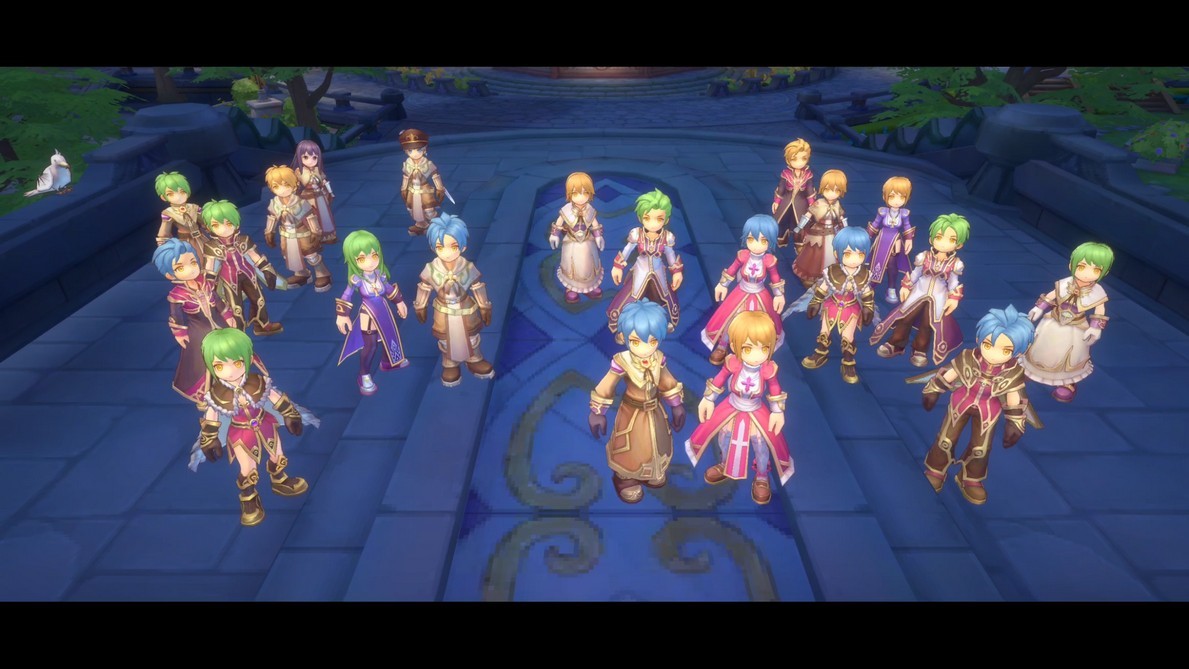 ROX has more emphasis on the game’s story, retelling the original’s plot through dynamic cutscenes which let us meet colorful NPCs throughout our journey. We, the players, are a descendent of Odin and we’re tasked to gather and combine the fragments of Ymir’s heart so it won’t fall into the wrong hands. The cutscenes are fully voiced with the familiar BGM of the classic game, rekindling the memories of the old in this new adventure. 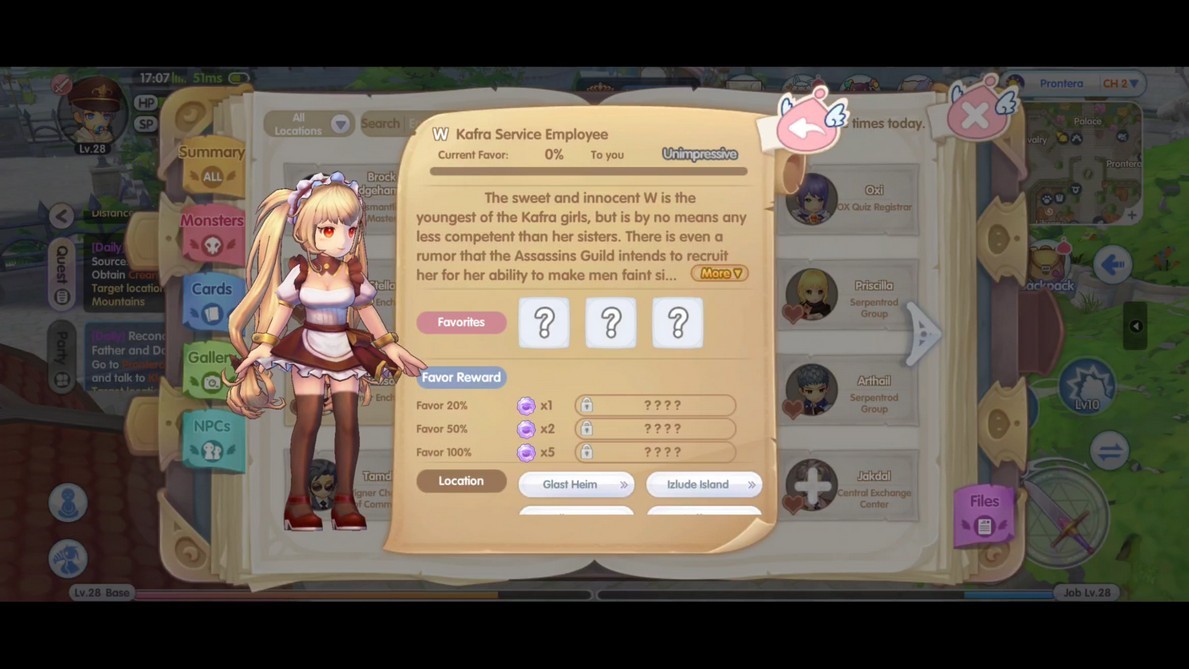 Since the world feels like a bigger place now, the game introduces us to a lot of denizens of this world. These NPCs can be befriended by gaining their favor through gifts and completing their questlines that reveal their stories and secrets. Every NPC that you meet is listed in your Academy handbook along with their favorite gifts, so if you’re smitten by the lovely Kafra maid “W”, make sure that you talk to her and add her to your Handbook and start her questline when it becomes available. But keep in mind, you need to pay attention to each dialogue because the delivery of these questlines as you might mix them up with your daily task, not being aware that it’s actually a character quest.

Talking about quests, both the Main and Side quests (including the dailies) follow a streamline of connecting events that players can automatically follow instead of running around in circles saving precious time. 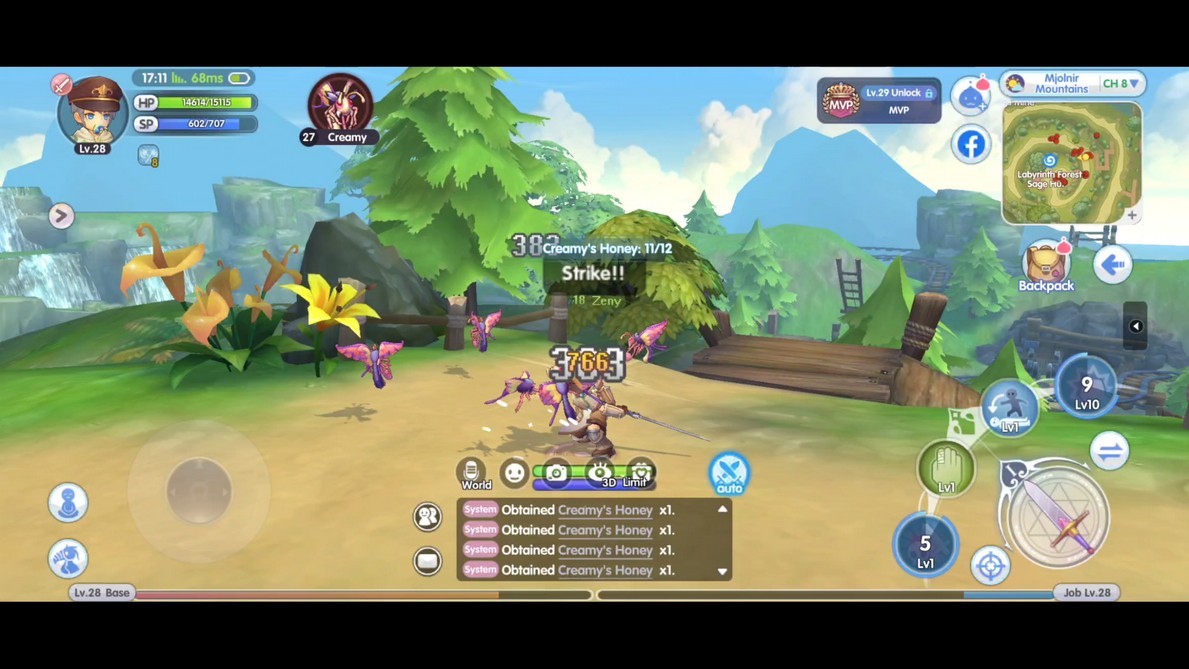 Since we’ve mentioned automatic pathfinding, we can jump right to the actual gameplay. A lot of MMORPGs in mobile devices employ the auto-battle system and so does ROX. In the game, players can lead their character to a field of monsters and let them fight every mob that spawns in the area. I was skeptical about this kind of gameplay at first, but now I’m really glad that a lot of mobile MMOs incorporate these mechanics and it’s a huge welcome in ROX; and it’s a huge plus since they’re trying to attract new players in the world of Ragnarok.

Enter the next generation

At its core, Ragnarok X: Next Generation sticks true to the original Ragnarok Online formula, although ROX has a more newbie-friendly UI that helps true novices understand and build their characters. If you have no idea how to build a character, you don’t have to worry anymore. The built-in stats/equipment recommendations in the character menu help new players to allocate stats/skill points and get the right equipment for their characters. With this system, the game is way more newbie-friendly compared to the last iteration making ROX welcoming for those who have not yet played Ragnarok before. 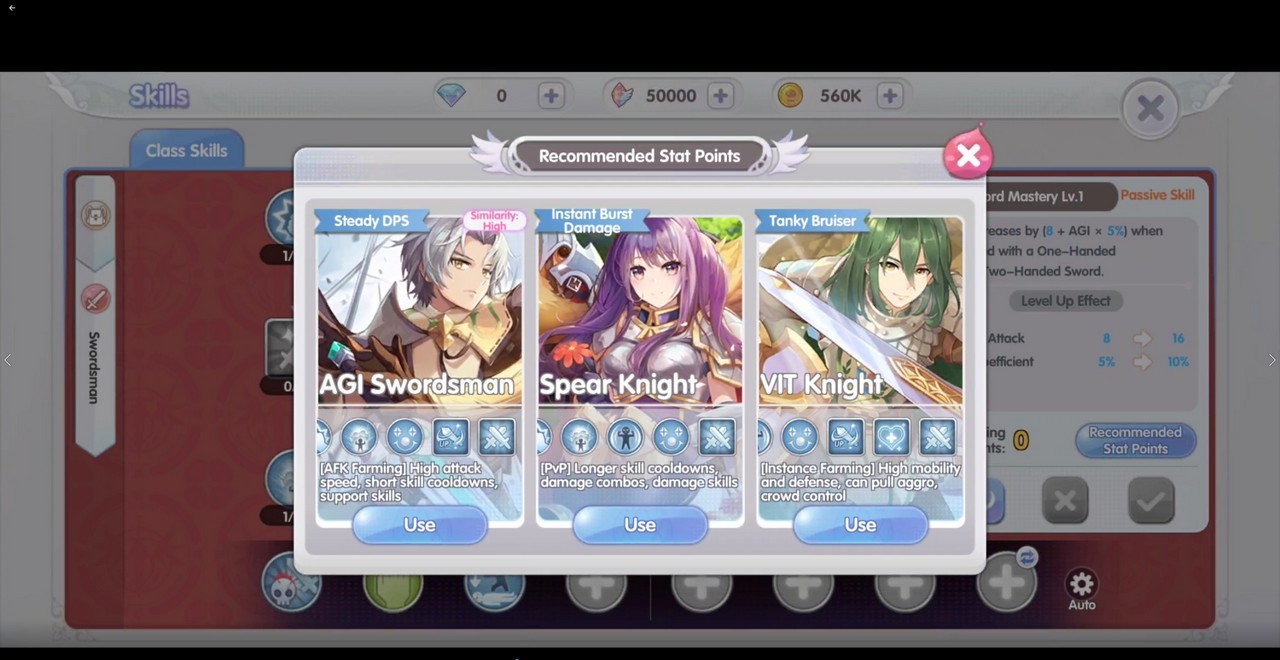 Before we forget, MVPs and PVPs are back with a new Monster Raid feature. Players can form a party during these boss raids and gather tons of materials and experience points. If a player is not happy with their loot, they can trade for an item from a party member so everyone wins at the end of each raid. 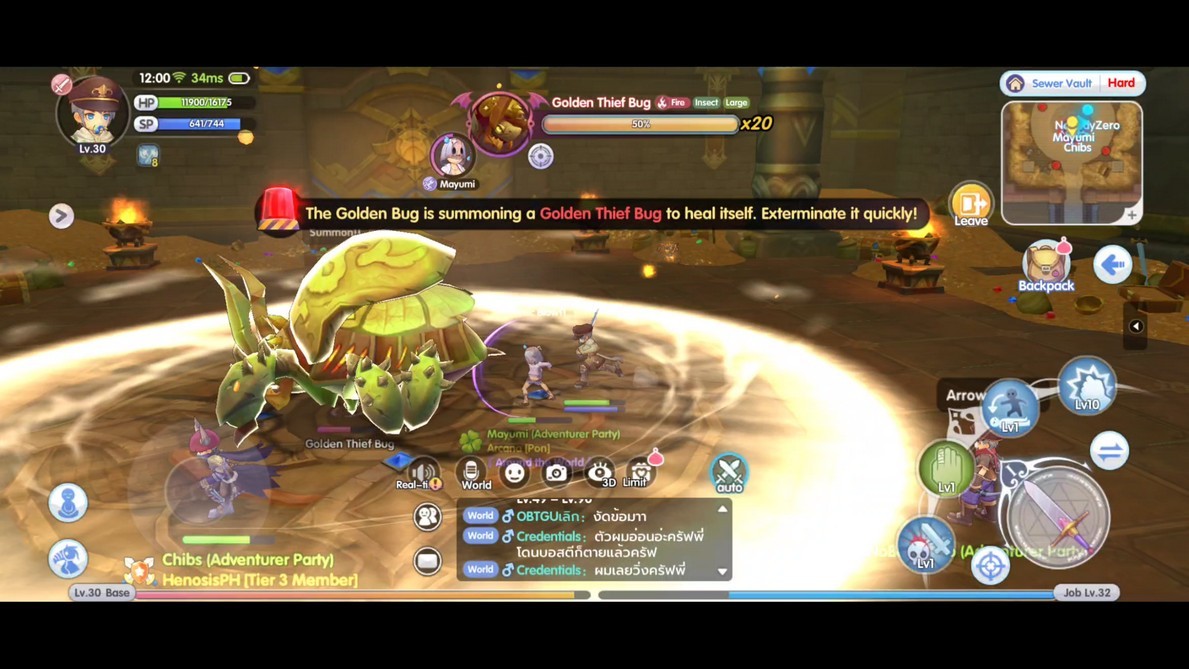 To wrap things up, I actually like this iteration of Ragnarok compared to Ragnarok M: Eternal Love. Particularly thanks to its newbie-friendly system that helps those who never had the chance to play the original. The open-world aspect of the game is also quite interesting. But the part that I appreciate the most is the emphasis on the game’s story; admit it this part of the original game was the most neglected part by those who’ve played it before. So, for casual MMO players who are looking for a game with a straight forward storyline, or for long-time Ragnarok fans, Ragnarok X: Next Generation is a must-try!

Interested in trying out Ragnarok X: Next Generation? Pre-register for the game now via the following links:

For more info on Ragnarok X: Next Generation, visit the game’s official pages at: