A new mid-ranger that's worth a look. 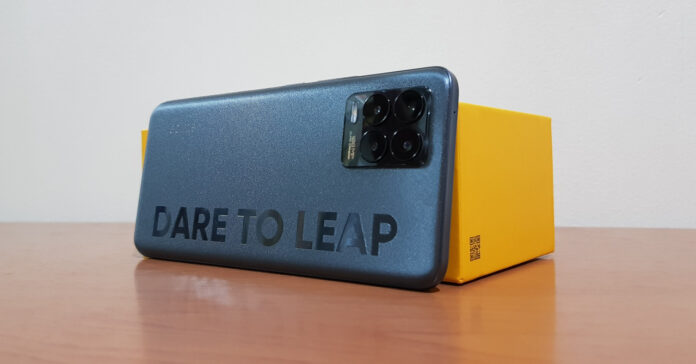 Last week, we got our hands on the new realme 8 Pro, and in our first impressions, we found that the phone got some key improvements in some areas over its predecessor. For one, the 8 Pro is realme’s first phone in the Philippines with a 108MP main camera; for reference, last year’s 7 Pro had a 64MP main shooter. Aside from this the 8 Pro also comes with updated software, as well as a more premium in-display fingerprint scanner. 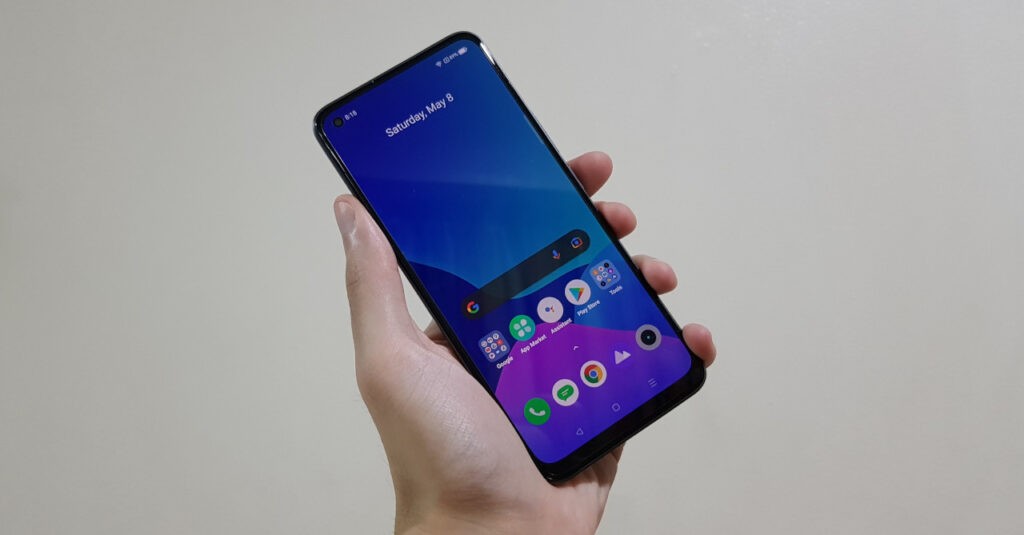 While the 8 Pro has some key improvements, there are some areas that did not get much in the way of upgrades. Not only does the 8 Pro pack the same Snapdragon 720G as its predecessor, its display also lacks a high refresh rate.

Given that the 8 Pro is not exactly an upgrade across the board, the question is – is this new realme mid-ranger worth it? Find out here in our relame 8 Pro review! 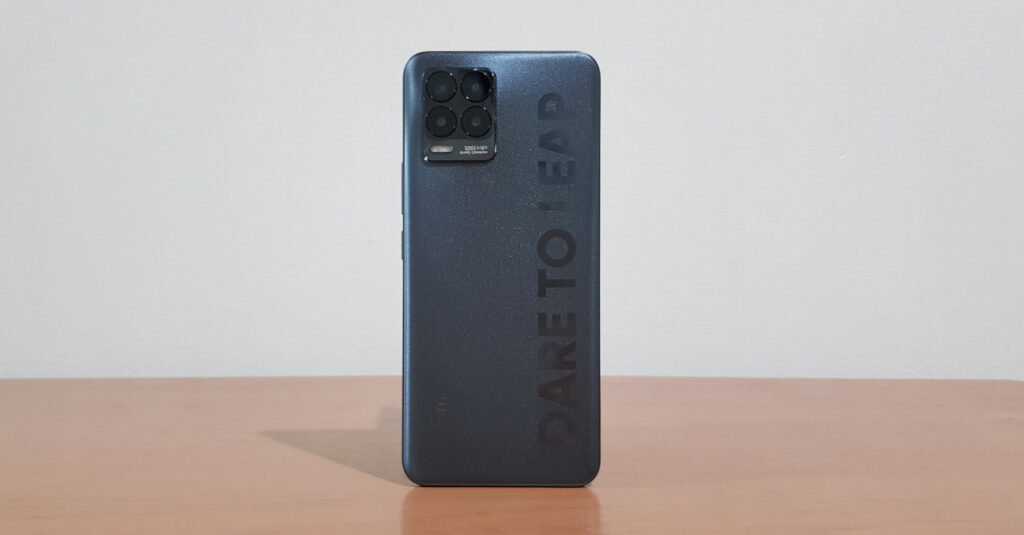 Previous realme smartphones featured glossy backs with a shiny finish, but recently, realme has shifted to different finishes for its newer phones. The 8 Pro is no exception as the phone comes with a unique textured finish. Aside from this change in finish, the 8 Pro also comes with a redesigned camera module that’s slightly more iPhone-like. 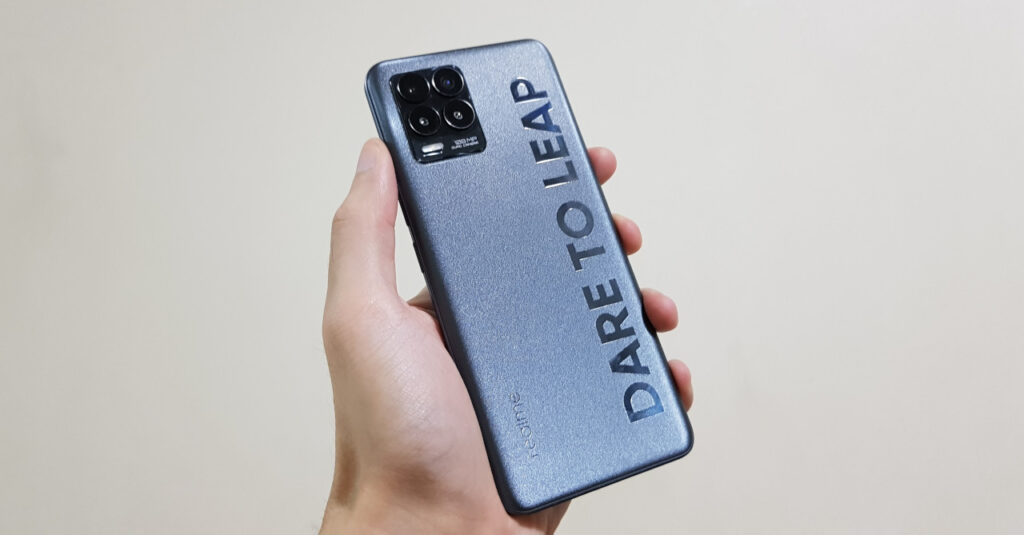 While it’s not glossy, don’t mistake the 8 Pro for a subtly-designed smartphone. The realme 8 Pro is still quite eye-catching thanks in large part to the huge “DARE TO LEAP” logo on the back (which is realme’s current tagline). Personally, I’m not the biggest fan of this look; I would’ve rather realme removed the “DARE TO LEAP” on the back for a more sleek look. But some users who prefer a more loud design might like this design choice. 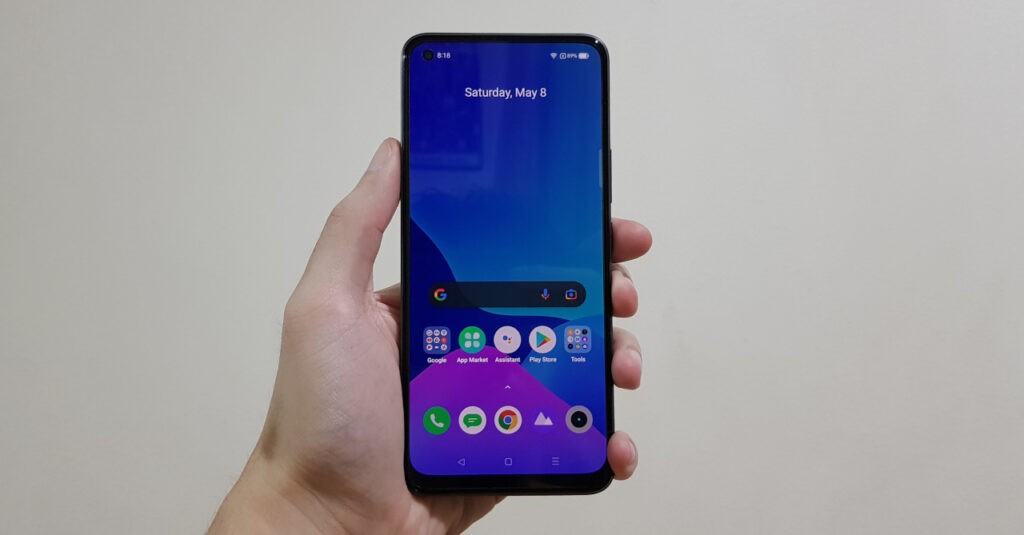 Moving to the front, we have the 8 Pro’s 6.4-inch display which comes with slim bezels and a holepunch notch on the top left. As we often mention, this is our preferred notch placement as having the notch in the top-middle can be a bit distracting. If I were to nitpick though, I would’ve liked a smaller chin so that the phone has a more symmetrical look. Still, this is far from a deal-breaker as the 8 Pro still looks nice overall from the front. 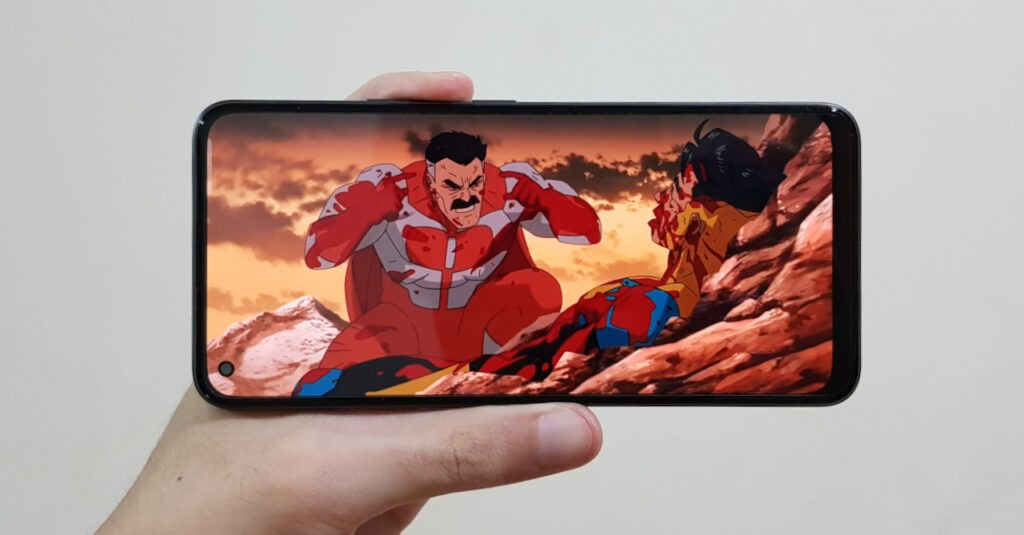 Speaking of the display, the 8 Pro packs a 6.4-inch AMOLED display with a FHD+ (1080p) resolution and a 60Hz refresh rate. As expected, phone’s AMOLED screen means it is able to output vibrant colors and deep blacks; this makes the realme 8 Pro a great partner for you binge-watching needs. Whether you love watching live-action or animated movies/shows, the 8 Pro will provide a great viewing experience that should satisfy most users.

For audio, the 8 Pro comes with a single bottom-firing on-board speaker. While the audio quality from this speaker is loud and clear, the fact that there’s only one means you won’t get stereo sound. Because of this, headphones or speakers are highly recommended for binge-watching. So it’s a good thing that phone still has a 3.5mm headphone jack, meaning you can connect both wired and wireless headphones/speakers.

Our realme 8 Pro review unit is powered by a Snapdragon 720G that’s paired with 8GB of RAM. Again, this is the same processor as last year’s 7 Pro (and even the realme 6 Pro), though thankfully, it still holds up for most of today’s popular games.

For example, Mobile Legends: Bang Bang runs smoothly on the 8 Pro on the High graphics settings. Given that MLBB isn’t exactly the most demanding game, this means the 8 Pro should have more than enough power to run less hardware-intensive titles with ease. 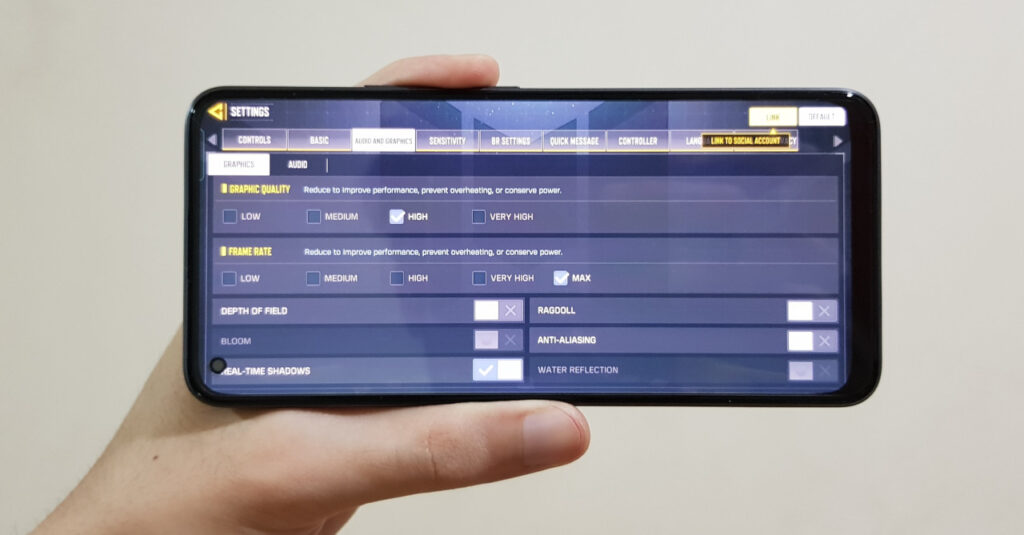 For more demanding games such as Call of Duty Mobile, the realme 8 Pro still has enough power. Specifically in CoD Mobile, the phone is able to run the game at the High graphics setting smoothly. With this, fans of shooter games will not be disappointed with the 8 Pro’s performance.

Of course, the Snapdragon 720G is not a flagship-level processor, meaning the phone won’t max out the most demanding games such as Genshin Impact. Still, gaming performance is good overall for its price point.

Meanwhile, here are some synthetic benchmark scores of the realme 8 Pro:

in the imaging department, the realme 8 Pro comes packed with a 108MP F/1.9 main + 8MP ultra-wide + 2MP portrait + 2MP macro quad-rear camera setup, along with a 16MP F/2.1 front camera. For the most part, this is a similar camera setup as the realme 7 Pro, but with a major upgrade for the main camera.

Before we tackle image quality, I want to highlight the 8 Pro’s camera app. Specifically, the 8 Pro’s Night Mode has a pro option, meaning you can tweak ISO, white balance, shutter speed, and focus within Night Mode. This is a great feature as it means you can tailor your low light shots better if you know how tweak your camera settings.

Now let’s take a look at image quality. For outdoor daytime shots, the 8 Pro’s 108MP is excellent, as photos taken in the said lighting condition are detailed and have vibrant colors. For indoor photography, the 8 Pro’s main camera also produces quality images.

At night, using the auto mode results in dim photos which lack some detail. But with Night Mode, low light shots are much improved. You can even further improve low light shots with the Pro Night Mode explained above.

The ultra-wide camera also works well, though it’s not the best for low light photography. Still though, low light shots taken with Night Mode does have nice colors, even if there can be a lack of detail.

For its macro camera, the 8 Pro is just decent as the 2MP macro shooter needs a lot of light to capture quality photos. This means macro shots taken indoors aren’t the sharpest.

Finally, the 8 Pro does not disappoint for self shots, whether it is selfies using the front camera, or portraits thanks to its dedicated depth sensor.

The Snapdragon 720G may not be the newest processor out there, but it still holds up quite well for everyday use. During our time with the 8 Pro, the phone did not slow down or freeze at all. This means it’s a reliable daily driver in terms of performance.

Aside from good performance, there are other nice features that make it a great daily driver, including a responsive fingerprint scanner and the inclusion of a headphone jack. Plus, the phone runs on Android 11 with realmeUI, meaning it’s not a phone that’s behind in terms of updates.

As for battery life, the realme 8 Pro in our review test was able to last for well over a day on a single charge thanks to its 4500mAh battery. While not the longest-lasting mid-range device, it should satisfy most users who don’t want a phone that needs to constantly be topped up. If you do need to charge, the phone packs a 50W fast charger inside the box. 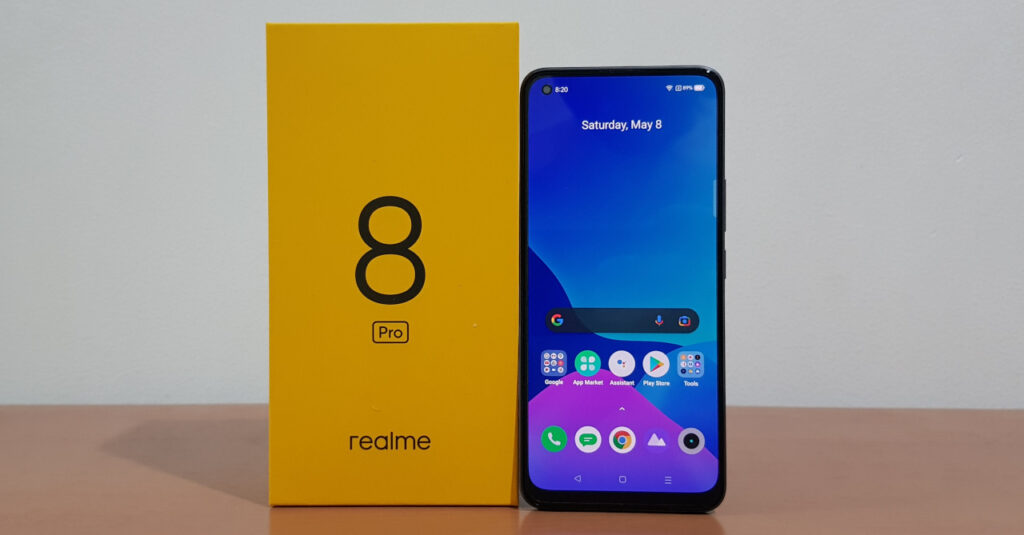 With its improved main camera, reliable day-to-day/gaming performance, and quality display, we found realme 8 Pro review that the phone is a solid overall smartphone package that should satisfy most users. But is it worth the PHP 16,990 price tag? On its own, yes, it’s fair to say that it’s worth the price. Though of course, the mid-range smartphone segment is an incredibly competitive one. So it’s a good thing that the 8 Pro can be had with a discount when you buy it early.