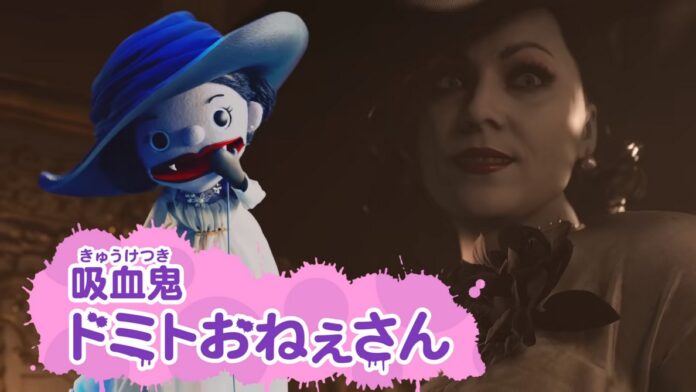 Resident Evil Village’s Tall Vampire Lady, Lady Dimitrescu, captivated the attention of gamers since her initial reveal. Lady Dimitrescu was then made into an immediate internet icon, spawning countless memes and some questionable fan art, turning her into one of the biggest selling points of the upcoming game. So, earlier today, Capcom released a three-minute video featuring the said Lady Dimitrescu and her friends, turning them into adorable puppets.

This bizarre promotional video titled Let’s Play together in Bio Village is Capcom’s attempt to convince consumers that the upcoming RE: Village is “not scary at all”, as the previous instalments were deemed “too scary” for the average consumer based on the response from a survey that they had conducted. 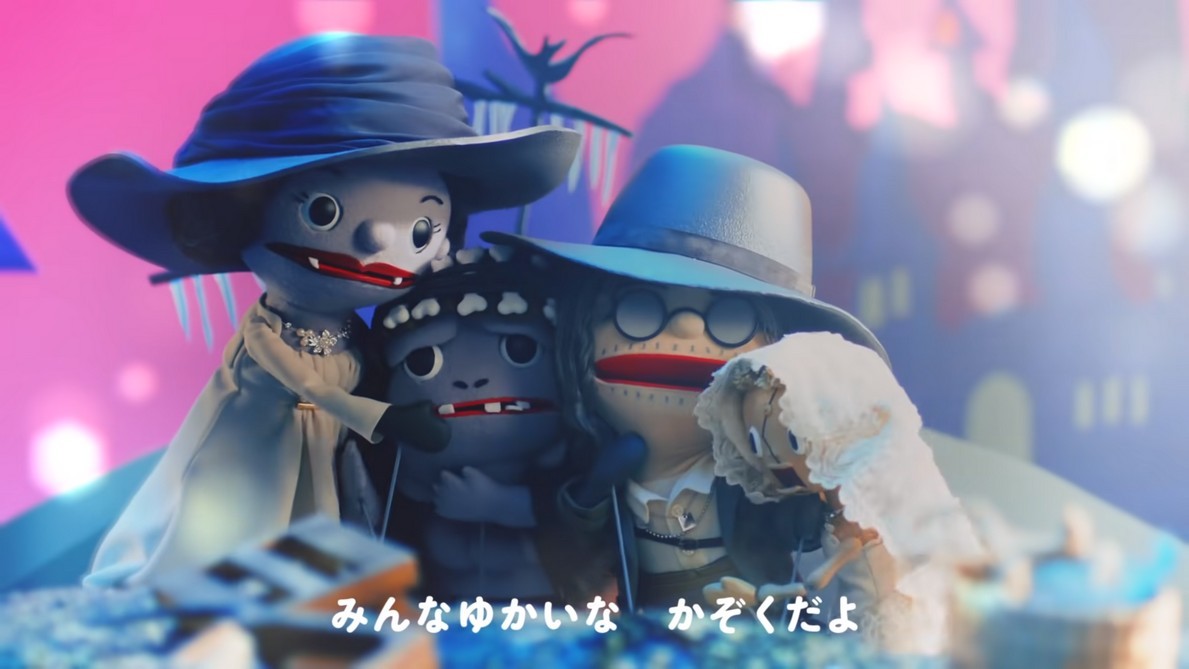 Again, the video stars Lady Dimitrescu who is referred to as Domito-Onee-san,   Moreau-kun (Salvatore Moreau), Heisen-san (Karl Heisenberg), and Angie, as they sing a short song convincing the people to come over to their Village saying that they’re not scary at all. Unfortunately, the Japanese video has no English subtitles to help international fans to understand what’s happening. But based on the context, Domito-Onee-san tried to teach her friends how to paint a picture using a suspicious-looking “red pigment”. Though as expected, things got a little out of hand when an accident occurs during the painting session. 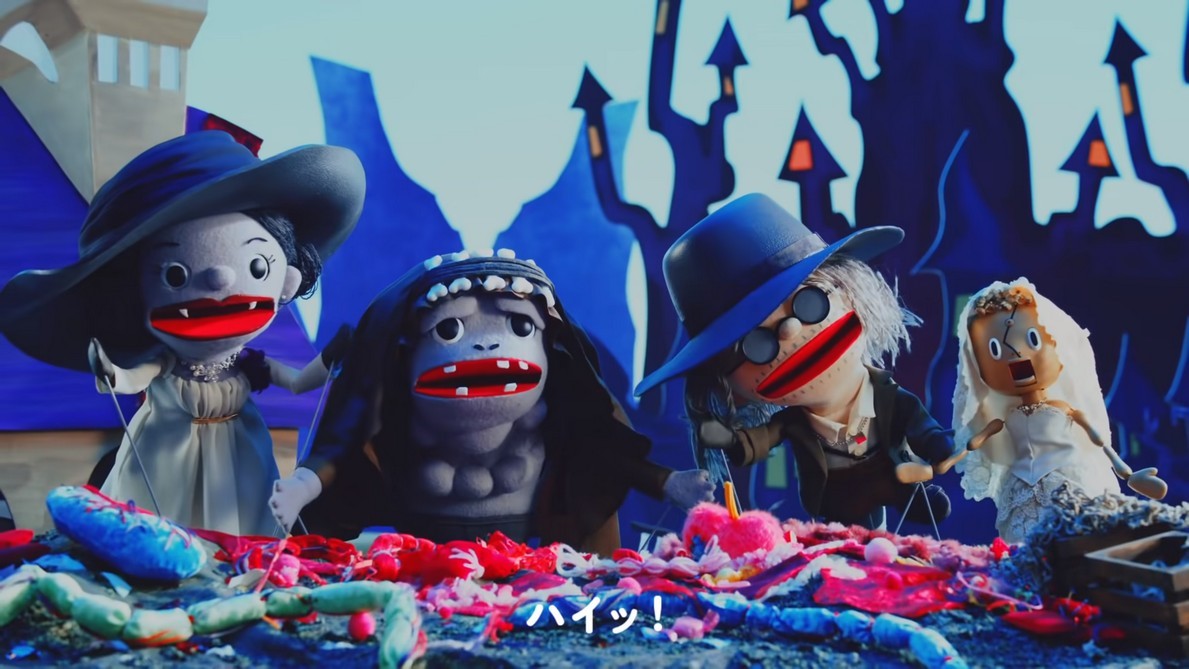 Fans of Domito-Onee-san can’t deny that even in puppet form, she still exudes that Ara-Ara aura, especially since she is voiced by seiyuu Kikuko Inoue, who voiced Belldandy from Aa! Megami-sama! (Ah! My Goddess) along with other gentle-voiced characters.

The video did manage to give that friendly vibe by using puppets despite its content, but I highly doubt that it can convince others that RE: Village is not a horror game.

But you can decide for yourself if Resident Evil Village is not scary at all when it launches on May 7, 2021, for the PC, PS4, PS5, Xbox One, and Xbox Series X/S.