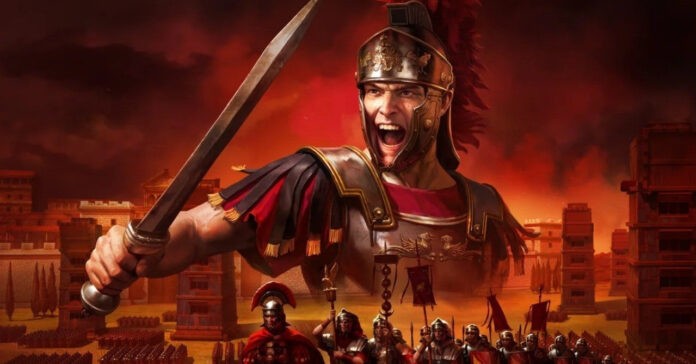 Total War: Rome was a game ahead of its time when it first released back in 2004, and that was almost 17 years ago. Now, the game has received a facelift in visuals in Total War: Rome Remastered, and it keeps most of the original’s gameplay intact. However, even with the updated looks, the gameplay definitely shows its age. 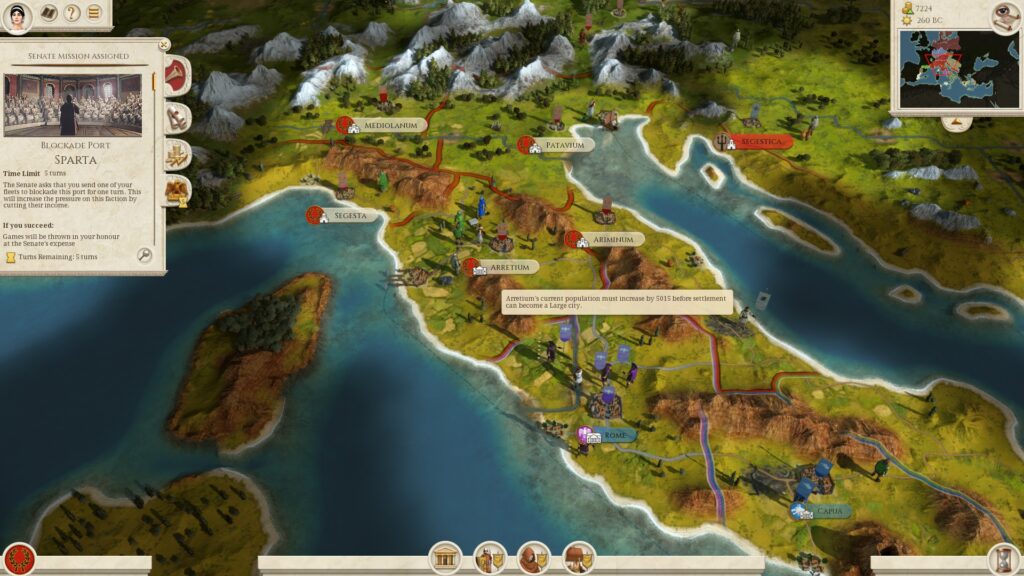 A typical session begins with you in the overworld map. This is where you will manage the development and growth of your cities and armies. Then, when a conflict between your army and another occurs, you shift into the tactical map. This is where you have more control of your army’s units and command them in battle in pursuit of victory. Once that is done, you end your turn and then each faction goes through the same process. This cycle repeats turn by turn till one faction conquers all others. Once you get into a stride, you can’t help but get into that loop and say “one more turn”.

The War in Total War 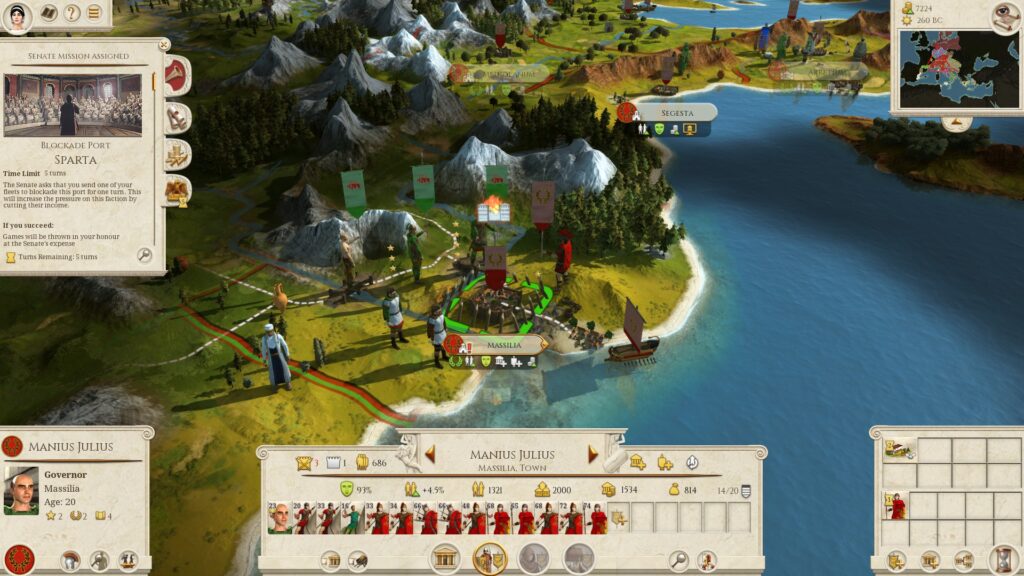 Your cities grow based on a number of factors but key detail to look out for is the cities state of Public Order. This is basically happiness level of the city. A happier city means more population growth that leads to a larger city which allows advancements in technology. You also have construction options that can further improve the growth rate of the city or for building new units for your army. 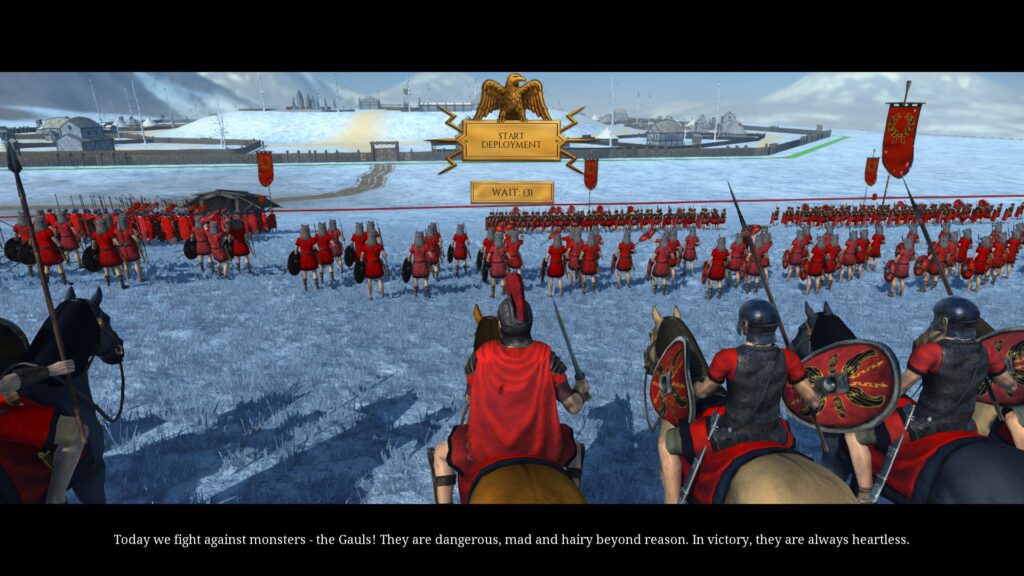 Once you’re confident in your army’s combat power, you begin your quest for world domination by attacking other cities. If the city is fortified, you have to prepare a turn or few with siege weapons. Once preparations are ready you can begin the battle. As you move to the tactical map, you are greeted by the warcry of your general. You plan your deployment and begin. It is impressive on the number of units that can be deployed on the battlefield. There are times it feels like your in a movie with 2 armies numbering in the thousands are about to face off in a mighty clash of power and wits. 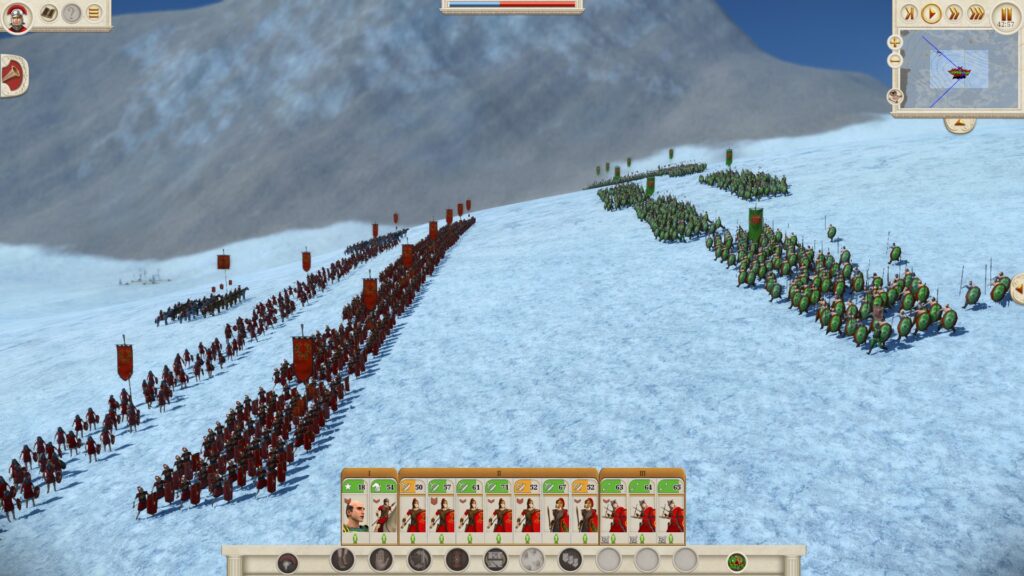 It is important to bring different kinds of units in your army as they have their own strengths and weaknesses. As your armies clash, it is important to keep an eye out for unit morale. Once a unit looses morale, they will routed and start to flee the battle. Victory is achieved if your able to capture the city’s flag point or by completely routing the enemy army. 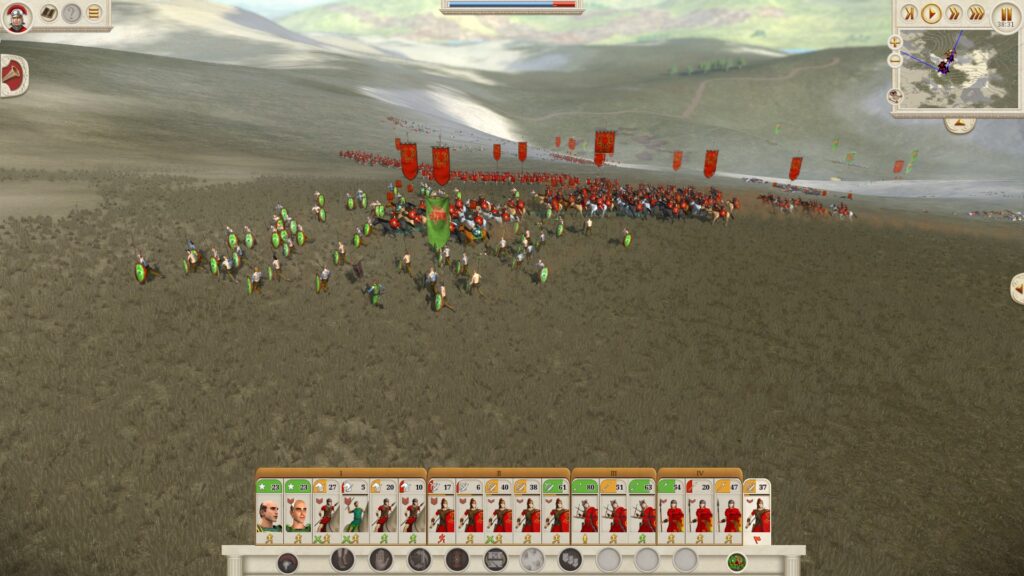 In terms of gameplay not much has been changed, which is a pity. They have made improvements to the user interface. Text in the UI is easier to read and provides more information than before. Though there are still times where-in I feel, I don’t know what this new unit/construction will do. 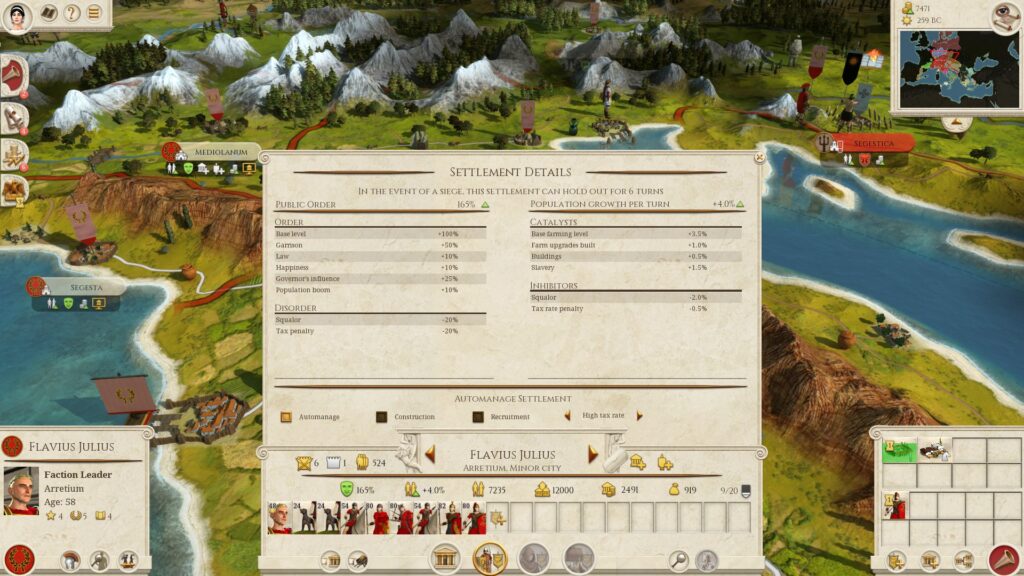 The graphical improvements are mixed. The army units do look better but its not up to par with the fidelity of some of the more recent games in the series. The overworld map does have more intricate details but hardly diverges from what you can see in the original. Lastly, the tactical battle maps have very generic textures. However, as you attack larger cities, the fortifications and city buildings can look rather impressive.

I feel that aside from the graphical improvements, the developers could have done some things with gameplay. Army movement can feel unresponsive. Sometimes the unit pathing will run straight into an enemy when you are trying to prepare a flank. Sometimes this can result to missed opportunities in tactics. An example was when an enemy cavalry unit was charging, my front line moved up instead of retreating behind the defense line of spearmen.

Even units on the overworld map can feel like they take too long when they interact with something. The animation can’t be skipped either, and after seeing it for the Nth time, it starts to be annoying. 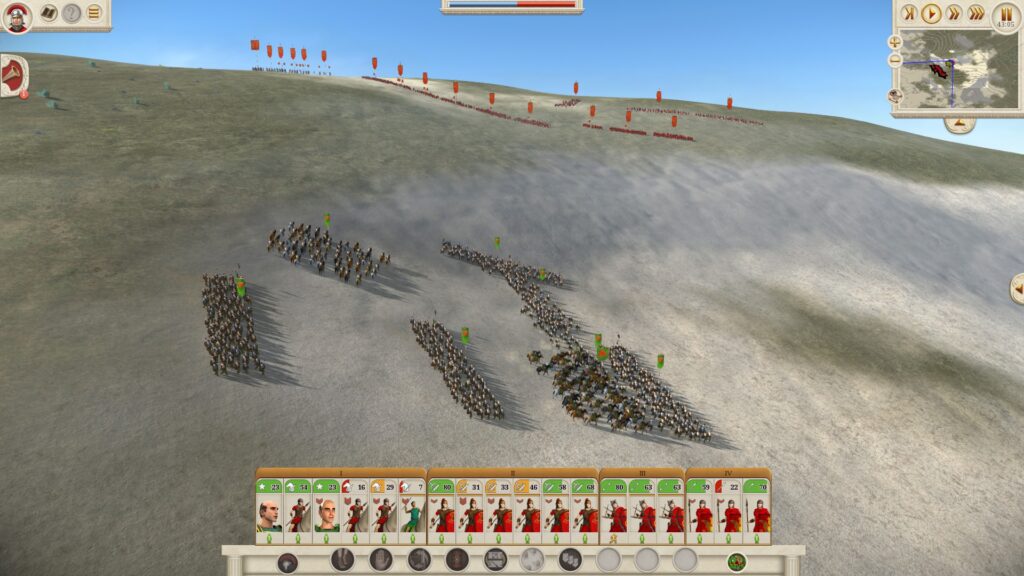 Enemy AI also could have been something that could have been improved. They are usually very passive and sometimes just keep shuffling their army units back and forth. There are times when they begin to lay siege to one of your cities. Only for them just to leave 1 turn later.