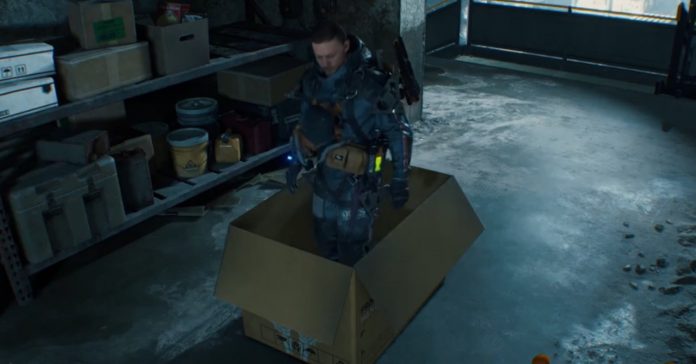 At Summer Game Fest Kickoff Live, Hideo Kojima announced the Death Stranding Director’s Cut for the PS5. This updated version of Death Stranding was revealed via an interesting announce trailer that showed off a new location in the game; possibly a warehouse inside either a major city or outpost.

In case you haven’t yet, check out the announce trailer here:

Aside from the trailer, Hideo Kojima himself also had a quick chat with Geoff Keighley, though Kojima didn’t reveal much else about the game.

Based on the trailer, there is likely to be additional content in the game, as well as new locations and features. In fact, the trailer even shows off the Death Stranding protagonist, Sam Porter Bridges, climbing in and out of a cardboard box! Though we’ll have to wait for its official reveal before we can confirm anything.

While we don’t have much info aside from what we saw in the trailer, it’s also likely that the the Director’s Cut will have various improvements such as enhanced resolution and 60FPS gameplay. Essentially, we expect the Director’s Cut to be similar to Final Fantasy VII Remake Intergrade. Given this, we hope that owners of Death Stranding can get an upgrade to the Director’s Cut, or at least get access to a PS5 version of the game.

More info on Death Stranding Director’s Cut will be revealed soon in a full reveal.