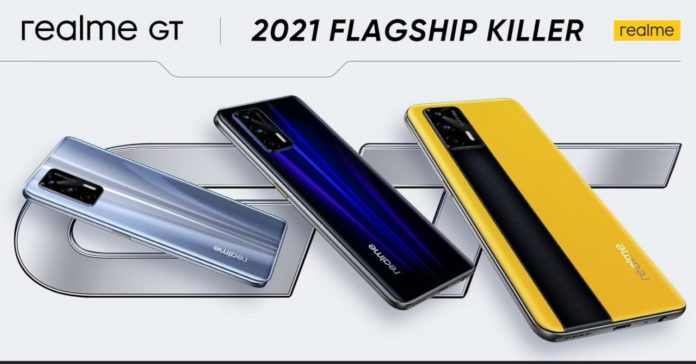 realme recently revealed the new realme GT 5G globally, and this phone is unlike the brand’s recent releases. While realme has released a wide range of bang-for-buck smartphones that are squarely in the mid-range price segment, the GT is the brand’s first “flagship killer.” This means the realme GT packs true flagship-level features, but with a more affordable price tag.

The realme GT is powered by a Snapdragon 888 5G processor, meaning it should pack plenty of power, as well as 5G connectivity. The phone also has a 120Hz AMOLED display, as well as a 64MP main camera headlining the triple shooter setup. What makes the realme GT even better than other flagship available now is that it still has a 3.5mm headphone jack!

“We wanted to create a device that could offer the high-quality experience of a flagship product but at a fraction of the price of most flagship smartphones on the market. I am incredibly proud to launch the realme GT globally,” said Sky Li, CEO of realme.

Currently, there is no word yet on when the realme GT 5G will be launched in the Philippines. But realme has confirmed that  but realme promises that there are 5G products coming in locally very soon. So we’re expecting to see the GT in the PH in the coming months.