The upcoming series will be set in France during the French Revolution. 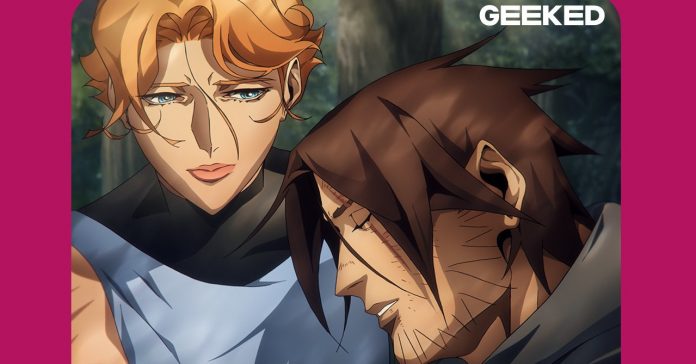 While the Castlevania series by Netflix has ended with its fourth season, it was revealed during Geeked Week that a Castlevania spinoff is in the works!

The upcoming Castlevania spinoff is an animated series that will star Ricther Belmont (son of Sypha and Trevor) along with Maria Renard, and it will be set in France during the French Revolution.

While the series is confirmed to be in the works, there’s no word yet on a release date, as well as other details (including the number of episodes.

The Castlevania Universe is getting even bigger.

An all new series starring Richter Belmont (the son of Sypha and Trevor) and Maria Renard, set in France during the French Revolution, is currently in the works. #GeekedWeek pic.twitter.com/tsdeDpvNGQ

In case you’re unfamiliar with Netflix’s Castlevania, the animated series is based on the game series of the same name. The series follows Trevor Belmont, Alucard, and Sypha Belnades as they defend their nation from the forces of Dracula.

“A vampire hunter fights to save a besieged city from an army of otherworldly beasts controlled by Dracula himself. Inspired by the classic video games.”

Netflix’s Castlevania is created by Warren Ellis and developed by Adi Shankar. The series premiered back in July 7, 2017 with a four-episode first season. The series was then renewed for a second, third, and a fourth season. The fourth and final season of the show released last May 13, and it featured 10 episodes.