Everything you need to know about the Legion Academy Caster Program

The Legion Academy aims to develop the budding talents in the Philippine esports scene. 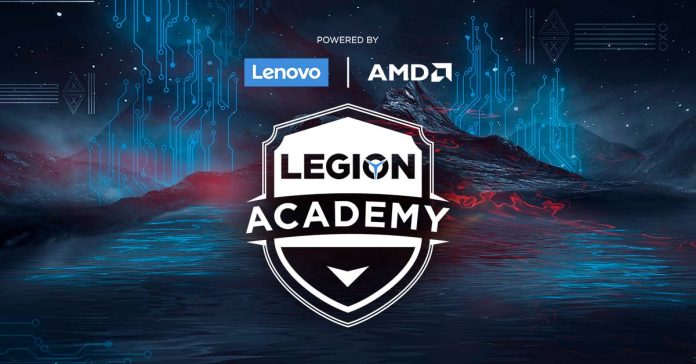 Last July 2, Legion crowned the Yuuske and ExcelSor as the winners of the Legion Academy Caster Program. The two shoutcasters proved to be the best among the entrants, and they were able to show off their skill at the recently concluded Legion Academy Valorant Tournament.

While esports tournaments are almost a dime a dozen nowadays, Legion’s Academy Caster Program is developing the casting side of esports. After all, esports players aren’t the only people you need for a tournament. Shoutcasters are also integral as they help viewers follow the moment-to-moment action, as well as the stories behind the teams/players playing.

While the first iteration of the program may have wrapped up, Legion promises that there will be more to come soon!

What is the Legion Academy Caster Program? 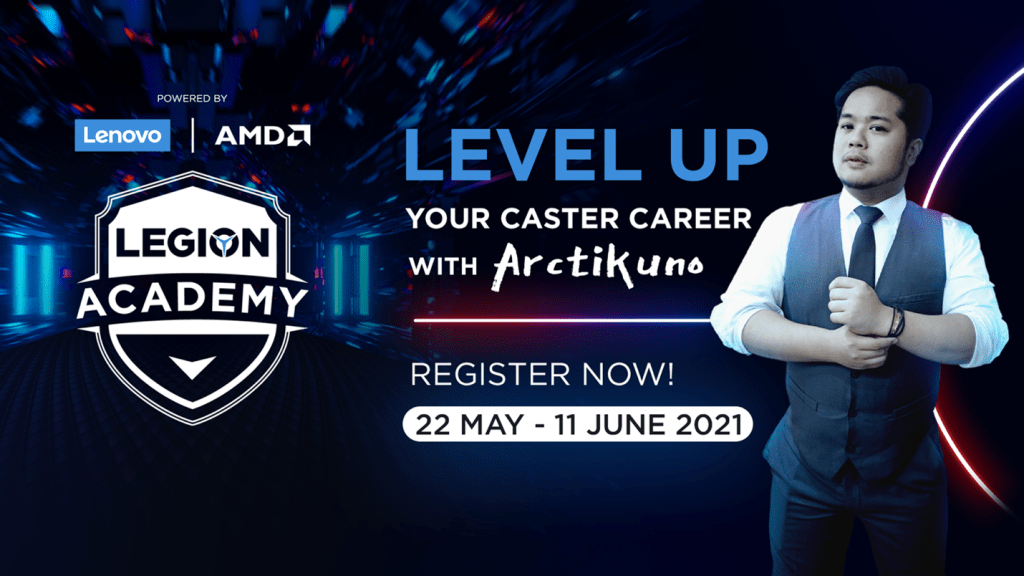 In case you missed it, this program was made in partnership with AMD to discover and develop the budding casting talents in the Philippine esports scene. Specifically, the chosen participants were trained by Edwin “Arctikuno” Theo Rodriguez and shoutcasted the Lenovo Legion AMD Valorant tournament.

“Lenovo Legion has always focused on the grassroots; amateur tournaments, community activities and workshops, all dedicated to sustaining a healthy regional esports community in Asia Pacific,” said Tristan Ver Gonzales, Product Manager Lead at Lenovo Philippines. “As the interest of competitive gaming continues to grow, so did the need for better tournaments, activities and talents supporting them. Expanding on an already established tournament platform, the Legion Academy’s focus on shoutcasters is a stepping stone for us to fully explore how we can best provide for the region while also using our established platforms to generate opportunities for gamers in the region. And with the launch of the 2nd generation of Legion Phone Duel in the Philippines, we look forward to expanding our support and engagement with the local mobile gaming community.”

The Legion Academy program started with an entry phase where participants submitted their 3-5 minutes mock shoutcasting entries. After this phase, the Legion Academy judges chose the top 4 submissions, with the 4 being chosen as the finalists to shoutcast in Legion and AMDs Valorant tournament.

While this event is Legion’s first activity to have this kind of format, the Legion Academy actually started back in 2019 as a shoutcaster workshop.

“The Legion Academy first debuted as a shoutcaster workshop in one of Lenovo Legion’s annual regional tournaments back in 2019, where industry experts would share their experiences with amateur gaming teams who participated in the tournament,” said Gonzales. “The intent was to shed light on what goes on behind the scenes as part of an expert educational component within the gaming tournament. Having evolved since then, the program aims to encourage participation within the shoutcasting space and eventually expand into other areas within the industry.”

Words from the Finalists 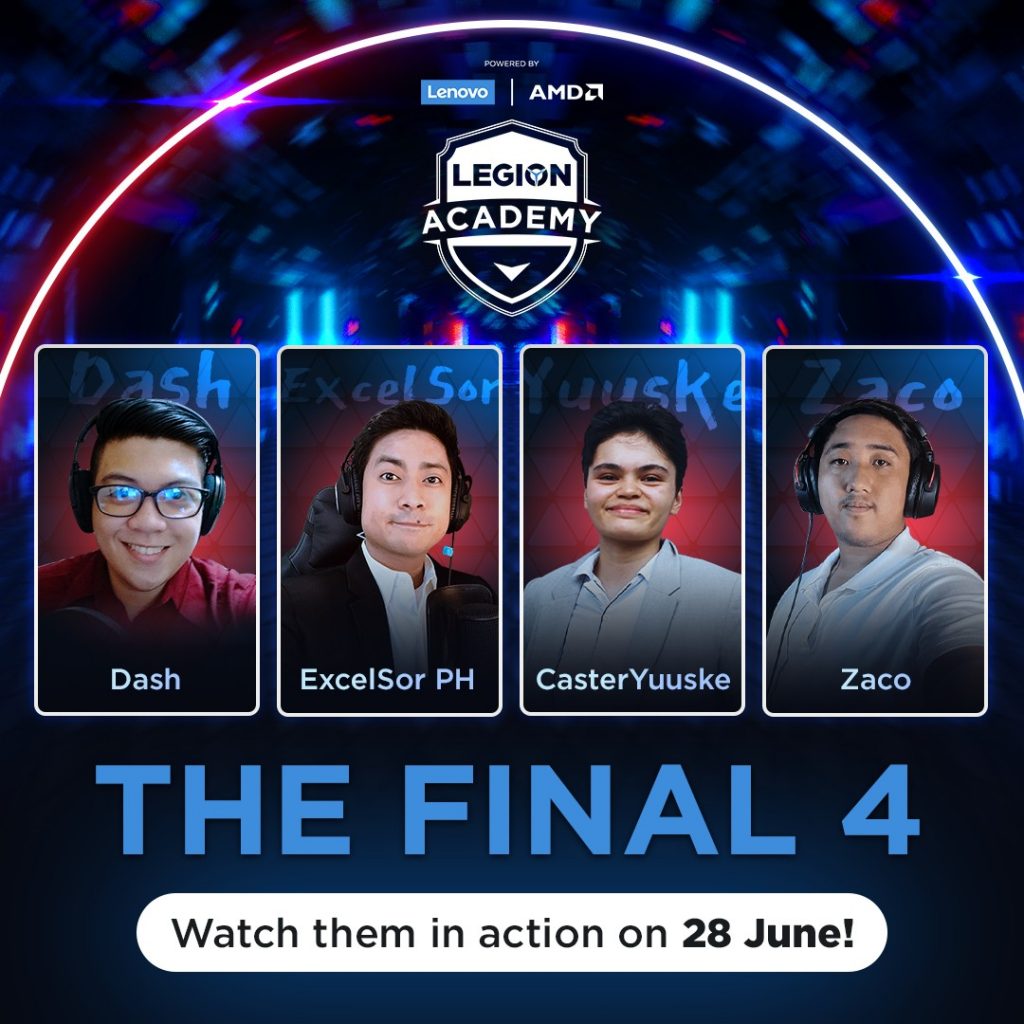 Aside from getting valuable experience during the Valorant tournament cast, the four finalists shared that they learned a lot throughout the whole process. First up, we have the two winners, Yuuske and ExcelSor:

“My highlight would definitely have to be the production side that comes with casting. Of course having to learn the game you will cast is one thing but it is always good to have knowledge for the behind the scenes work. Having to stream, cast, and produce my own product as a final entry really gave me hindsight to the way esports works. Without production, there is no casting and without casting the production would seem lacking.”

“One highlight I learned through the academy is that being proactive is always a pro and never a con. This will help me in my future career in gaming and esports as I have always been hesitant in being more proactive as I am afraid that it might be too forward. From what our mentor Arctikuno said, being proactive has helped him so much in getting to where he is in his current gaming career.”

While it was Yuuske and ExcelSor that won the program, this is not the end of the road for the two other finalists. After all, both shared how the Legion Academy Caster Program gave them invaluable lessons that they can carry with them in their future esports career:

“I learned a lot about the industry during the time that we had in the academy.  We were all equipped with the basics and rules of casting which will help us survive in this industry. Giving us tips on how to create a branding and how to market ourselves was a great start for us. I’ve learned that surviving in the industry is brutal, so you need to be more proactive in finding clients and offering them your services. I’m really thankful for this opportunity because I’m now equipped with what I need in order to help ourselves in the industry.”

“The academy has equipped me with tools that I will soon need to succeed in the near future especially when it comes to connections and having my own brand. Talking to people from the academy really had me interested in pursuing this career because of the many opportunities given to me as e as a new caster in the industry. , Everyone has their own specialty and character when it comes to casting. It’s really great knowing that everyone is different, and I find that very beautiful.”

The Future of Legion’s Caster Program 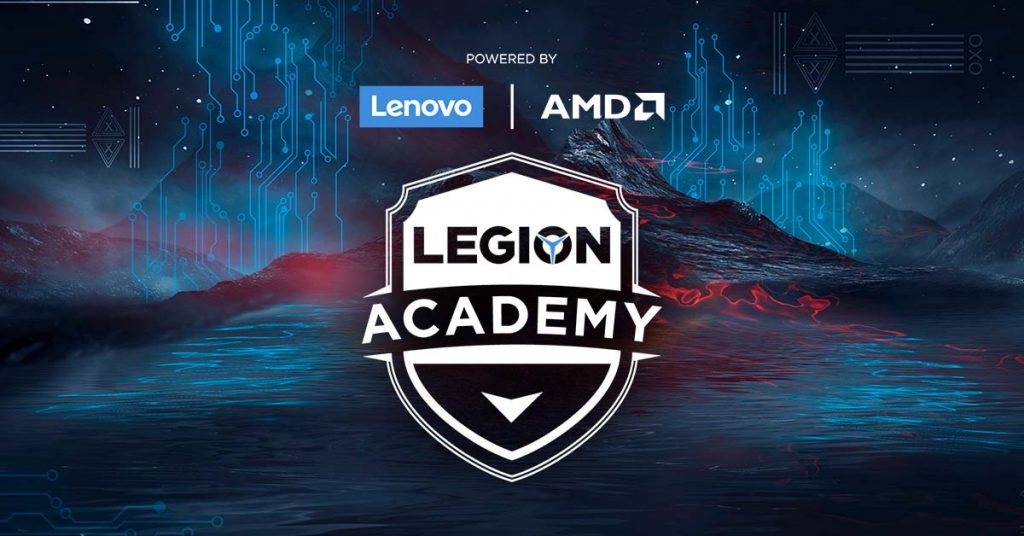 Now that the tournament has come to a close, this is not the end for the Legion Academy Caster Program. In fact, Gonzales said:

“We’ll likely see a new and improved version of the Academy sometime in September after the good feedback we received from this round of participants.”

From its beginnings as a caster workshop to a full-fledged shoutcaster Academy, esports fans in the Philippines should definitely be excited as this opens up more opportunities for Pinoy eports talents. After all, the Philippine esports scene isn’t just filled with great players, it also has a wealth of casting talent that have yet to be discovered.

To learn more about Legion Academy and other upcoming programs, visit legion.lenovo.com/academy

- Advertisement -
Previous article
Netflix releases the main trailer for Kingdom: Ashin of the North
Next article
Vinland Saga season two is official, and it is currently in production