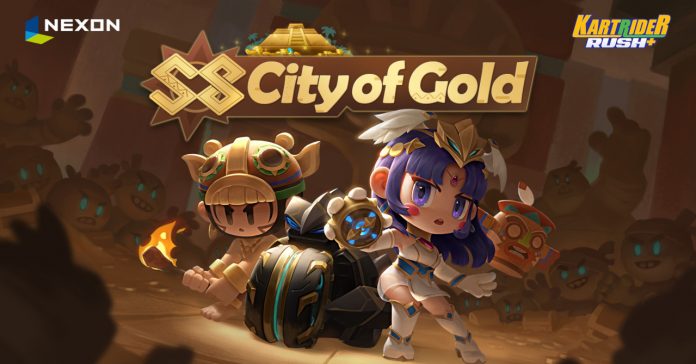 The new Kart designs will mirror the new season’s theme and will include:

On top of these, the new KartRider Rush+ City of Gold update will also include a new mode called “ghost mode.” In this mode, players will be able to experience the optimal drift without worrying about crashing or bumping into other players. Players will also be able to share their memorable racing moments in the “Snapshots Gallery,” plus the “Home Interior” is now added to Home system which players can decorate. Plus a new item in item race has also been added called “Teleporter” which enables players to teleport to a 5th racer.

- Advertisement -
Previous articleThe Witcher: Blood Origin casts Michelle Yeoh as Scian, the last of the sword-elves
Next articleEverything you need to know for Magic: The Gathering’s upcoming D&D-themed expansion