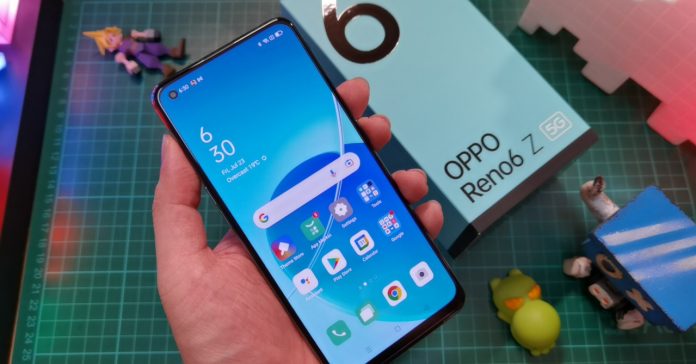 OPPO is now gearing up to launch the Reno6 Z in the Philippines, and it is the follow-up to the Reno5 lineup which released in the country earlier this year. Ahead of the phone’s August 6 launch, we got our hands on a unit to test out. While we still need to play around with it a bit more to give our final verdict, we are impressed so far based on our initial time with it. 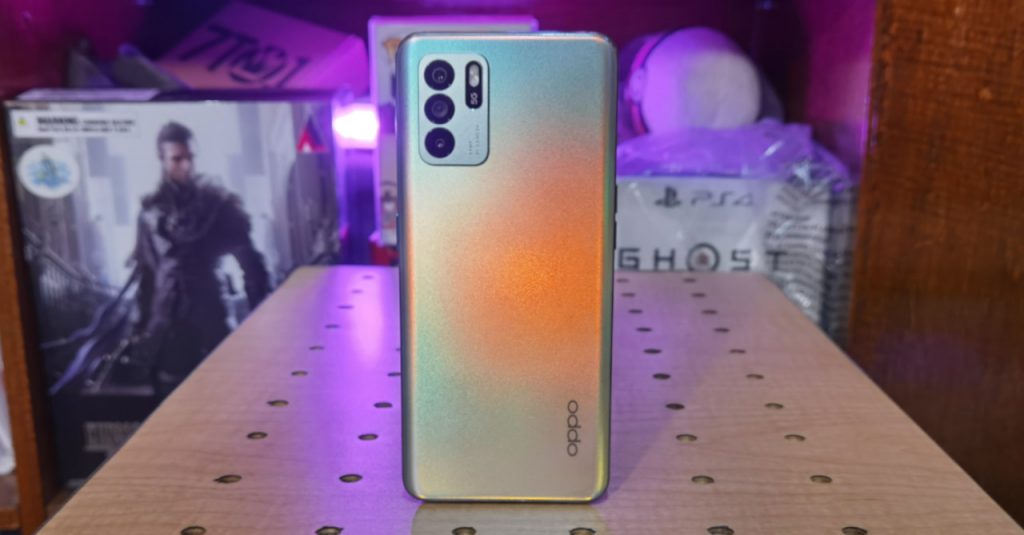 The Reno lineup from OPPO has long had rather sleek designs, but the Reno6 Z has a more eye-catching look in our opinion, especially in the Aurora colorway. In photos, the Reno6 Z looks quite glossy, but it actually has a unique textured finish. While it does reflect light, the back is not slippery and glass-like as it has a matte finish with an interesting in-hand feel. We can’t quite describe what the texture is like, but we are big fans of it. Best of all, it’s not a fingerprint magnet! 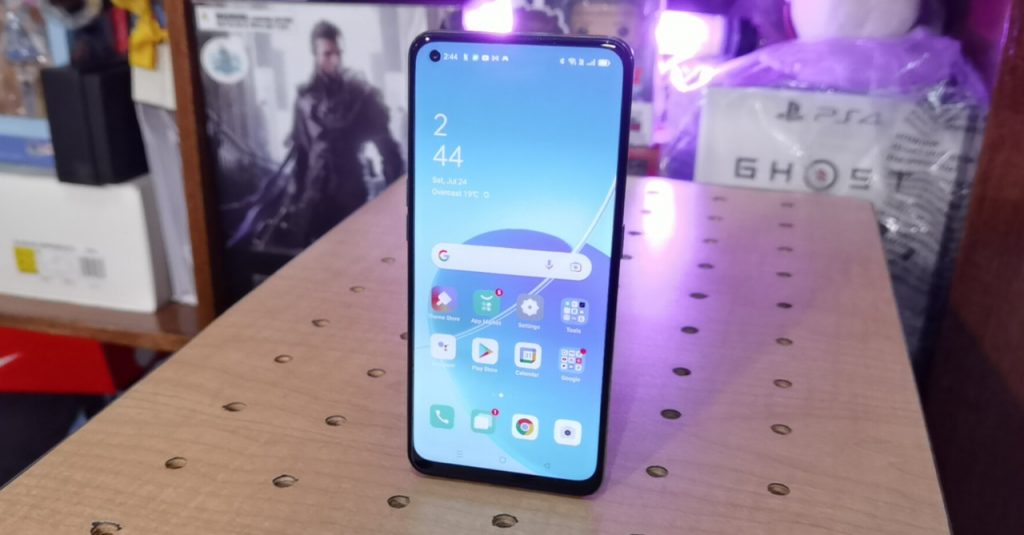 Moving to the front, we have the phone’s 6.4-inch AMOLED display that has slim bezels, as well as a tiny holepunch notch on the top left. As we’ve mentioned in our other smartphone reviews, this is our preferred notch placement as it is much less distracting for us compared with having a notch on the middle.

In the camera department, the Reno6 Z has a 4MP main + 8MP ultra-wide + 2MP macro triple rear camera setup, as well as a 32MP selfie camera. While we’re still testing out the capabilities of the phone’s shooters, on paper, the camera configuration should satisfy most users. For our verdict on the cameras and for sample photos though, you’ll have to check out our full review which should release soon. 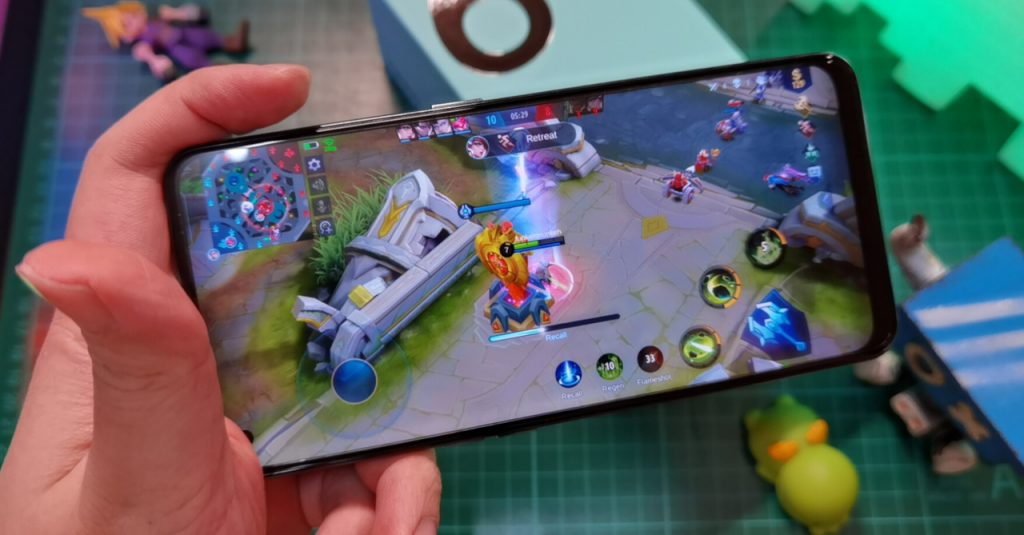 What we did get to test out was the phone’s gaming capabilities; at least for a select number of titles. For popular games such as Mobile Legends, the Reno6 Z is no slouch thanks to its MediaTek Dimensity 800U processor. Though we do have to try out more hardware-intensive games to see how well the Reno6 Z holds up overall for gaming. 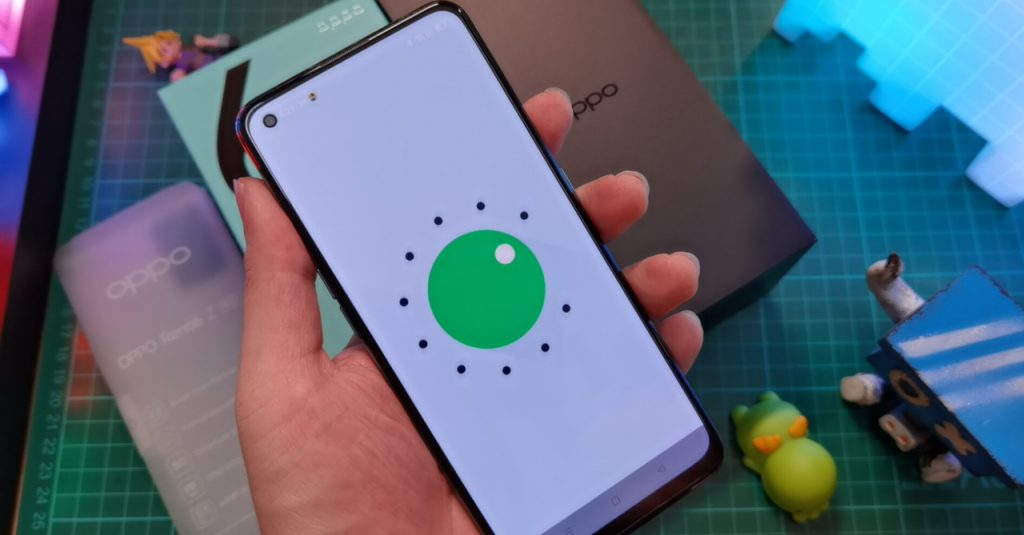 As for battery, the Reno6 Z has a 4310mAh battery which is not the biggest among other new smartphones, especially as a lot of newer models come with 5000mAh or more. Still, 4310mAh should be enough to last a day, depending on usage. A good thing though when you run out of juice is that the phone supports 30W fast charging. 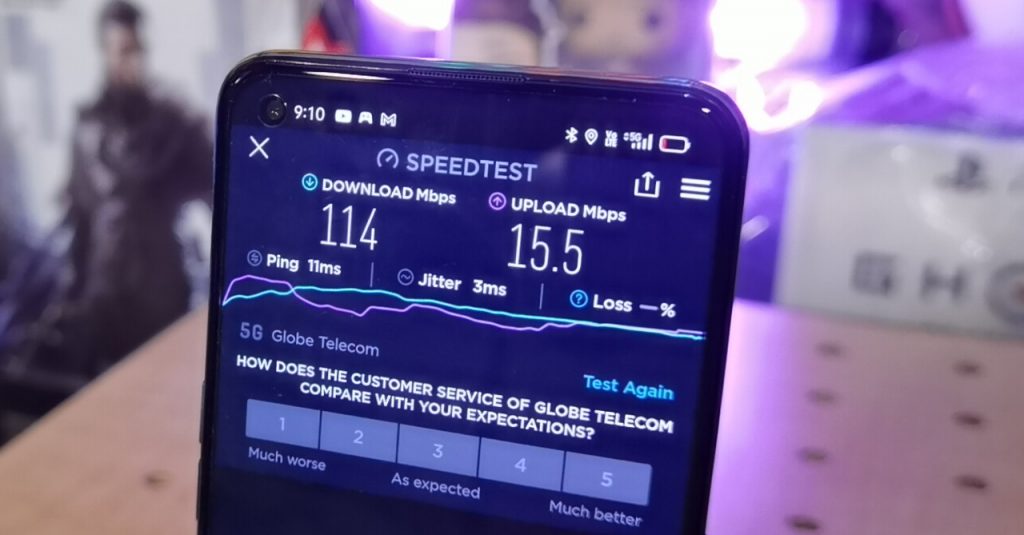 One key advantage of the Reno6 Z compared to other mid-rangers is that it is a 5G-ready smartphone. Given that 5G has rolled out in a lot of locations already, having a 5G phone is an advantage today for downloading bigger files, as well as for gaming. 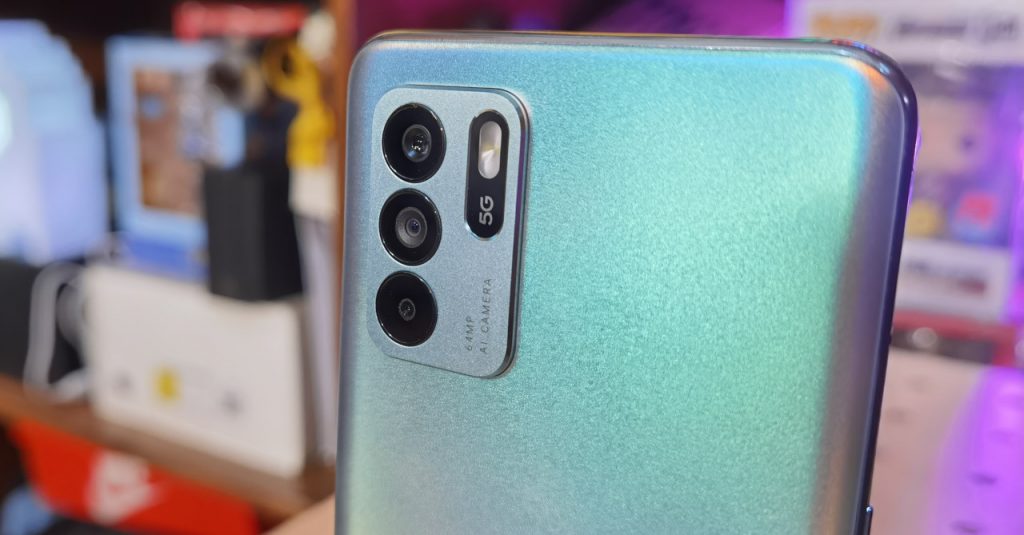 While we have yet to fully test out the Reno6 Z, we’re already impressed with the phone based on our initial impressions. The newest mid-ranger from OPPO packs promising specs, as well as a premium design which should make it a good choice. Though before we find out if this new Reno device is a great deal, we’ll have to wait till the phone’s launch on August 6 to find out how much it’ll cost.

Watch out for our full review of the Reno6 Z soon!