Re:Zero Season 2 is coming to Netflix later this month 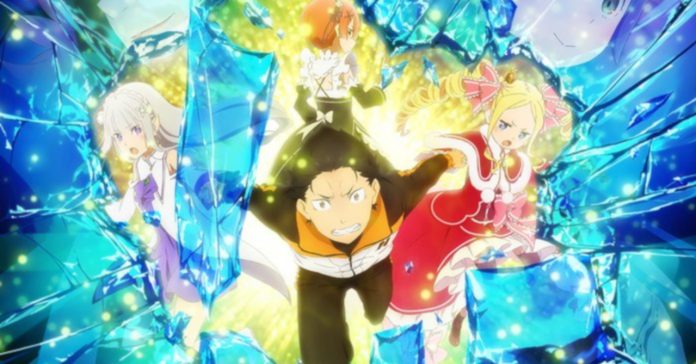 Having finished airing last March, Netflix has announced that season 2 of Re:Zero − Starting Life in Another World is coming to Netflix in select regions, including the Philippines, starting July 30, 2021.

The release of Re:Zero Season 2 on Netflix was revealed in the Coming Soon tab of the Netflix app. 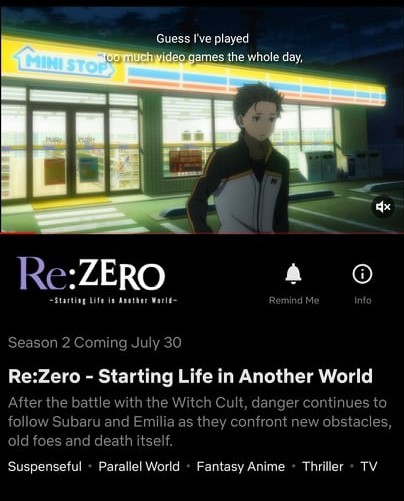 While Season 2 of the anime series is confirmed to release on Netflix, it won’t be available in all countries. Plus, there’s no word yet on if the full second season will release. This is because Re:Zero Season 2 is split into two parts, with the first part having 13 episodes and the second having the remaining 12. Though we do expect that the full second season will release.

Not familiar with the series? Re:Zero − Starting Life in Another World is an isekai anime series based on the light novel series of the same name. The series follows Subaru Natsuki who finds himself transported into a fantasy world, but unlike other isekai shows where the protagonists gains powerful abilities, Subaru gets time travel that only activates whenever he dies.

“Subaru Natsuki was just trying to get to the convenience store but wound up summoned to another world. He encounters the usual things–life-threatening situations, silver haired beauties, cat fairies–you know, normal stuff. All that would be bad enough, but he’s also gained the most inconvenient magical ability of all–time travel, but he’s got to die to use it. How do you repay someone who saved your life when all you can do is die?”

Interested in watching the show? Season of Re:Zero is streaming now on Netflix in the Philippines and in select regions.