Good features, but could use a bit more power. 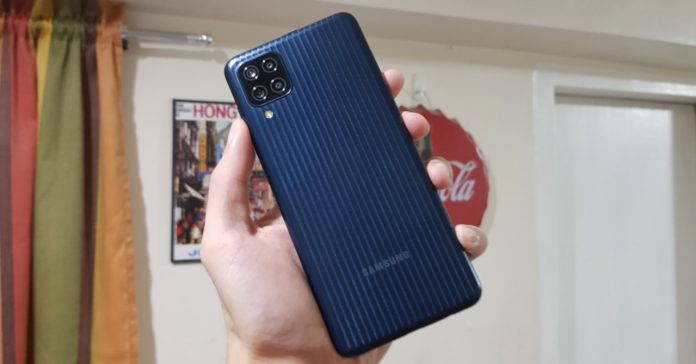 Last month, Samsung launched the Galaxy M02 and M12 in the Philippines, and both phones promise great bang-for-buck thanks to sub PHP 10k price tags. 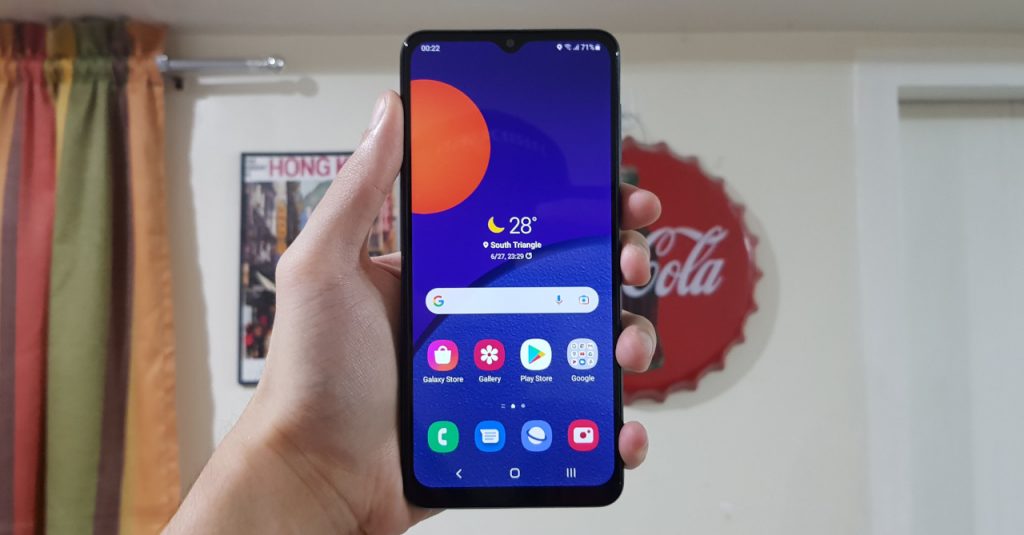 Given the phone’s feature set and price tag, it seems that this new Samsung Galaxy device is a great deal. While it’s great on paper, there are also lots of budget smartphones to choose from, most of which also pack impressive specs.

So, does this new entry-level Galaxy smartphone deliver in actual use? Find out here in our Samsung Galaxy M12 review. 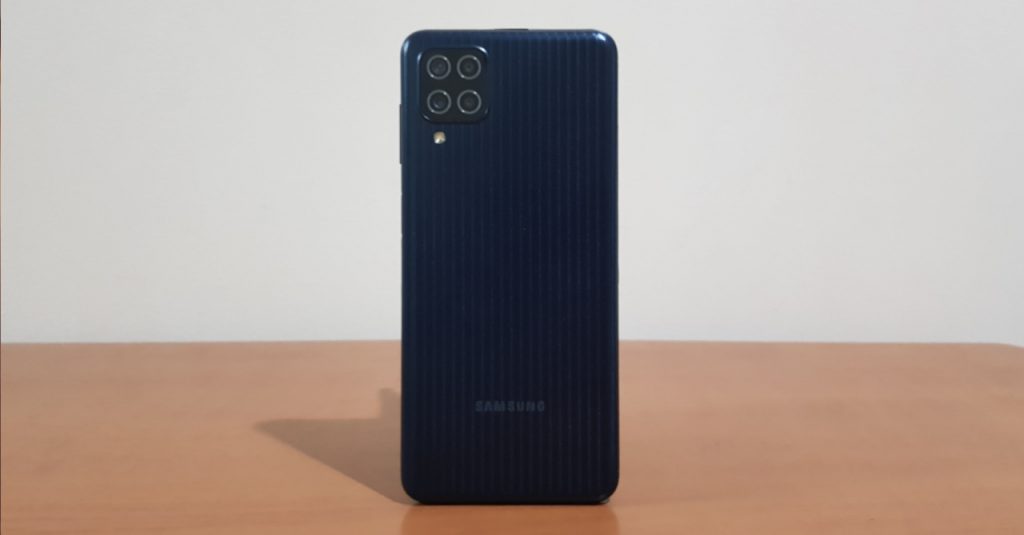 First off, let’s take a look at the phone’s design. The Galaxy M12 has a polycarbonate back, which is what you’d expect in a phone at its price range. At the back, you’ll also see the phone’s quad camera setup, as well as a small Samsung logo on the bottom part. 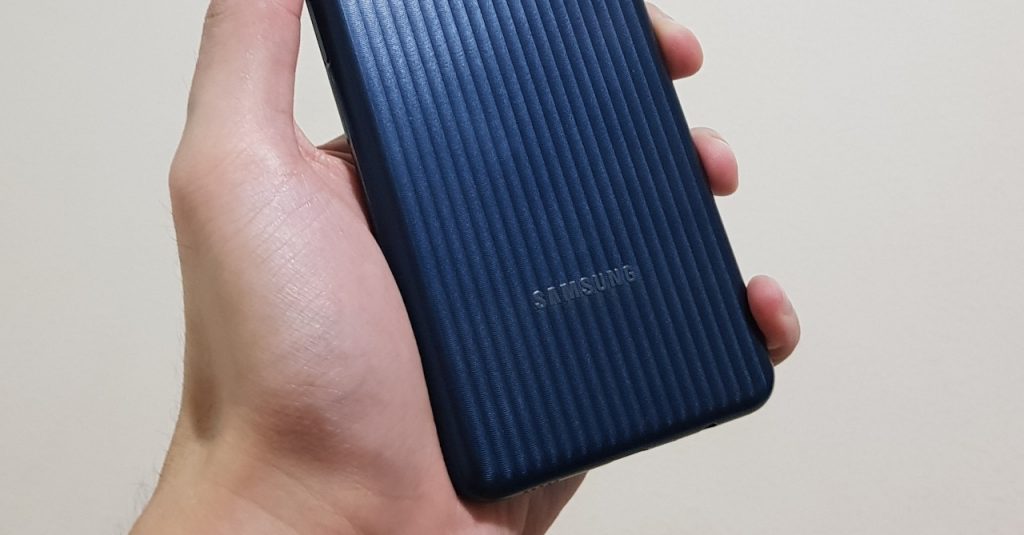 Upon closer inspection, you’ll see that the Galaxy M12 has a textured matte finish. While the design of the back isn’t something I’d call eye-catching, the look is nice, especially for users who want a phone that’s not too “loud” in terms o design.

What’s also great about the phone’s matte finish is that it feels quite grippy in hand, meaning it likely won’t slip while in use. The finish is also not a fingerprint magnet, meaning you can opt to use the M12 without a case. 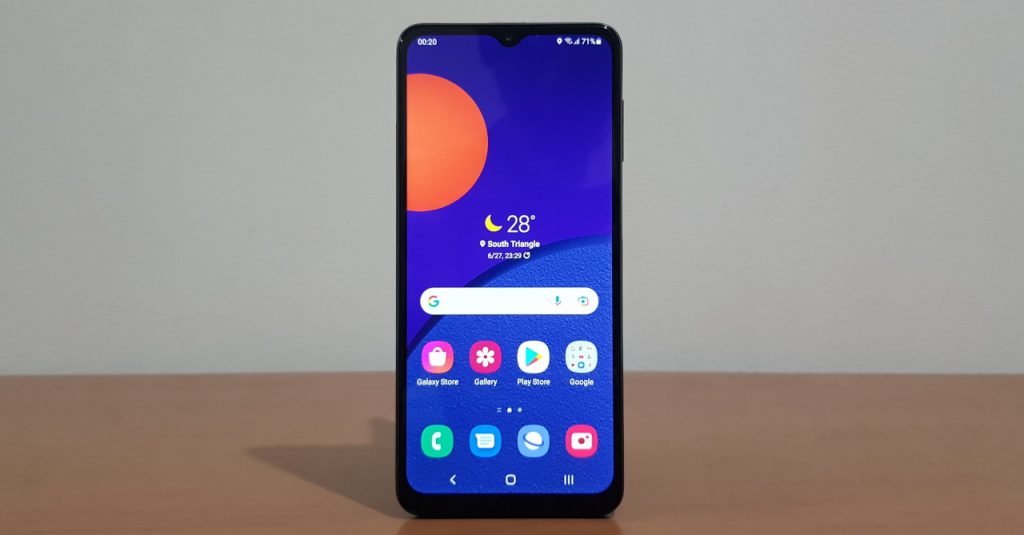 At the front, we have the M12’s 6.5-inch HD+ display that comes with a waterdrop notch at the top (similar to other budget smartphones). While other Samsung phones we reviewed had smaller dot notches, the M12’s notch is still small enough that it doesn’t stick out that much, even when watching content in full screen.

The display looks nice in terms of design, but what about for binge-watching? Well, it works just fine. 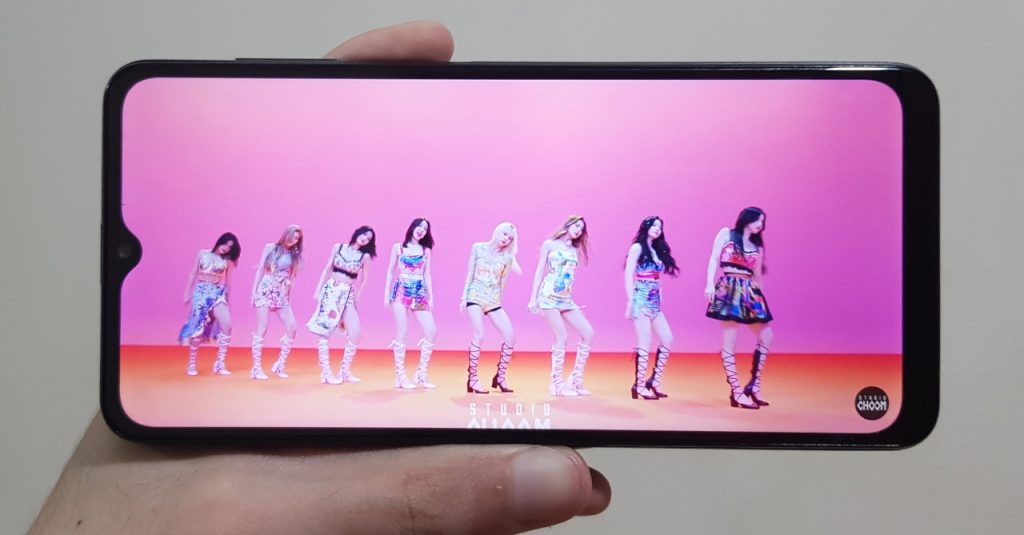 Unlike mid-range Samsung phones which pack AMOLED displays, the M12’s screen is an LCD screen. While this means colors are not as vibrant as an AMOLED panel, the M12’s screen should still deliver a good movie/series viewing experience. It also helps that the screen can get plenty bright.

As for resolution, the M12’s display has a 720p resolution. For a budget phone, this is acceptable. Personally, I had no issues with the phone’s display in terms of sharpness; but again, this is in the context of it being a sub PHP 10k phone.

Audio-wise, the phone’s bottom-firing speaker is not the best. It should work in a pinch, but for longer binge-watching sessions, I’d recommend external speakers or headphones which you can connect via Bluetooth or through the phone’s 3.5mm headphone jack.

The Galaxy M12 is powered by an Exynos 850 Processor, and it comes paired with 8GB of RAM. So how does it hold up for gaming? Well, it works well for popular games, provided you don’t max out the graphics settings.

When playing less demanding games such as Mobile Legends and Wild Rift, the M12 holds up well, at least on the Medium or High setting. Wild Rift for instance, was able to run at the High graphics quality setting, though it didn’t hold a consistent 60FPS frame rate. For a smoother experience, Medium is the setting I’d recommend.

Meanwhile, more demanding games like Call of Duty Mobile ran fairly smoothly, but you should keep it at the default Low setting for a smooth experience. The phone’s performance in CoD also indicates that the phone might struggle with the most hardware-intensive games such as Genshin Impact.

To start off, let’s take a look at how the 48MP main camera performs. For daytime shots, the M12’s main shooter is able to take quality image with good colors and lots of detail. The same can be said for indoor photos, though you’ll need to have good indoor lighting for high quality shots.

There is a step down in quality for low light photos though (as expected) as there is some softness to the images. Sadly, the M12’s camera app does not have a dedicated Night Mode, meaning you’ll have to make do with Auto Mode shots, or try out Pro Mode to get better low light images.

The M12 also has a 5MP ultrawide camera, and it works well enough for daytime photos. Sadly, night shots are dim and lacking in detail, though this performance is expected given that this is a budget phone after all.

Next up, we have the macro shooter. This 2MP camera can capture nice close up shots, though I’d recommend using it outdoors as indoor macro photos don’t have the same level of quality, and the colors are a bit on the cool side.

For selfies, the phone’s 8MP shooter is not bad, as selfies are of decent quality. Finally, the 2MP depth sensor allows the phone to take okay portrait shots. What I like about the M12 for portrait shots though is that you can edit the level of background blur even after you capture a photo thanks to the Live Focus feature.

For day-to-day use, the M12 runs well for the most part, though it does feel a bit sluggish when scrolling through the menu or when switching between apps. While it’s still usable, it doesn’t feel as fast and snappy as other devices. 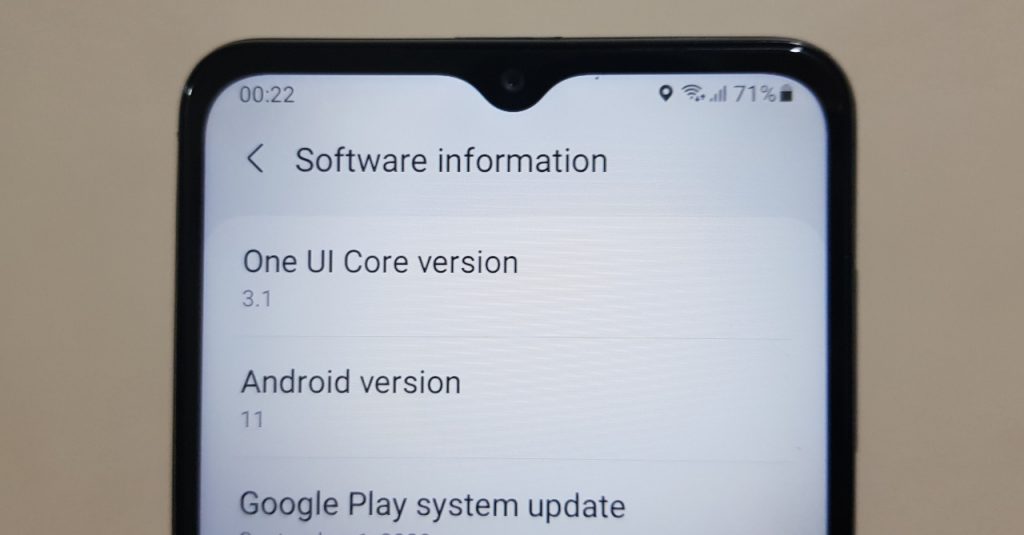 While it could’ve been a bit snappier, the good thing about the M12 for everyday use is that it runs on One UI based on Android 11. Personally, I find that One UI is one of the better Android UIs I’ve used in terms of looks and functionality. So if you also like Samsung’s take on Android, the M12 will not disappoint.

Finally, the M12 has an impressive battery life thanks to its 5000mAh battery. On a single charge, the M12 can easily last for a day, and it can even last for two on light to medium use. If you do need to charge it, the M12 comes with 15W Fast Charging support, meaning you won’t have to wait too long to reach full charge. 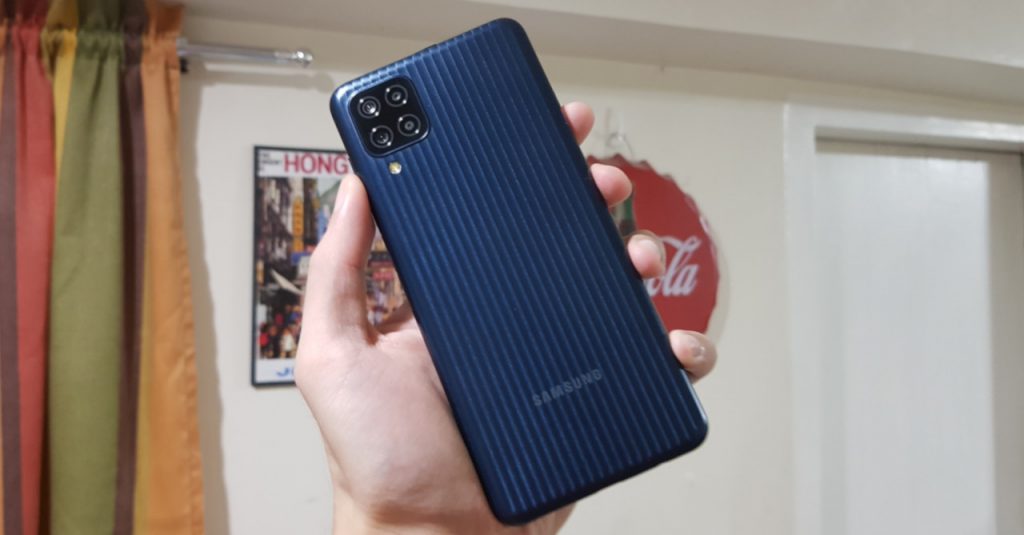 Thanks to its good design, capable cameras, and long battery life, the M12 has a compelling list of features that make it a good budget smartphone. But it’s not a perfect device as it can feel a bit sluggish a times in use, and its gaming performance could be a bit better.

Still, you can’t really go wrong with getting the Galaxy M12. Though it’s tough to claim it as the best budget device right now, especially as there are a lot of great budget Android phones at its price point.

- Advertisement -
Previous article
Indiana Jones’ actual Fedora yields over $300K at a recent auction
Next article
Ghost of Tsushima Director’s Cut is official, releasing this August on PS4 and PS5