UniPin Shares the Joy of a Decade of Journey 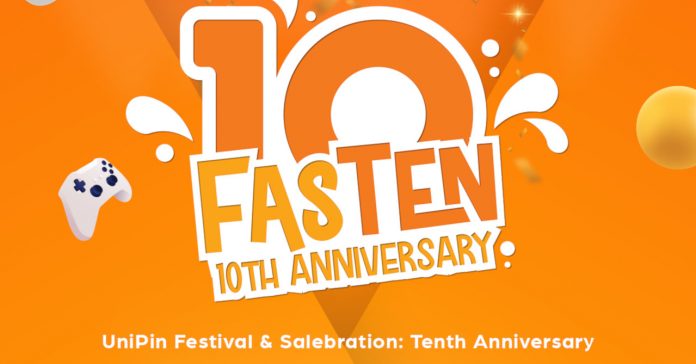 Universal Pin (UniPin) celebrates its tenth anniversary as the leading digital entertainment enabler in 2021. To celebrate a decade of success, UniPin hosted an online festival called FASTEN, Festival and Salebration: 10th Anniversary to honor the occasion. The festival takes place from July 10 to July 30, 2021, in three nations: Indonesia, Malaysia, and the Philippines. 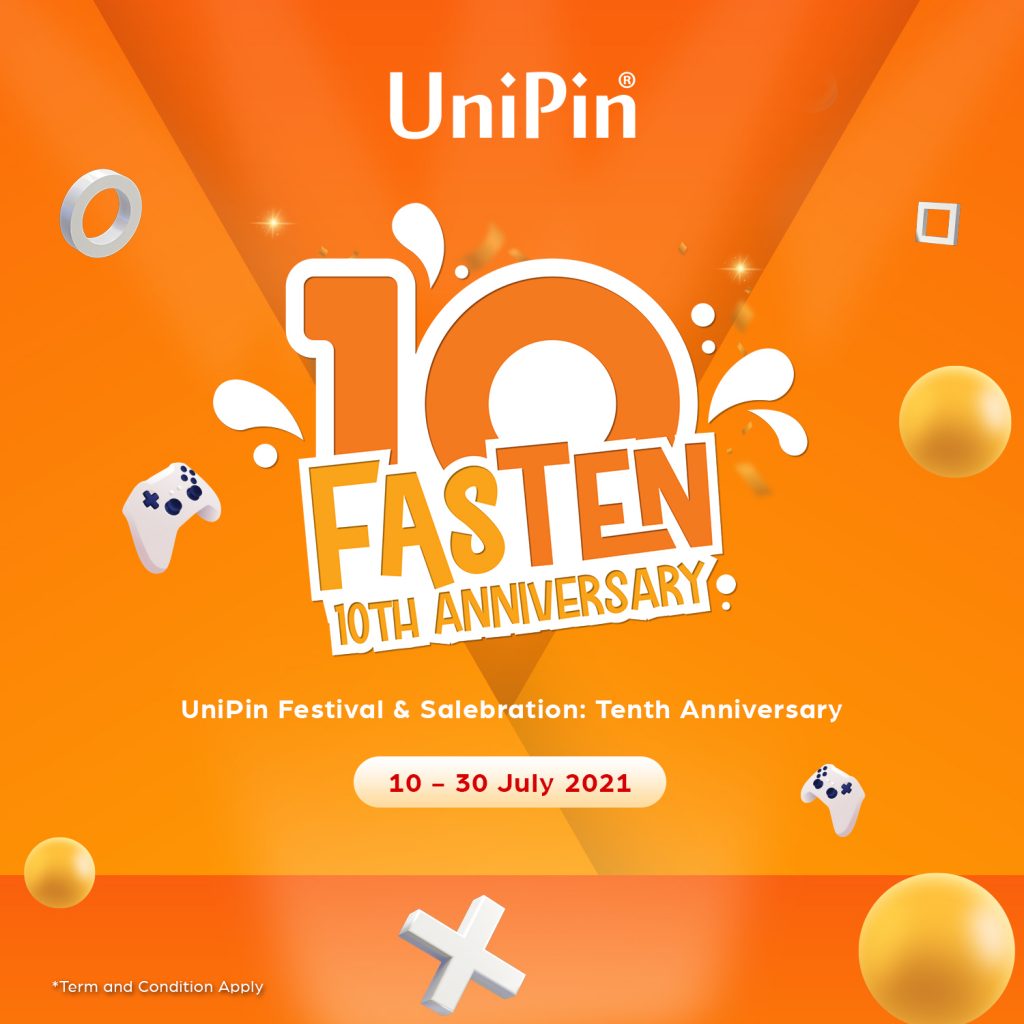 Don’t miss out on the UniPin giveaway collaboration with favorite gaming influencers such as Prof B, Ishpaghetti, Jaren Gaming, Jbrob, Signus, Gazmo, Bluemings Gaming and Chantelle. These gaming influencers will give away UniPin Credits via a special live stream on their Facebook accounts.

The CEO of UniPin, Ashadi, hopes that this online festival would bring entertainment and amusement to everyone at home amidst the pandemic.“Passing a decade is a very big achievement for us. On this occasion, we would like to thank and share happiness through various activities that have been prepared specially. Hopefully, FASTEN and all of its programs can provide happiness and joy of this anniversary to all UniPin users in their respective homes,” Ashadi concluded.